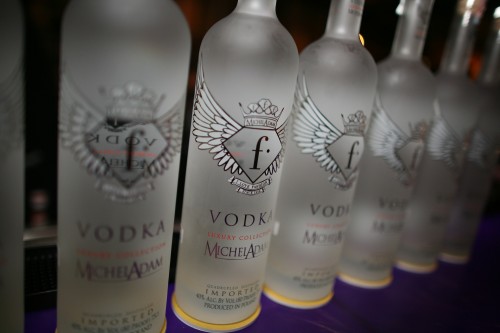 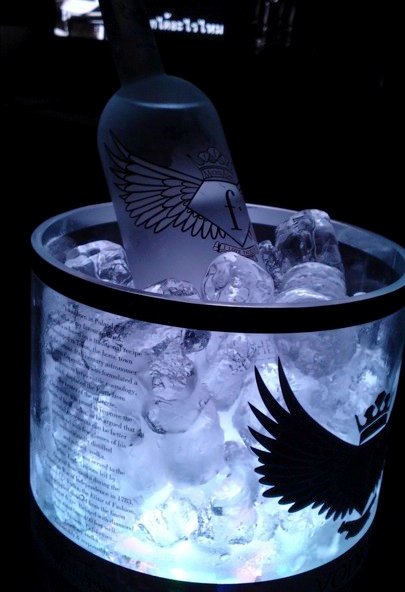 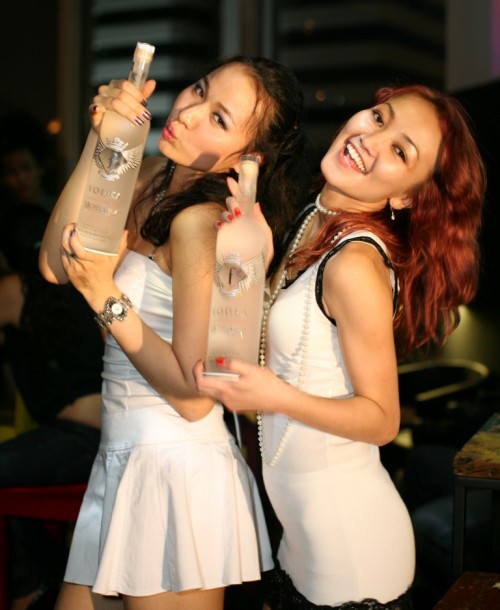 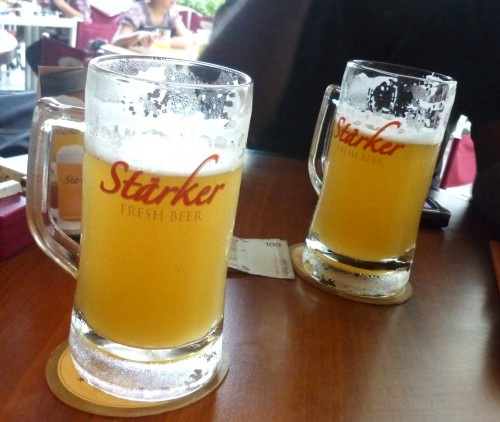 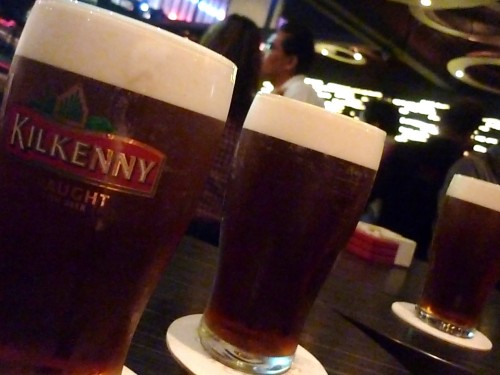 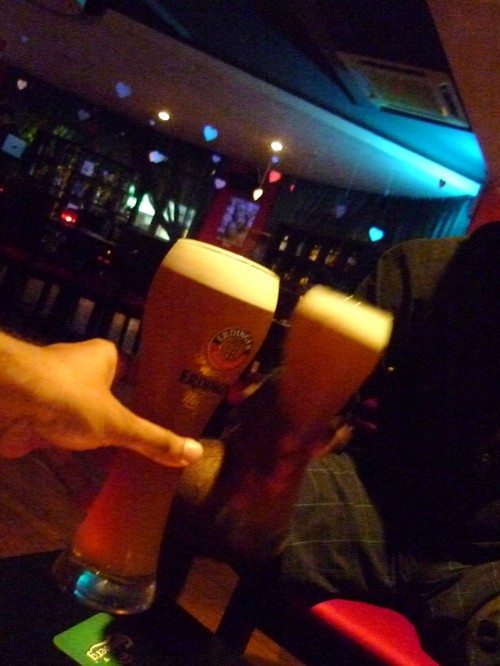 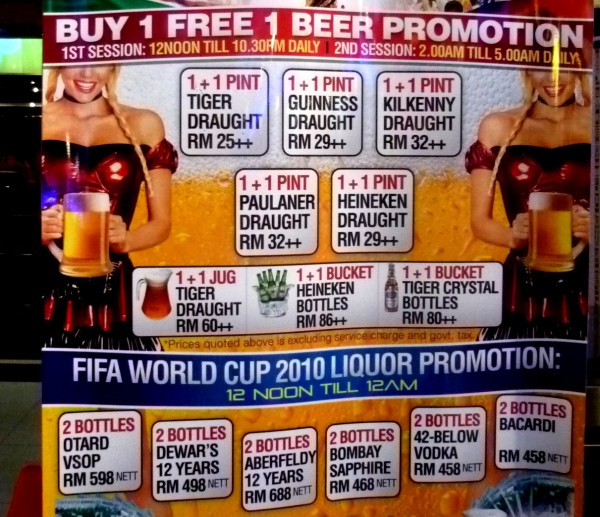 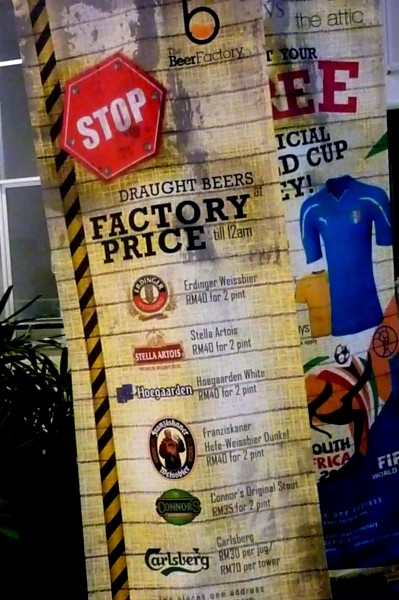 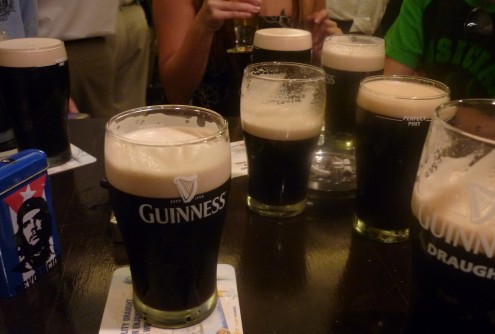 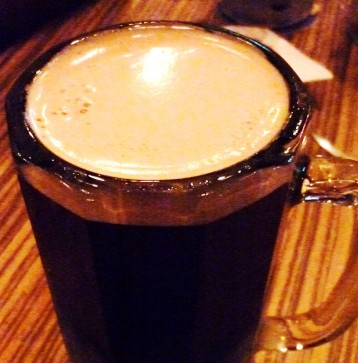 …u’d luuv Spaghetti Grill (2287-2220). They serve it ice-cold, like Chilis, but without the complimentary ‘people-haters’ managers. It’s located at Megamall, facing The Gardens. 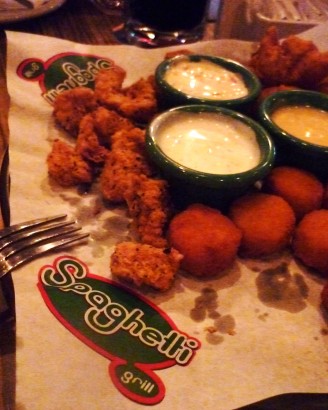 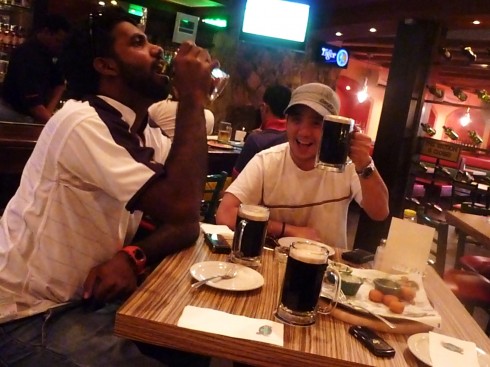 U know when you’re halfway or nearing the end of your pint of beer/Guinness, and it starts to taste crap coz of the rise in temperature? Dat really sucks, and seriously affects the taste of the drink, making u less likely to order another. This problem dont exist at Spaghetti Grill, cos the thick-glass mugs are stored in the freezer until needed.

It remains real cold till d last drop! No shit. 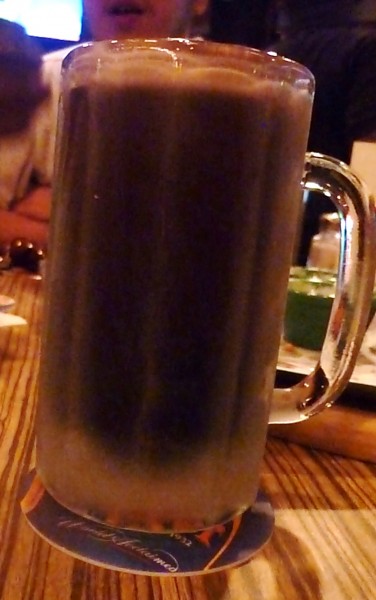 Now that what i call a COLD ONE 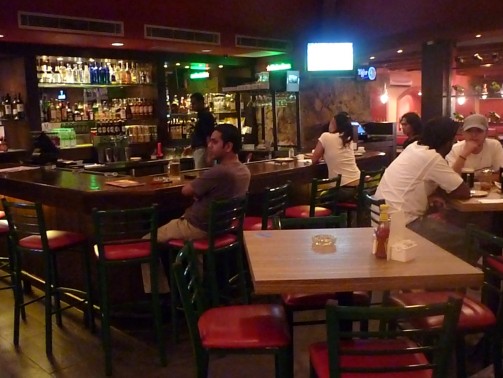 Its got a full bar 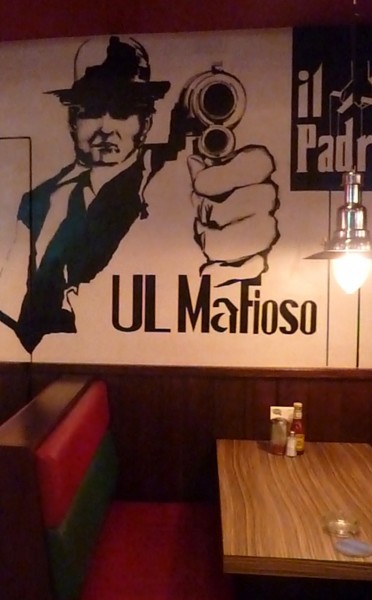 The outlet is owned by the same company that owns Chilis, hence the similar set-up. But the manager here, Ashok, is a nice guy. He could teach Chili’s managers a thing or two, or a thousand.