Its kinda surprising that many drinkers dont know some basic drink measures & bar terms. Lemme see if i can assist. 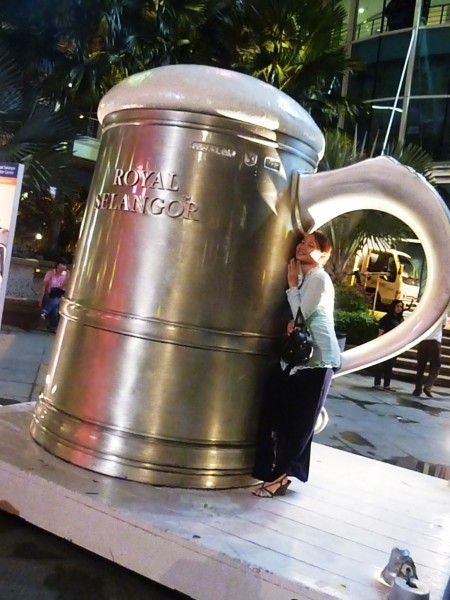 Dats called a mega-pint (the mug that is)

Hoegaarden (draft) is served at 500ml, which is in between US & UK measure of one pint. The ‘half pint’ Guinness comes in 12 oz glasses, which is not a “perfect pint” as Guinness claims. It’s 350ml.

According to established, award-winning bartender Mark ‘Maverick’ Robert, many bartenders here use a jigger, the cone-shaped measuring cup to pour a shot of liquor. “But that’s only 25ml, so ur being short-changed quite a bit. Those are illegal as measuring apparatus,” says the ex-bartender, who know works with Sid’s Pubs.

If customers cant tell what one shot should look / taste like, thats too bad. 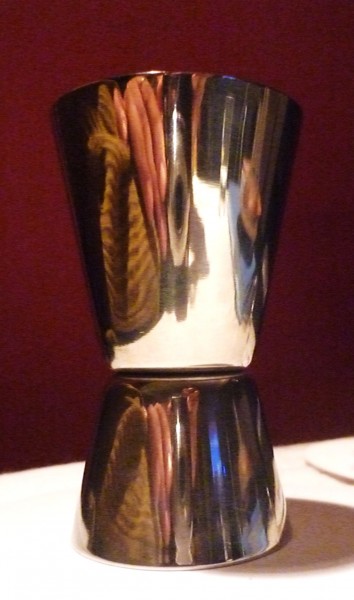 The licensed ones are the optic pourers, the transparent ones that are latched onto upturned bottles, where the glass is pressed against it &  d 30ml shot is dispensed.

“Most bartenders dont use any equipment – they just count it down – three seconds for a shot.” This is known as free-pour.

Alcohol – a lifestyle beverage containing ethanol, dat can make u do stupid shit

Neat / straight – a shot of liquor with no mixer, ice or water

On the rocks – the above, plus ice

Punch – a mix of juices & alcohol, served cold. Also what u end up with if u talk too much shit in a bar

Call drink – to request a particular brand of booze, as opposed to the house-pour

Chaser – a drink that’s taken immediately after another, normally to help wash it down. Or d chick / dude dats drunk, & on your tail all nite

Grenadine – a popular sweetish flavoring for drinks. It is made from pomegranates or red currants

Aperitif – a French term referring to a light alcoholic drink taken before a meal to stimulate appetite. Sometimes this pre-meal drinking can end up being the appetizer, main course & dessert

Magnum – large bottle of booze, twice the normal size. I like

Lok-lok– God-sent pushers of bites, always waiting loyally for u to pig out after ur drunk