Yea, there’re some good promos on these days, as 2011 matures. Competition is stiff among bars. In the last one year alone, the number of new bars has been amazing.

Strapped for cash? Most bars can afford to give away what seem like ridiculous deals. I sure aint complaining. Almost all bars have these deals daily, and that includes weekends!

Best part is, the line between happy hours and sad hours are blurry. While HH used to be for a few hours in the evenings and on weekdays, in some bars it’s not restricted to that anymore.

Here’s a snapshot of the best spots that i know for good thirst-quenching deals. (Strictly not for those who only have one glass.)

I think ALL promo outlets happen to be Guinness Anchor Bhd ones. Wattup. Isnt Carlsberg Malaysia doing anything?

If ur a consumer, or outlet owner, pls feel free to add on, if its a good deal. 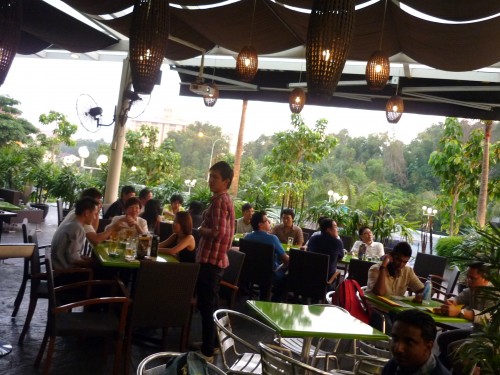 Guinness lovers, heads-up bitchis. Located in The Sphere, Bangsar South, S’mores Restaurant and Bar has been goin nuts. For an undetermined period (at least a coupla months still!), a pint of Guinness is goin for only 12 bucks NETT for certain days of the week. And no, its not Monday & Tuesday from 5pm to 7pm or some crap like that. It’s every Thu, Fri & Sat, from NOON till 11pm. Beat that!

A veryy long Saturday brunch anyone?

The catch? Minor. All u gotta do is order one food item per person, and then your drink orders are unlimited. Smore’s gotta nice outdoor lounge.

Prefer cider? Sorry, am all out of Baad Apples™ hooch for now. But at S’mores every Wednesday (all day, till 10pm), u’ll get a pint of Strongbow for only $15 NETT. Also with purchase of one food item.

I’ve only checked this outlet out very recently, in Sunway Giza, Kota Damansara, so i can vouch that it’s an authentic deal. Already i been there thrice. Good for pre-partying. Or weekend afternoons.

After 8pm, the deals are sweet too. Call for details. There’s a new Movida in Malacca now. 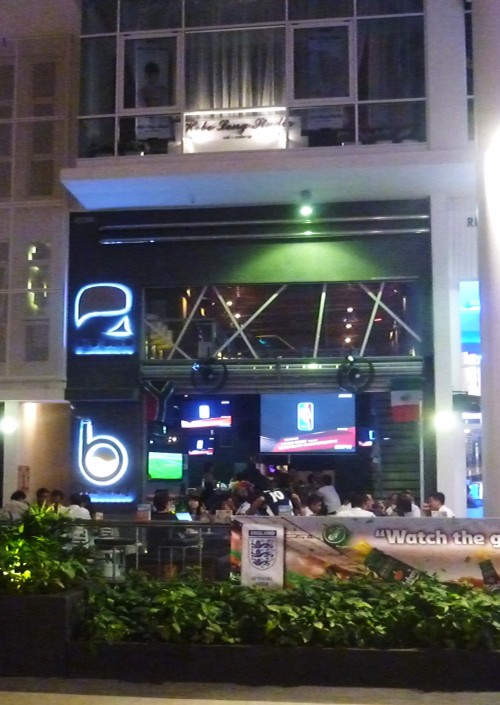 A short dance away from Movida, with similar deals. Only better. 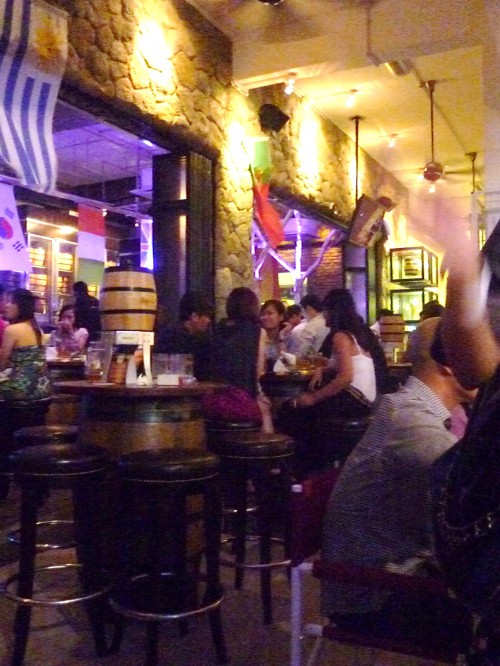 Also a crawl away, Overtime has some Malaysian-brewed German beer called Starker, and before 7pm, it’s one-for-one, so works out to $17.40 per 500ml NETT. Some say it tastes better than Hoegaarden. And better value. There are nine outlets all over the place. 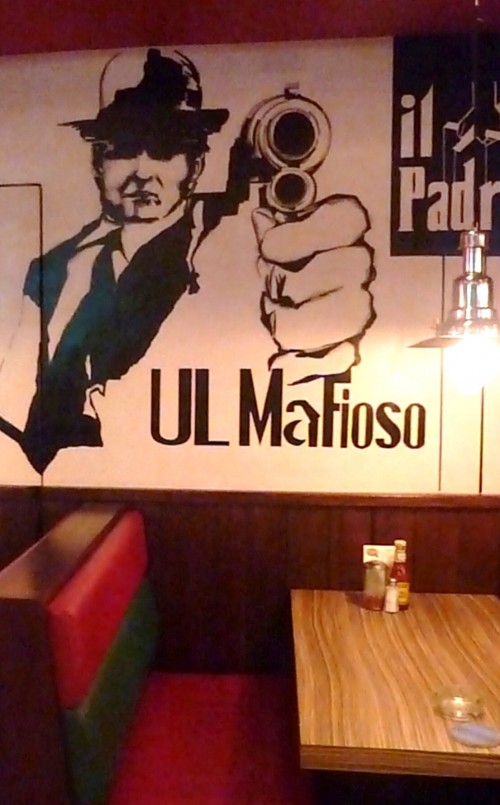 U losers in MidValley might get screwed by the traffic, but this American-diner-style joint balances shit out.The last time i was there, a pint of real cold Guinness in FROZEN mugs was below $15 NETT all day & night.

It’s so good n smooth, u could finish it in four gulps, easy. The liquors are only about 8 bucks, and no, it aint moonshine. Whisky is Famous Grouse.

The snacks are good too. 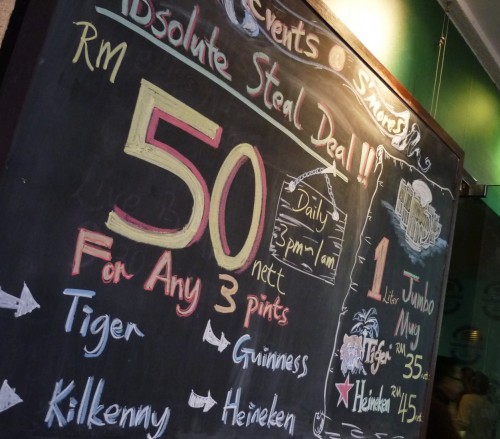 There’s some crazy 33 bucks for three pints (Kilkenny/Guinness) deal at The Curve, at Sanctuary, but its only until 7pm (daily). Malone’s at the same mall has two pints for these prices everyday: 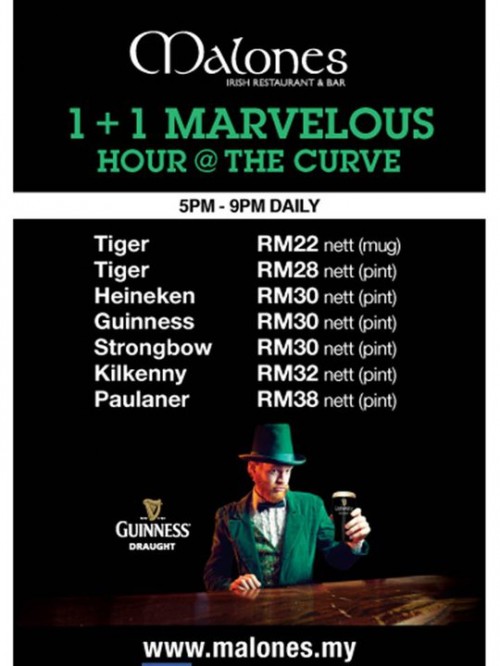 That sure saved me a lot of fucking typing. I hate typing.

I’ve added links for all the outlets, so give ’em a call if ur going if u wanna verify the deals.

After all this effort, I hope i dont get asked anymore “Eh, where to get cheaper beers??”. But i guess i will. Haha!

Enjoy, salud, and better buy me one someday!