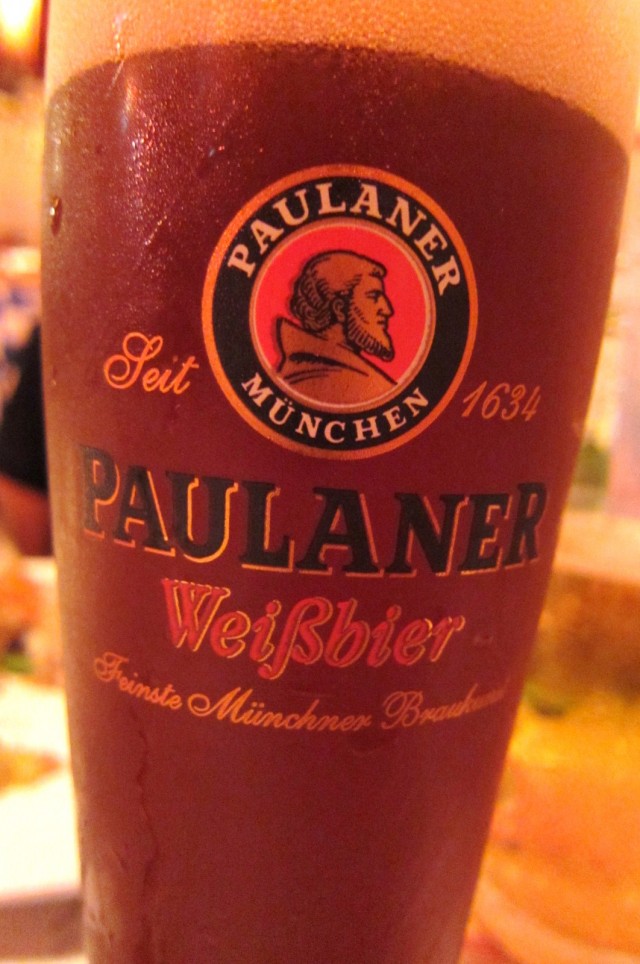 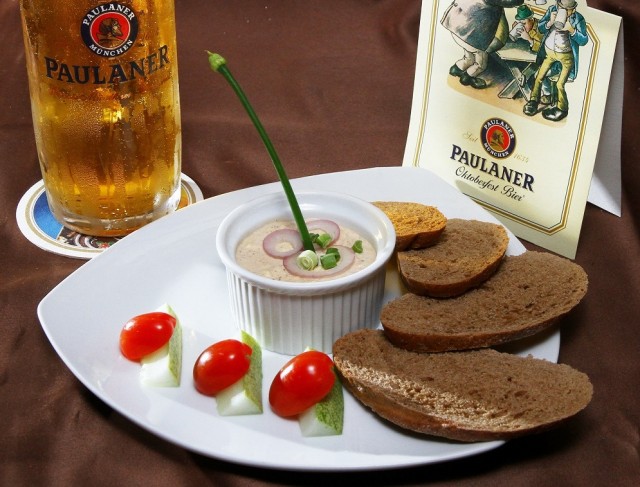 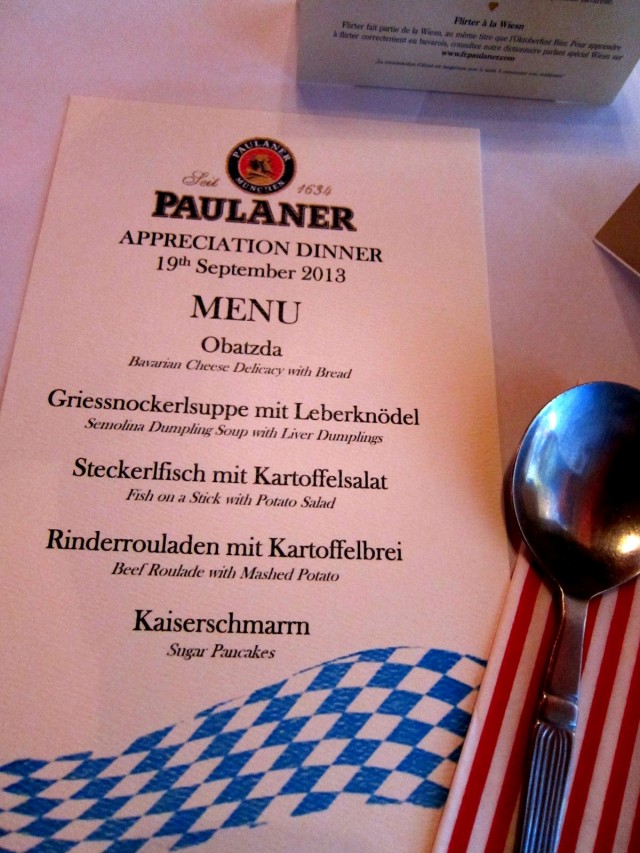 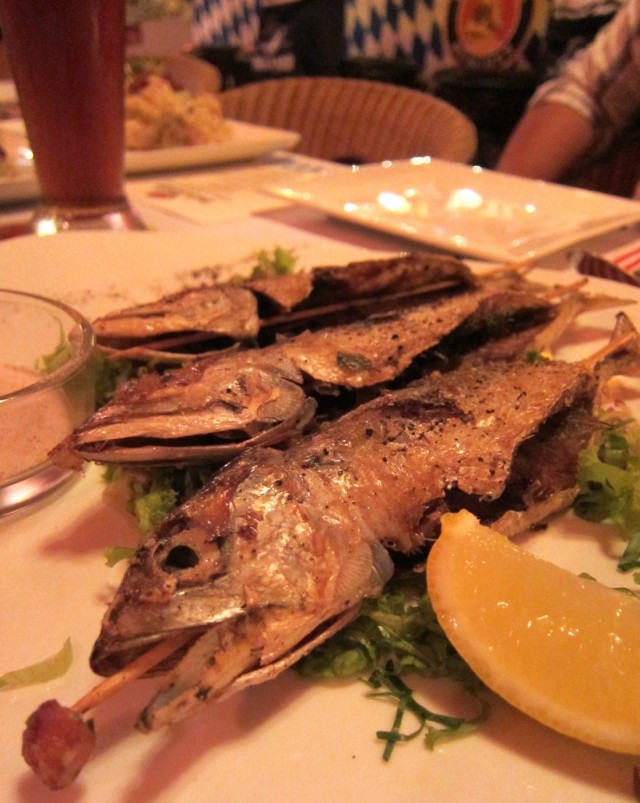 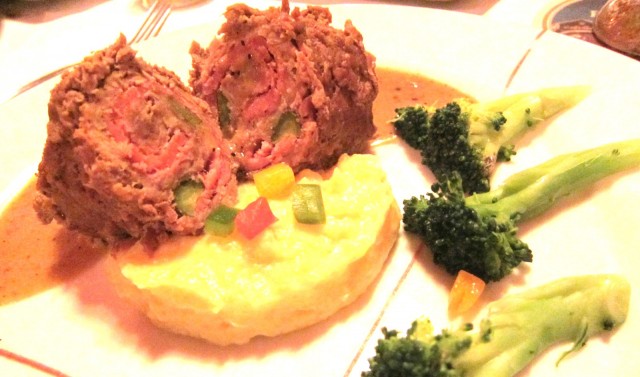 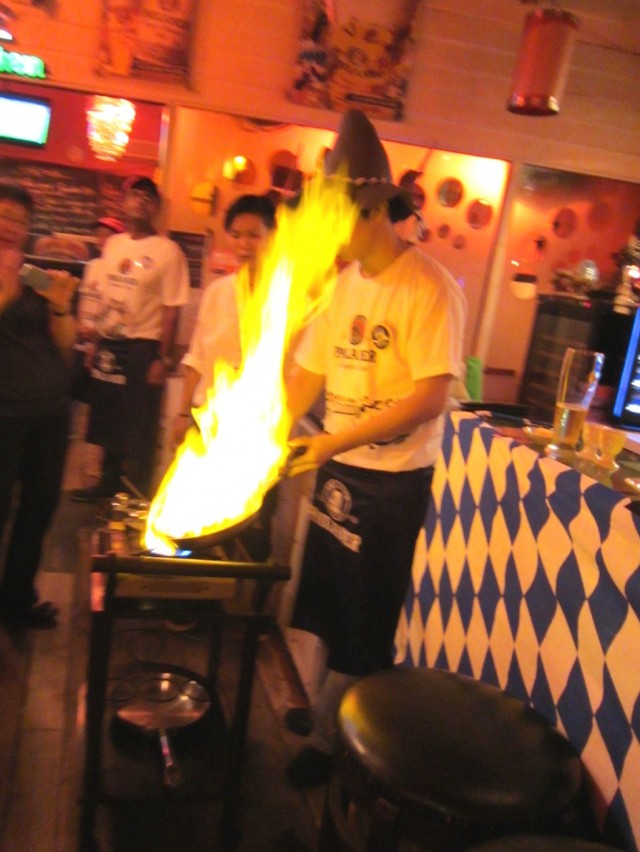 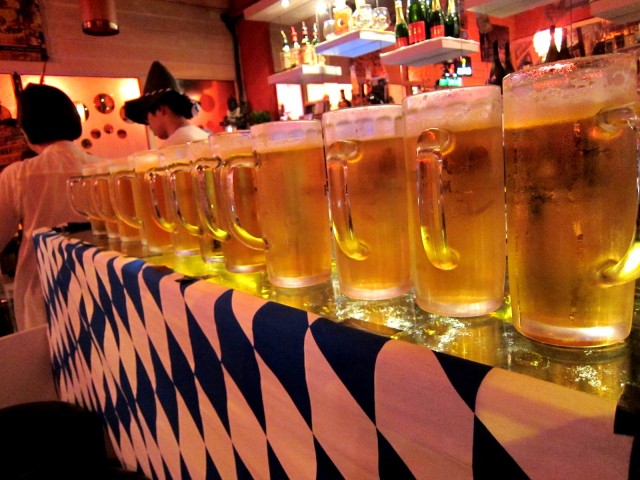 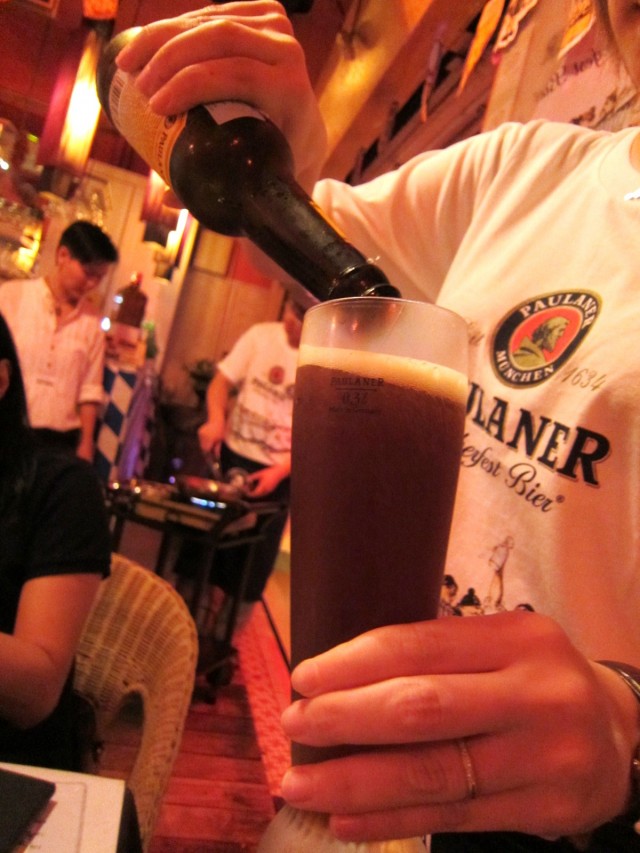 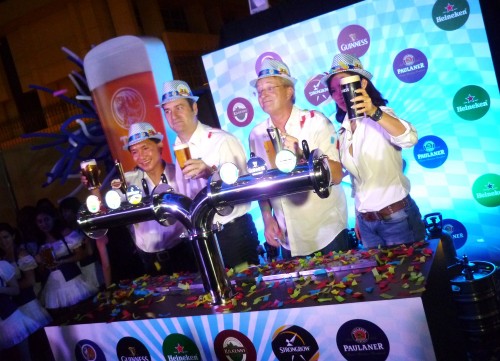 To add some spice, beer fans will be pleased – GAB has introed three new German beers for the season – Hopf Ice Wheat Beer, Paulaner Oktoberfest Bier, and 111 Zwickl. Mixologist Ben Ng brought us thru a tasting. 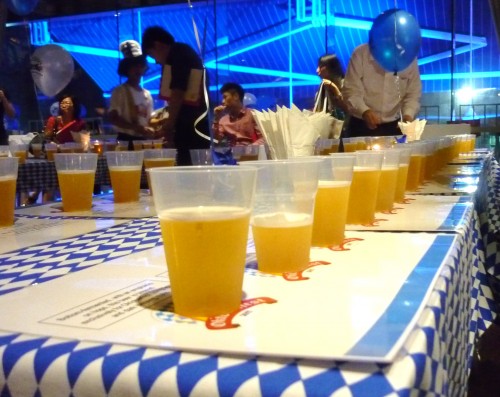 The Hopf (ABV 5.5%) uses ice-conditioned wheat where excess water from the wheat is extracted through freezing, giving more depth to the flavor and body. Gives the beer its distinctive crisp and clean taste that is mild and refreshing. 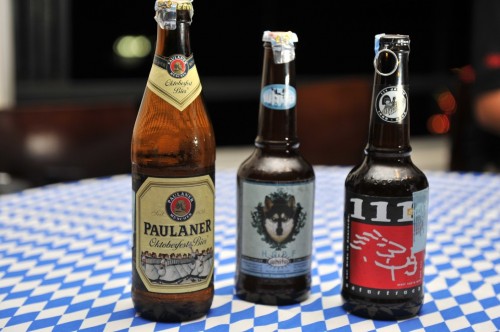 The Paulaner Oktoberfest Bier (ABV 6%) is synonymous with the Oktoberfest in Munich, and is its official beer. Its gotta rich malty aroma, pleasant taste, and a reasonably full body.

GAB’s recommended retail prices for outlets  for these beers are:

They can be scored at these outlets. 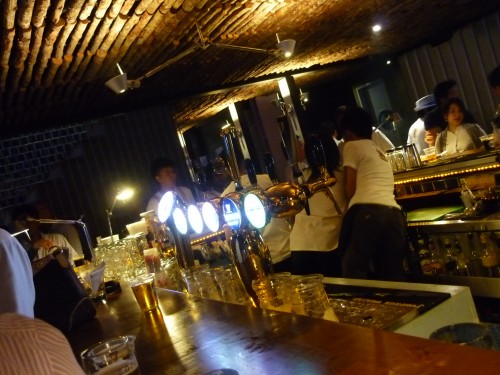 The new Souled Out, HSC tower

Some of the other games for Oktoberfest, besides drinking, is rolling the barrel, the chicken dance, and masskrugstemmen – basically holding up a stein (litre glass) up straight as long as u can. 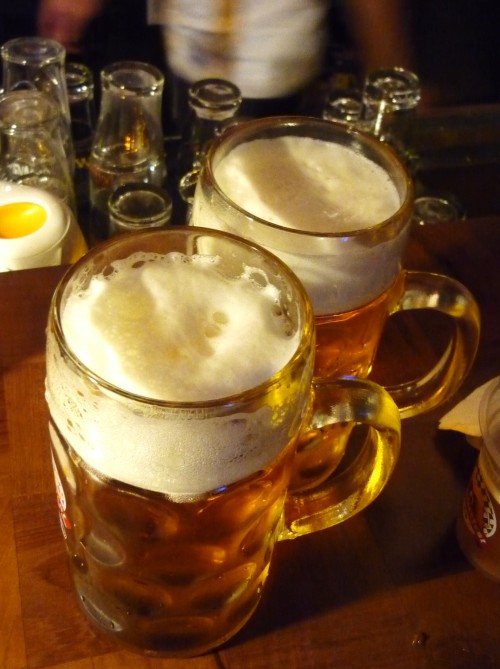 One way to cheers in German is Eins, zwei, drei, g’suffa! (Pronounced aa-eens, zvai, dry, zuffa.) It means One, two, three, drink! Doesn’t get simpler than that.