Absolut threw another cool party at another cool spot recently. This was to introduce the limited edition Absolut Andy Warhol, celebrating creativity and pop art.

The design replicates the original Absolut Warhol artwork, which Andy created for in 1986 in Absolut’s very first artist collaboration campaign.

The spot was Vallette Gallery, a large house among fancy residences in Damansara Heights. It represents a local and international spectrum of artists, reflected in paintings, sculptures, installation art and photography. 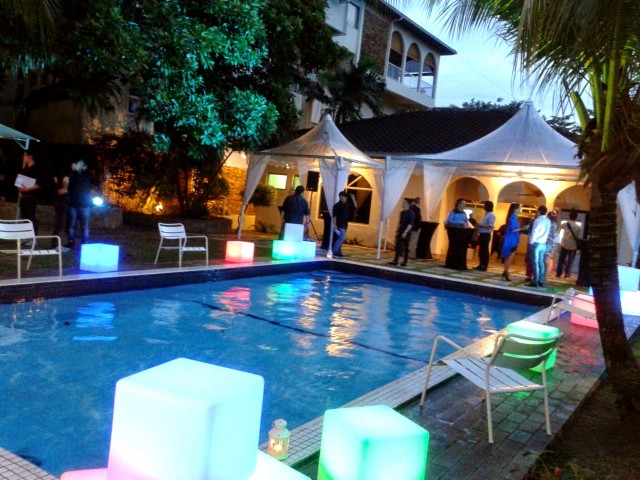 Comes with a pool too 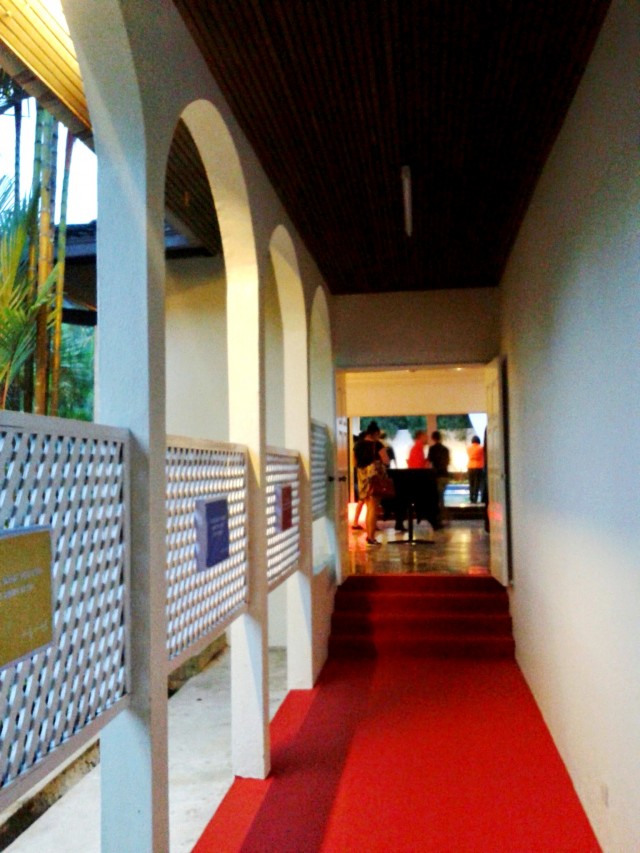 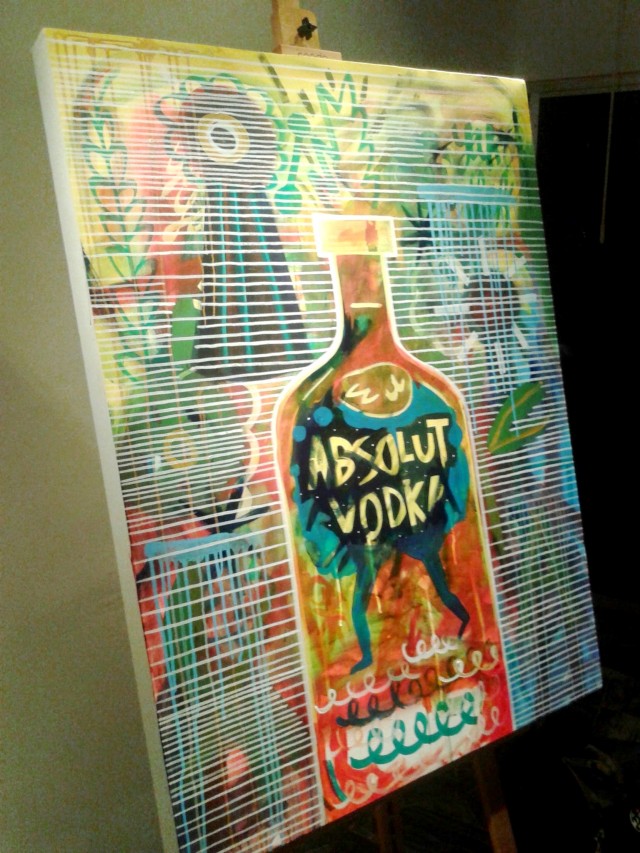 Done by a Malaysian artist

The bottle features mostly a black facade, with blue, pink and yellow details.

According to Absolut’s Director of Storytelling Nodjame Fouad, the original Absolut Warhol painting hangs safe in a museum, but this bottle brings Andy Warhol’s artwork to the world. 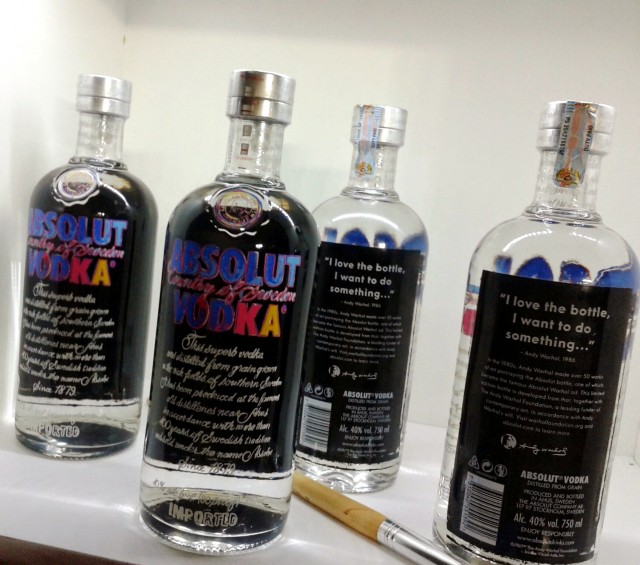 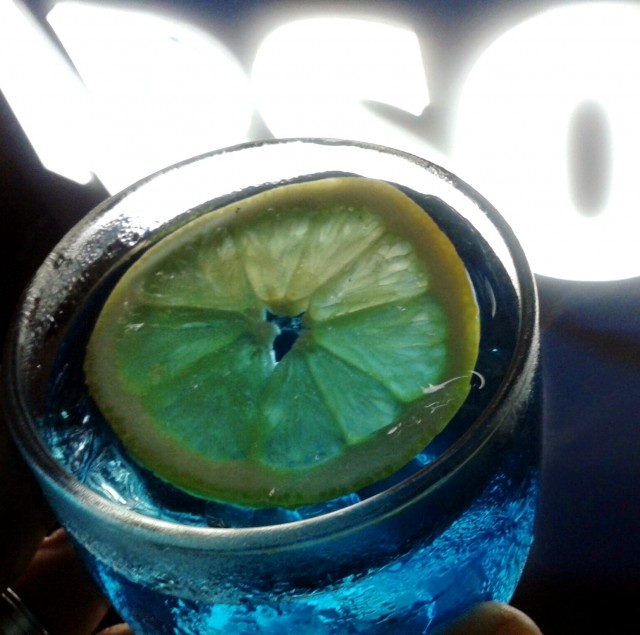 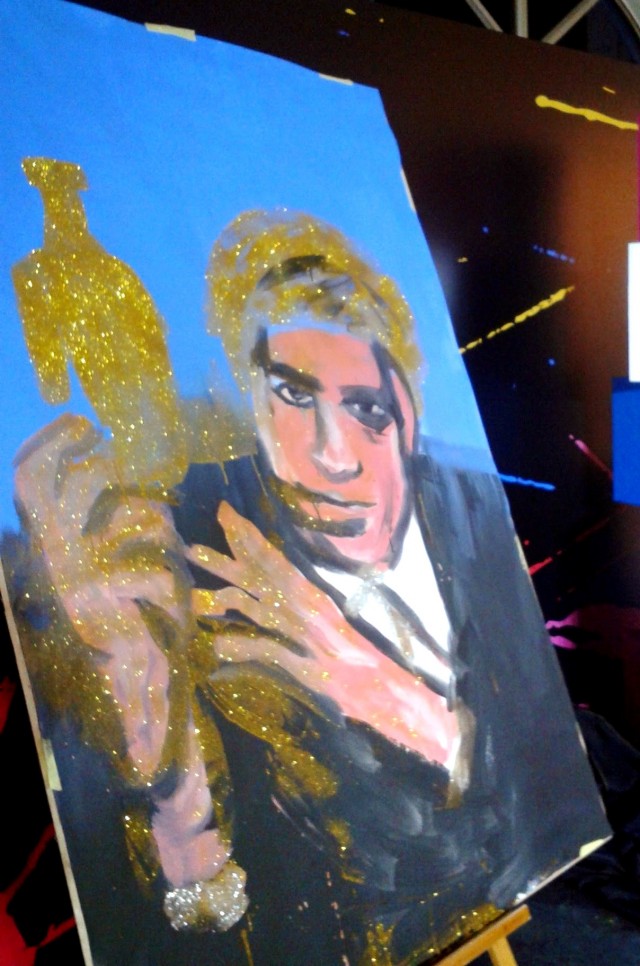 Don’t drop it Andy! An art piece that was done on-the-spot

The limited edition Absolut Warhol is available in both the domestic and duty-free market. For those who are travelling, it’s available at The Absolut Brand Store located in Contact Pier Zone F, KLIA. 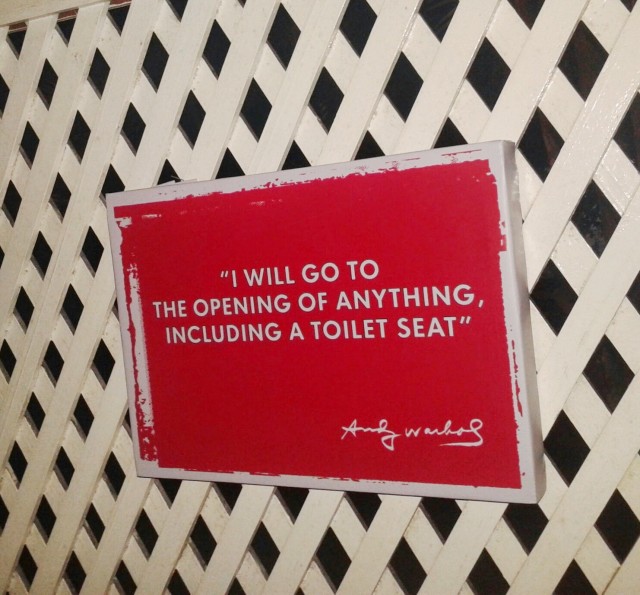 Post written by my buddy and fellow alco Paulie:

I was invited to attend the launch of Absolut’s 1st ever retail boutique in the world, in KLIA, representing The Thirsty Blogger of course.

At the event, we were accompanied by cocktails (they had a virgin drink, didnt interest me) made from Absolut Hibiskus, mixed with pomegranate, etc.

Thats all it took for me to get into my comfortable mode, which meant only one thing, Absolut Drownme. You usually get it at Absolut events. Limited edition if you ask me. 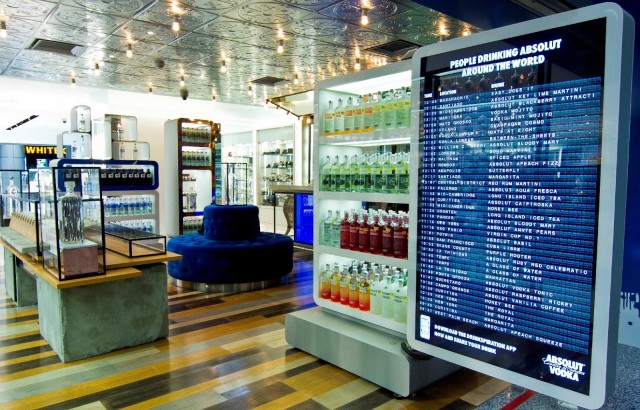 The PRM big guns gave their respective speeches and MAHB’s GM gave the last one followed by the official launch (ribbon cutting) of the outlet.

Pretty nice set up, the event. The outlet itself is located right at the entrance and exit of the sky train platform. Convenient.

I was impressed with the layout of the place. Its the only place in the world that you can find all the flavours of the Absolut family, after their Swedish warehouse of course. However they didnt have the Absolut Pepper and Absolut blue on. There was a couple of their limited edition Absoluts on display.

The highlight of the launch of course, for me was their bar. Yes, you heard me right. The brand store actually boasts a bar that, beat this, sells Absolut cocktails with duty free prices!

The bar that day was run by Mark Tay, the founder of BarSmiths Singapore  and according to him, will be run by one of their boys during normal operations. 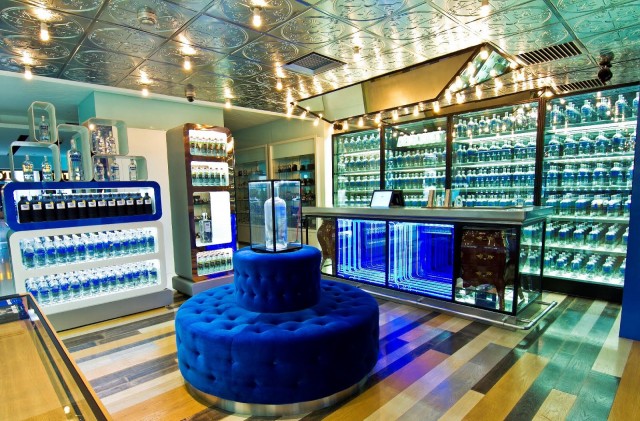 The rest, just tasted normal to me, though the preparation looked pretty interesting, with Mark scooping out pomegranate seeds for the PomRose and using melted gula melaka for the tropical passion. Picture chilli seeds boiled in hot water and the liquid later used as a flavouring for the Absolut Chilli. Pretty neat eh?

I was so engrossed chatting with Mark and getting high (prepping myself for the next party, (Arthurs Day at Sepang) by the time i turned around, i was the only person still standing there.

Said my goodbyes to the nice people of Absolut and made my way to the main KLIA lobby nice and buzzed.