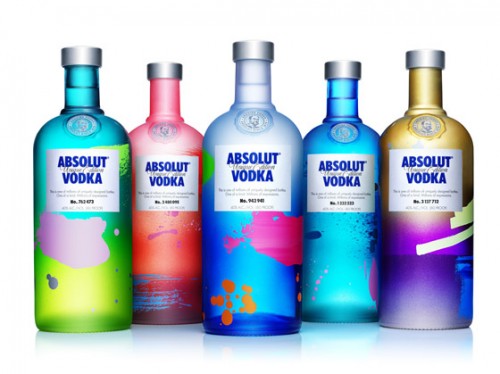 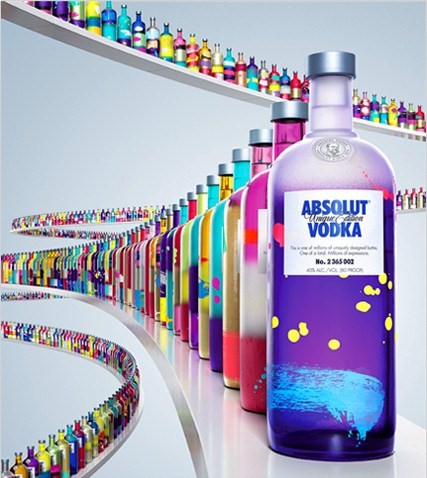 I think dats what i have. I’ve been givin it shit for ages, with hardly a break. The last time i quit drinking was seven years ago, for one month. After i returned from Afghanistan with Hep A, i was advised to give d guy a break, as Hep A damages the liver. (Actually i was advised by one doctor to stop for 2 years, another doc said six months, another one month. I went for one.)

Since then it’s been smooth-drinking. But i never re-checked my liver since. So, after years of drinkin, i decided to do an LFT (liver function test) recently. U can do it at any clinic; they just draw some blood.

Also coz i found out dat its not just booze, but lotsa other stuff also screws your liver, like beauty products, but i dont use/need those. Haha

The test result was surprisingly not very bad, but not great either. There’s this enzyme, known as ALT, that should be low, not high. If it hits 53, then your liver’s in some sort of shit. Mine was at 51.

High readings / liver damage can be caused by most modern medication, pollution, smoking, cosmetics, sickness like hepatitis or jaundice, or booze. Or all of the above. Mine was mainly obviously booze.

Hmmm. So how? Quit drinking?

There are pills u can take – some chemical, some natural. Some very expensive, especially the natural stuff.

It so happened dat a buddy of mine started importing this all-natural, herbal ayurvedic shit from India called Kamilari. He said, “In one month, you’ll see the difference.” I was like, naah, doubt it. Too quick.

Also, i dont simply put crap into my body. Fortunately his stuff has received the Ministry of Health’s certificate of approval. More importantly, i trust this guy.

Anyway, took d capsules. Normally one-a-day does it. But my dose was two-a-day. I screwed it up, as i missed some days.

Then the moment of truth – another blood test after a month.

Believe it or not, after years of hard-drinking, all it took was one month of these capsules, and my results shocked me. It dropped from 51 to 32, a reduction of almost 40%. That’s huge.

Now i can drink without worrying about my liver anymore. I find dat pretty amazing to say d least.

These babies are a game-changer for sure.

And the cost per month is equivalent to a coupla pints. Affordable. 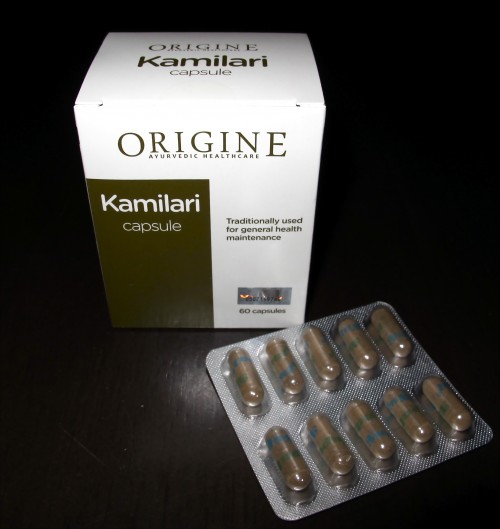 It’s been called by the Economic Times of India as “wonder medicine for the liver”. The liver is our most important health-maintenance organ, as we swallow and apply all sorts of toxins on our body every damn day. I was shocked when i watched this video about the crazy chemicals that are in stuff like our usual shampoos, even so called “herbal” shampoos and baby shampoos.

I think i’ll reduce shampooing from monthly to annually.

This woman, Annie Leonard, was sued by Proctor & Gamble for dissin either Pantene or Herbal Essences shampoo in the video, or both. P&G lost. Haha!

Why dafuck do they put lead in lipsticks?? Cosmetic companies and pharmaceuticals are full of shit.

At least booze is truly natural.

So women are at risk from liver damage. Personal care and hair and beauty products contain shit like Benzalkonium Chloride, Triethanolamine (TEA), Polyethylene, Butylated Hydroxyanisole (BHA), among others. They get absorbed thru the skin and scalp. 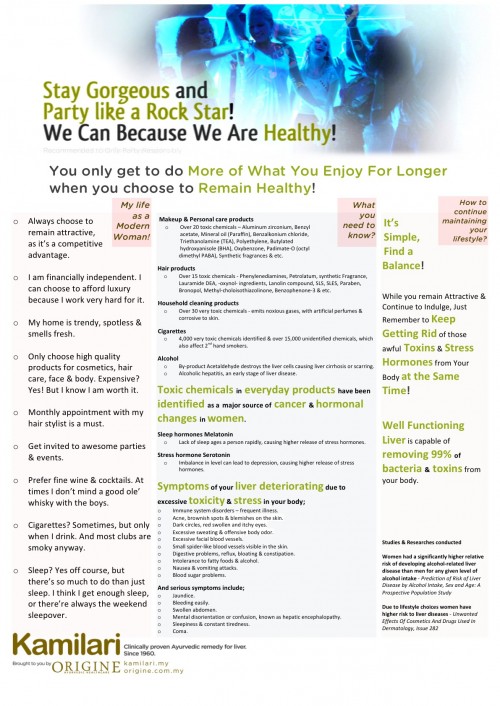 The liver’s job is to clear these toxins from our body, so we continue to look & feel healthy and young. It’s a big job, and it needs to be done as efficiently as possible. If your liver aint operating at 100%, you aint gonna look great.

I’ve researched the ‘liver-protection’ shit dats out there. Essentiale Forte – works pretty well, but costs about $110+ for a month’s supply. But it has synthetic crap in it dat can be harmful to the body.

There’s Liv52 by Himalaya. I heard it’s been banned here, can’t find it anywhere unless it’s bootleg I guess.

And there’s milk thistle, but the body doesn’t absorb this herb well. The word used is it’s not “bio-available”. Hence they need to put additional stuff into it, making it pricey, and off course, more synthetic chemicals. The cheaper ones don’t work well.

Thanks to my buddy’s foresight (the guy’s also a drinker), i think i’ve found my antidote. It’s affordable, and more importantly, it works.

It’s good for gifting too i reckon. U’ll be doing someone a favour. 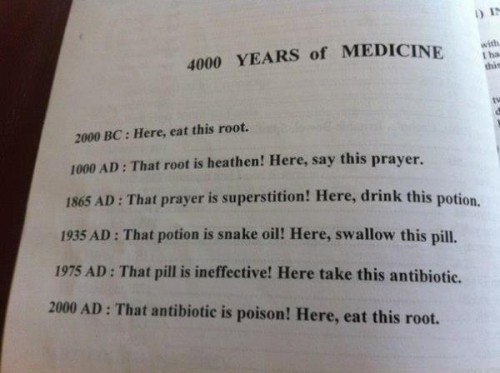 Just about sums shit up. Humans were fine until busine$$men used us as guinea pigs

If u wanna cover your ass, due to drinking, use of cosmetics, smoking, or coz ur taking medication, i can recommend it, and u can get it at three pharmacies so far, or even online here, which is cheaper than pharmacies.

It’s the most successful ayurvedic product in India for the last five decades. Nice.

And my buddy is officially doing the media launching of the product this week at S’Mores Bar, and there’s free booze! Haha. Cool. 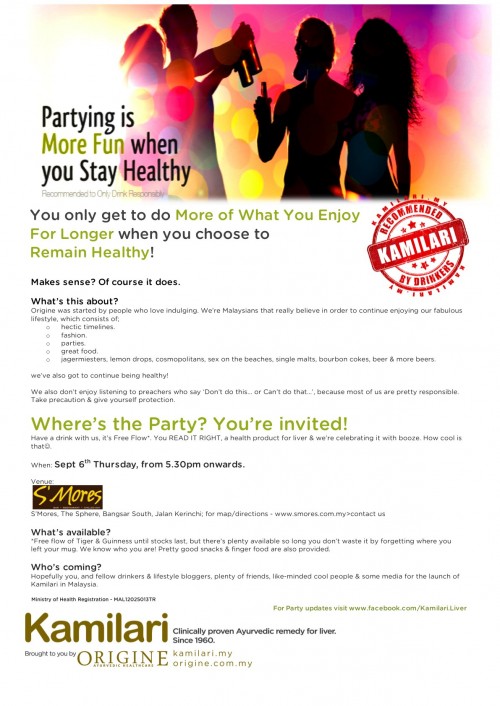 U can down your capsules with free Guinness. Haha

If u wanna checkitout, u’ll need to RSVP.

Guys like Kenny of BeerBeer, who somehow managed to consume half a tonne of beer in 2011 alone, sumtin like dis will be essential for him. Same with girls who use girly products.

Ayurvedic traditional medicine is sumtin passed on from thousands of years ago. Human used to know a lot more back then than they think they do now, dats for sure! Along the way, we lost focus and also powerful ancient knowledge.

There’s also an anti-cholesterol ayurvedic product for those who dont like the side-effects of modern cholesterol pills, but u’ll have to wait for that one. The Kamilari Facebook page is here. The product is new to Malaysia.

I kinda subscribe to this motto “Be Prepared”. So i’ll continue to take these capsules long-term. If only my heavily-alcoholic uncle had access to these capsules, he could still be alive today.

Now that I’ve pledged all my organs for donation, they can use my liver too. Haha

I’ve officially bullet-proofed my liver! One thing’s for sure. When i die, it aint gonna be coz of liver failure! 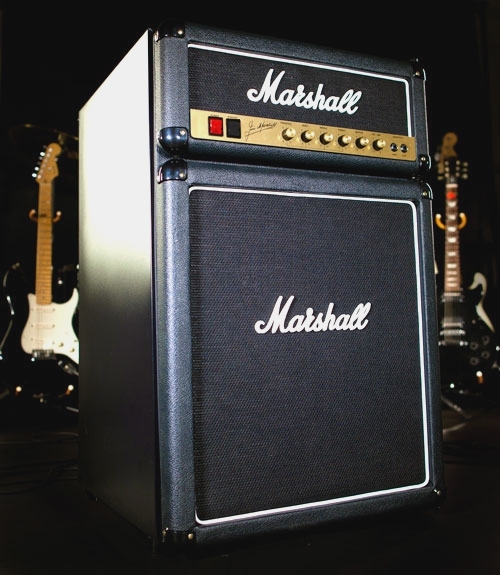 I know quite a few guys who’re drooling right about now.

This is a mini-fridge made by Marshall, the world’s best amps. (The main man, Jim “Lord of Loud” Marshall, rocked the planet then checked-out last week.)

Available from October for US$299 a pop. 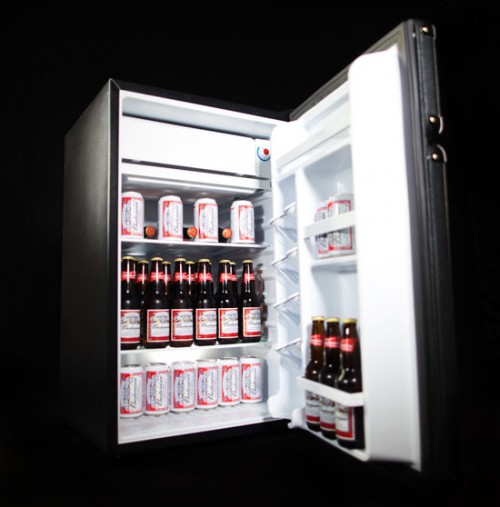 Hardly enough for a 5-piece band

I know at least one rockin roll band that will want this on stage.

Johnnie Walker Blue Label, the cream of whiskies, has created a premium range of products to go with the whisky. 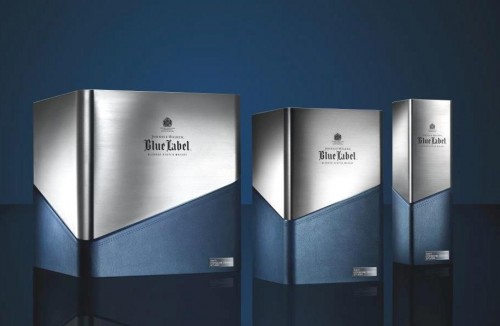 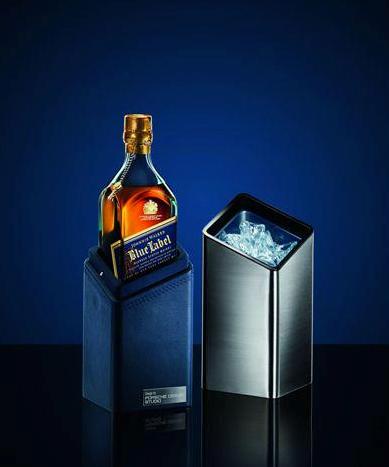 Chillin with the Chiller

The design classics from the Collection are the Cube, the Mini Cube and Chiller. All three follow the blend of beauty and functionality epitomized by The Private Bar, fusing the classic and the modern through luxurious leather and brushed metals. 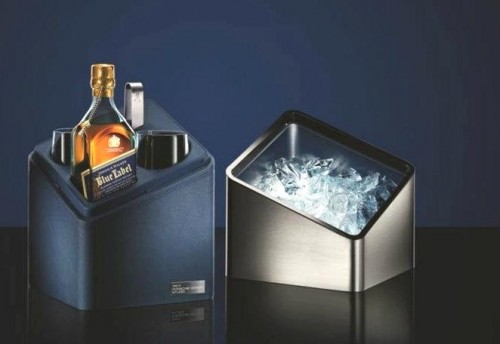 They’re priced from $860 for the Chiller, which i think is real cool and a good deal. The bottle’s case opens up to double as an ice bucket! 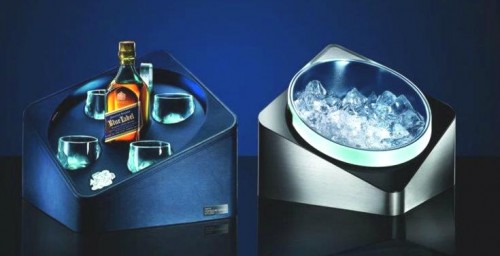 The Private Bar? It’s this eight-foot tall bar in a vertical cube. Hit a button, and the cube’s top rotates automatically and opens up to reveal a luxurious bar, with a couple of Blue Label bottles, four glasses and an ice bucket, ready to rock. An alcohol Robocop. 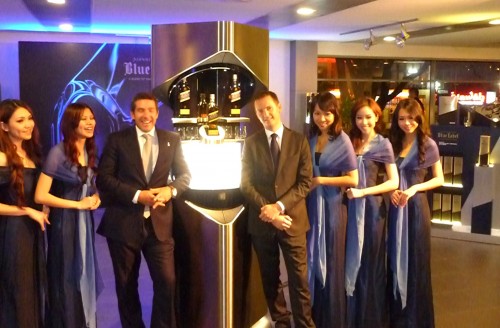 It’s crafted from the finest materials, including luxurious leather and brushed titanium. Also has a chiller built-in. 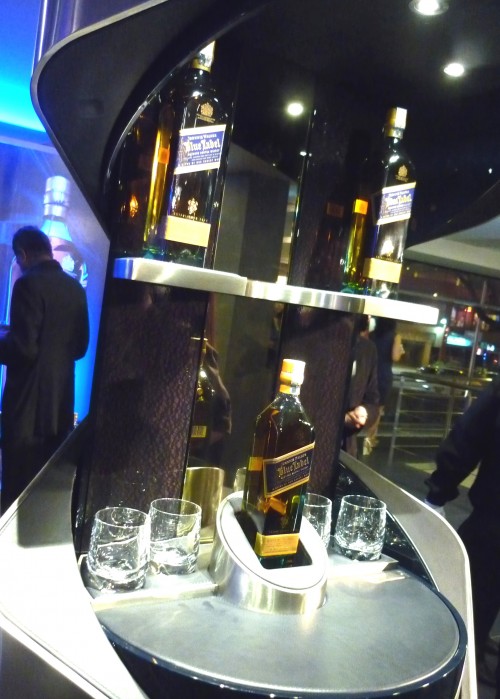 If you get order one, JW will throw in an ultimate Blue Label luxury experience in Scotland giving you access to the secrets behind the Walker family’s blending crafts and some of Porsche’s most powerful cars.

But at 500 grand apiece, you better be a multi-millionaire eh?