I luv havin a nice, slow, full-on breakfast. When i wake up early that is. The aromas, the fresh air, the morning vibe. The rarity.

Boozy breakfast? Yea, dat too on occasion. Like weekend brunches. Or dat one time i threw my birthday party in the morning. Crazy.

Anyway, beers aren’t the only breakfast drinks out there. Of course there’s champagne too. But a drink specially created for the breakfast market? Yea, there’s one now in the US at least, thanks to Pernod Ricard. 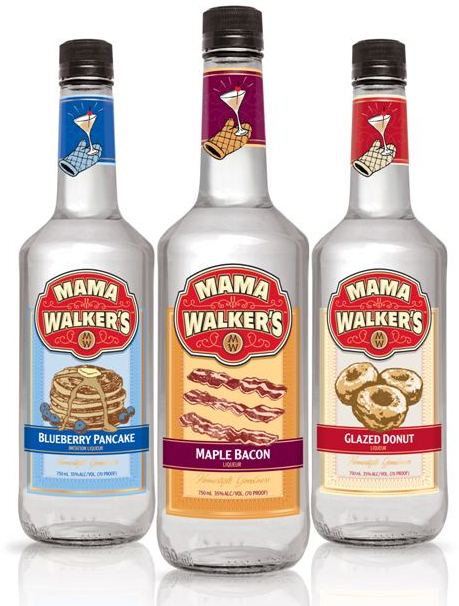 Gosh. These guys are serious about their breakfast. As they should be.

If you can drink your bacon, why eat it?

Would luv to get some; or recreate with cocktail syrups! Brown-brown would definitely be in da mix.

Remember….  breakfast…  it’s the most important drink of the day. 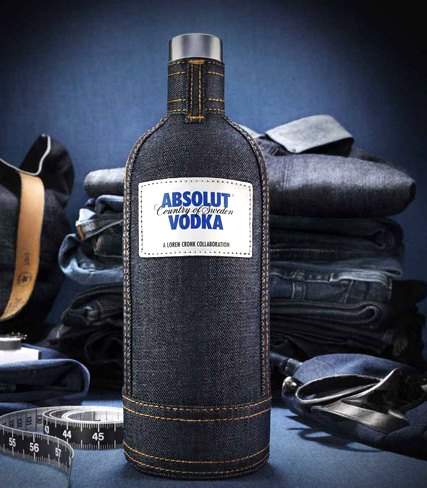 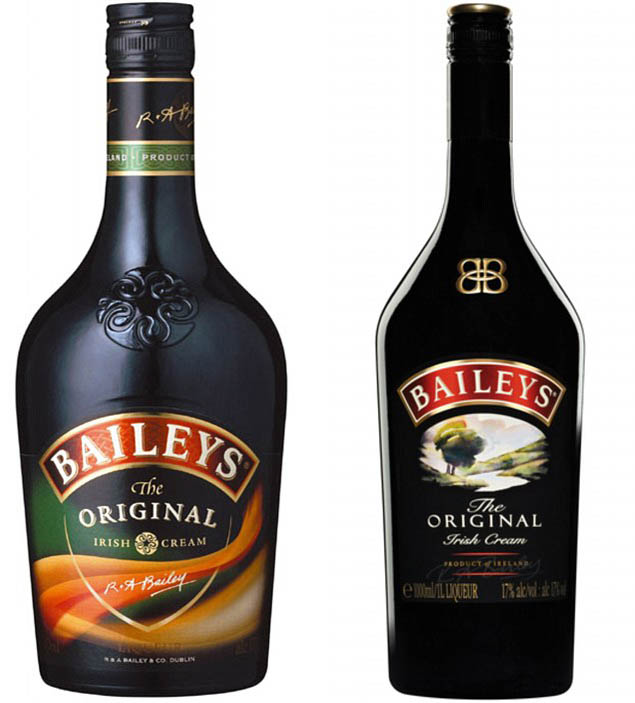 I actually love liqueurs. (These are alcohols that have fruit or some other additive in it (like nuts, herbs), as well as sugar.) I enjoy ’em over lotsa crushed rocks, but they’re commonly also used in cocktails. There’re loads of flavours out there, and the ABV is usually between 15 and 30%.

The more popular liqueur (pronounced likheur) are stuff like Baileys, Malibu and Kahlua. However, the fruit ones are really good. They make an excellent dessert. One of my fave is creme de cassis, or blackcurrant liqueur.

Joseph Cartron is a distinguished liqueur brand that’s been around since 1882, and originates in Burgundy, France, and its international director was in KL recently at a cool dinner at SevenAteNine, Ascott. 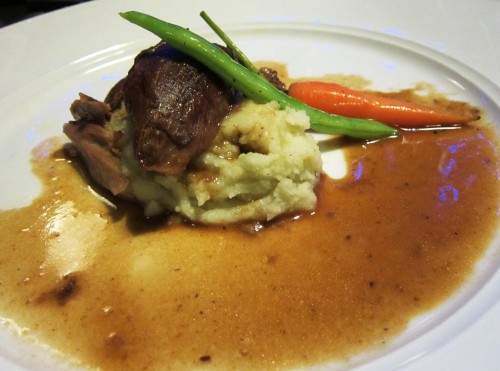 Cartron has built its reputation by focusing on the quality and authenticity of the fruits added in. The product is distilled according to traditions, as Cartron has remained a family biz for five generations. I sure can vouch for its quality. It claims a high fruit content compared to other brands.

The first drink that nite was a cocktail – Dark Horse. 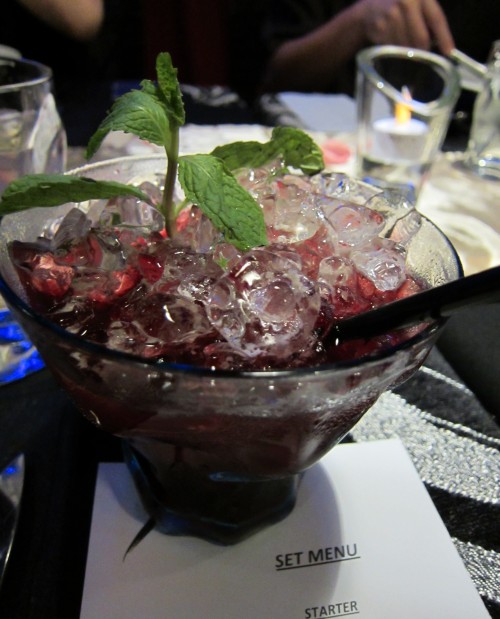 This has a cassis base (blackcurrant liqueur). It tastes fresh, with lime and apple. Lots of fruit flavours of blackcurrant. It’s like a refreshing alcoholic ribena from real berries.

This was followed by a grapefruit cocktail, utilizing Cartron’s grapefruit liqueur. The first nose/taste was of cologne. Haha. That’s coz the ingredients are varied. 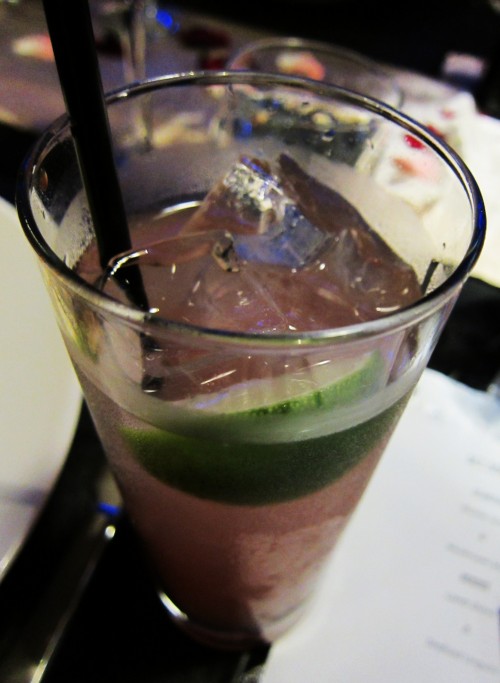 Better than it looks

The Angostura bitters bathe your palette at the front end, with bitter lemon in the mid, and throaty bitterness from the liqueur at the finish. Lots of fresh grapefruit flavours coming thru from the liqueur. A very fragrant beverage.

Tim made us a Pina Colada, with Cartron’s coconut liqueur. Tho there was no coconut milk in d cocktail, the coconut flavours came out really well.

There are a whole range of fruit liqueurs from Cartron, so i decided to try a few on da rocks. Had the wild Blackberry. 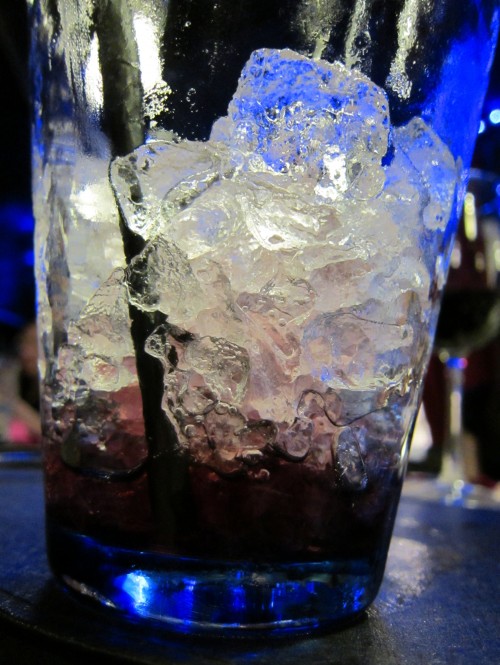 What’s left of it…

I couldnt resist the Cacao liqueur. (Cacao is the raw fruit from which chocolate is derived.) Straight-up with the White Cacao. It’s got a sweet, nutty nose, with tastes of almond n vanilla. Niice.

Had a shot of the dark cacao too. This gave me whiffs of kopi-o and liquorice. Tastes of caramel and coffee, a lil smoky even. Solid. 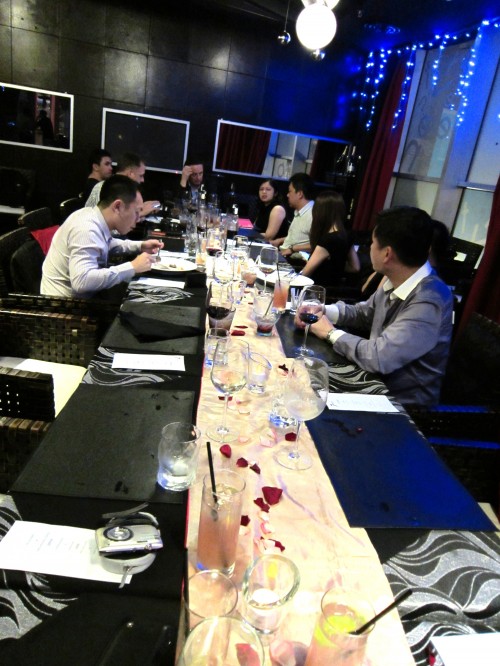 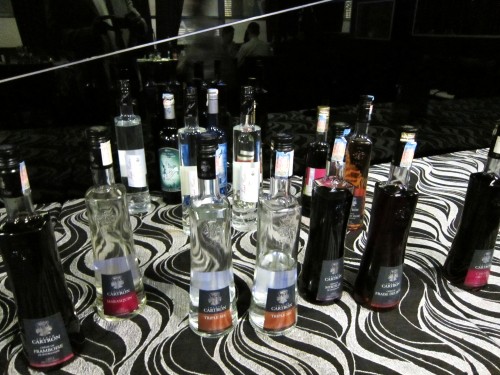 Some of the goodies. The bottles are cool

Several bars in KL have them, including SevenAteNine. Cartron also has several eau-de-vie, ie colourless fruit brandy, which i couldn’t appreciate.

I luv Cartron now. A quick glance at my room bar and i see am pretty much out of liqueurs, ‘cept for some mead.

At abt $68 a bottle of this excellent stuff, it’s reasonably-priced, so i plan to score some real soon and restock my bar. Good for chilled drinks with a chick, or for mixin it up at a house party.

Chocolate and orange flavours go so well together, like them orange-flavoured choc wafers. Hotdam!

So it’s not surprising, altho its makin me crave it big time, that Baileys has one such liqueur out, combining Irish cream, Irish whisky, chocolate and orange.

I want it all over ice, now! Ice-cream will do too. 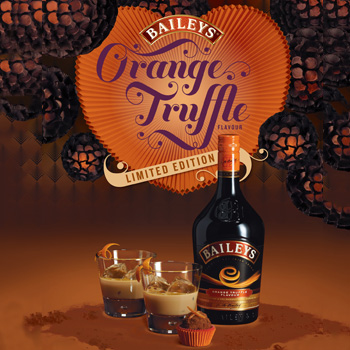 This is the fifth flavoured Baileys, to add to the other flavours previously. Unfortunately, it’s a limited edition.

Only available in the UK and Australia, as well as select travel retail outlets including London Heathrow, London Gatwick and Sydney airports. Available between October 2012 and January 2013. RRP is £13.25.

Get you flyer friends on the case now!