A beer fest happens tomw from noon. U can be sure of shitloads of beers, and they’ll be mostly ales, thankfully.

The Better Beer Fest is hitting up Taps Beer Bar, a specialty-joint for beers, beers and beers. Altho they serve liquor too.

Gosh, am triple-booked for booze events tomw! My liver pills are gonna come in handy. 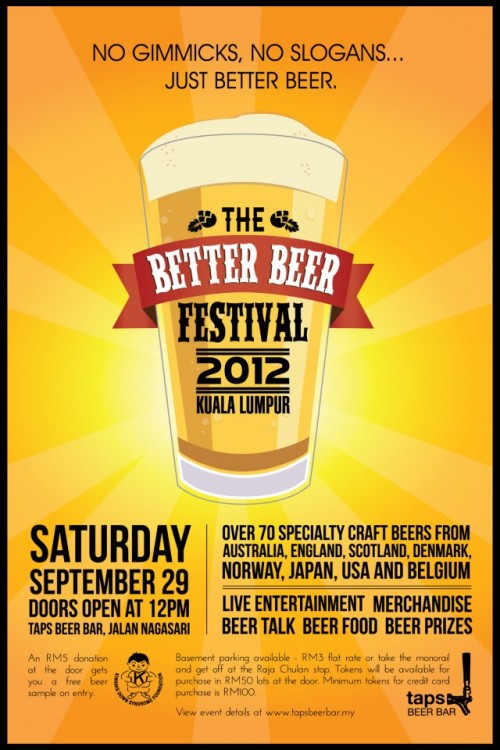 There will be live music from 4pm onwards, as well as talks, beer-tasting, beer auctions and lucky draws. Entry is by a donation of five bucks.

There’ll be food too. And so-called Malaysians who havent had toddy can break their virginity too, with Coco Cabana toddy. 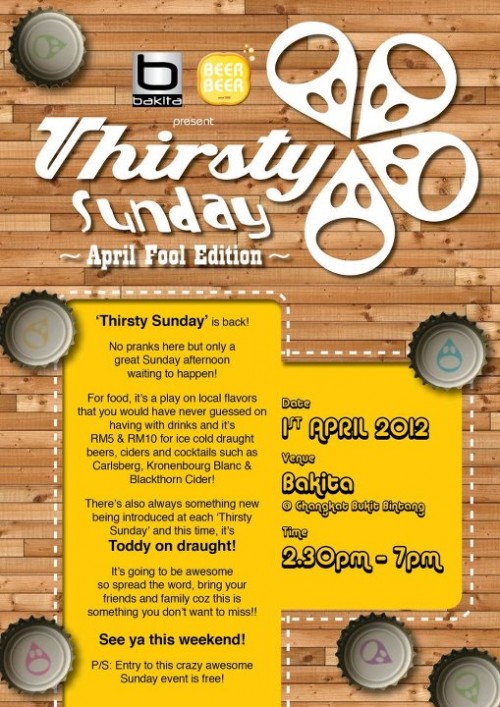 Goes on from 2.30pm to 7pm, this Sunday at bakita in Changkat Bukit Bintang.

I might bring some of my Baad Apples Cider™.

Shd be as chilled n friendly as before; am planning to make it four outta four. Coz Thirsty Sunday’s always fun.

I know beer is kinda breakfast drink, tho i’d prefer champagne in the a.m, but now there’s an ‘official’ breakfast beer.

It’s called Moa Beer (abv 5.5%), a cherry-flavoured one that is being marketed as a breakfast drink. Cherry beers have been around a long time tho, especially in Belgium. Had a crazy time trying all d fruit beers in Brussels – grape, strawberry, apple, raspberry, apricot, etc.

I think except for heavier ales like stouts and porters, all beer is suitable for breakfast, especially if ur having an English breakfast, with bacon n shit.

Anyway, this New Zealand wheat-based ale, to its credit, isnt some shandy-wannabe as it’s above 5%. And the launch took place at 7am. Probably a lil too early. 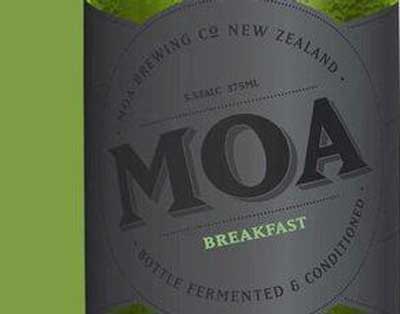 Of course alcophobics have criticized it, as they aint day-drunks. They say it encourages pathological behaviour. Hmmm. I guess that makes me a pathologist.

And, there’s also a pizza-flavoured beer from the US. That’s right – a beer that tastes like liquid pizza.

If there’s one thing i could eat daily, it’s pizza! (Actually, I did. For six months in the UK.) Would love to get my lips on Mamma Mia! Pizza Beer. Basically, a Margarita pizza is boiled (sounds bad, but it’s received very good reviews), then spices and hops are added. After a coupla weeks, it’s ready!

In theory, as i can eat pizza everyday, this drink could turn me into an alcoholic.

I’d think it would be like a fizzy, spicy, sweet-sour tomato juice ale.

I want one! Should be great for breakfast too, if not better!

Dats right, it’s the sequel of Thirsty Sunday, which i attended last year. This time the event has no beer-tasting, but there’s food – bbq to be exact; and cheap lagers and ales, including weissbier (draft). Takes place at bakita on Changkat Bukit Bintang from 2.30pm to 7pm.

Easter Sunday will never be the same again. 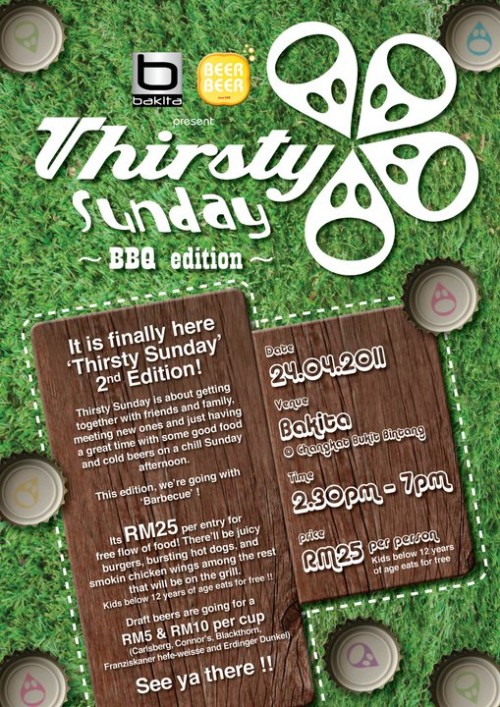 Afternoon drinks? For sure!