Yea, this year, decided to throw my birthday party in the morning. 10am.

Why are parties always at night anyway. Same ol shit.

However did have an impromptu one at Tom, Dick & Harry’s, TTDI a few days prior.

Kicked off with Guinness, then a bottle each of Ardbeg scotch, Havana Club rum, Talisker scotch, Cruzon rum, Jagerbombs (yuck) and shots of Jose Cuervo. 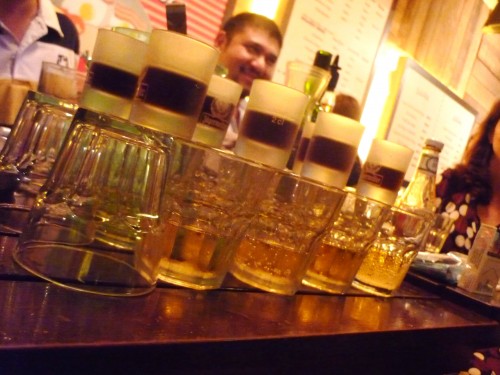 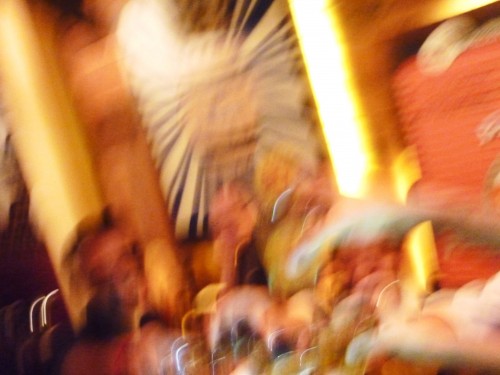 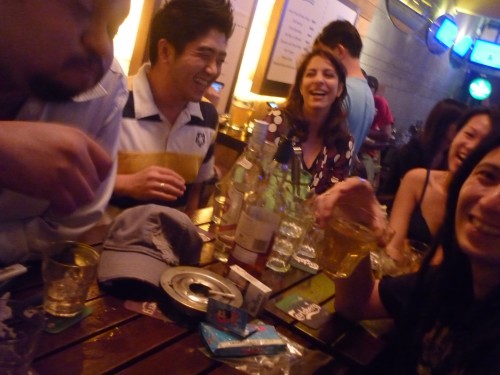 Special thanks to Byron, Anil and Khabs. And Naveen the crazy wildcard.

Anyway, it was a beautiful Sunday morning, and i arrive at El Meson a lil after 10. Wasnt easy wakin up. Friday at TDH was obviously heavy, and Saturday i’d done the whole six-in-da-morning shit at Sniffa Dawg’s birthday bbq.

Have beers to start, followed by a few plates of Breakfast For A King, El Meson’s breakfast special. 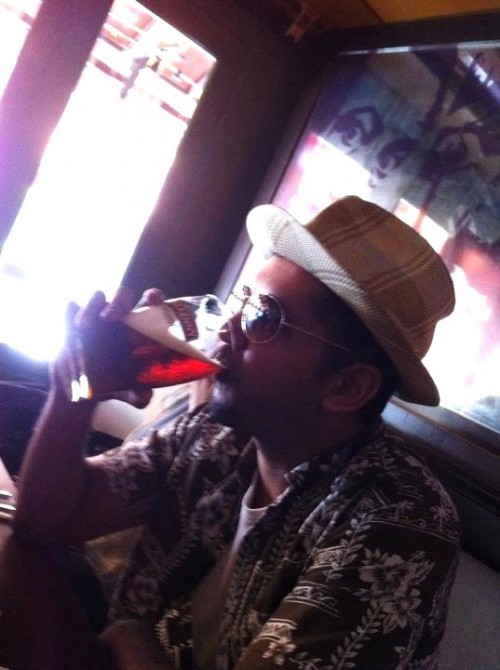 By noon, i’m several pints down n pretty zapped. Most guests are here by now.

By afternoon, it’s hazy. I recall popping a bottle of bubbly (courtesy of Mark & El Meson), drink from it, then pass it around. 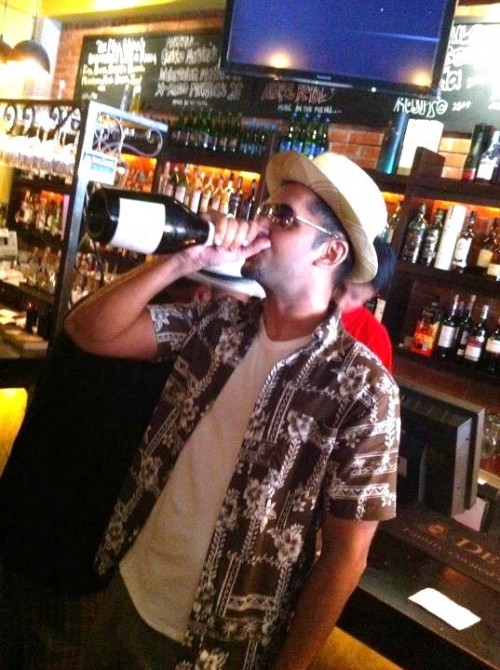 Next, i whip out a bottle of Captain Morgan Black Label. Superb stuff. I have it on the rocks. Beers are not in style by now. 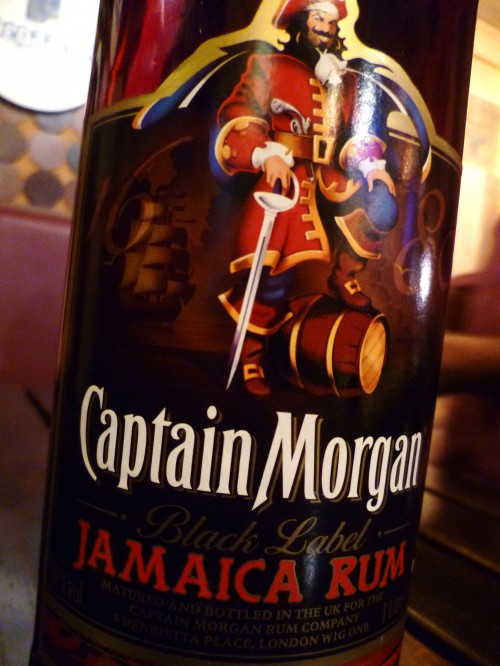 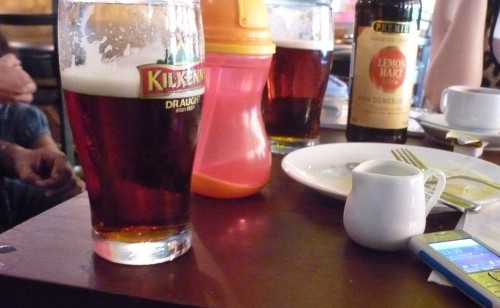 Hmm, watdat in the background

Then, the highlight, the ‘Caribbean surprise’ that i promised guests. It’s a rare bottle of Lemonhart Demerra 151 rum, which i featured once. Finally found a time to cut it.

At 75.5%, it’s not sumtin to fuck with. There’s a warning label about how flammable it is. 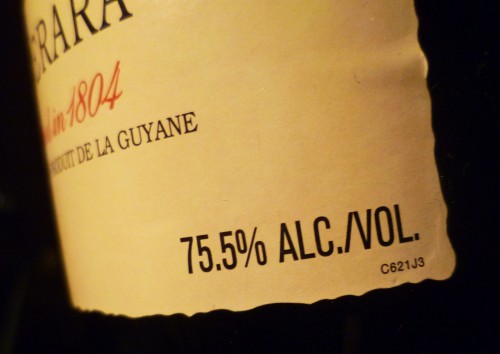 I have it neat, from d bottle.

This shit got me by surprise. Considering it’s strength, this dark rum from Guyana is pretty smooth, taste-wise at least. Love it.

I pass the bottle around, and everyone has a sip or two. Somehow, both rums are cleaned. 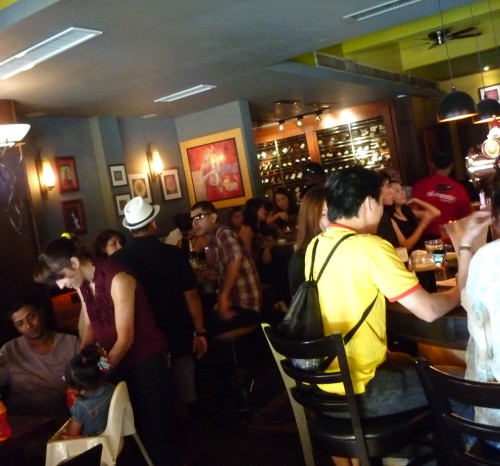 The plan was to end at lunchtime.

Bad plan. The thing about a plan is dat sometimes it gets in d way. 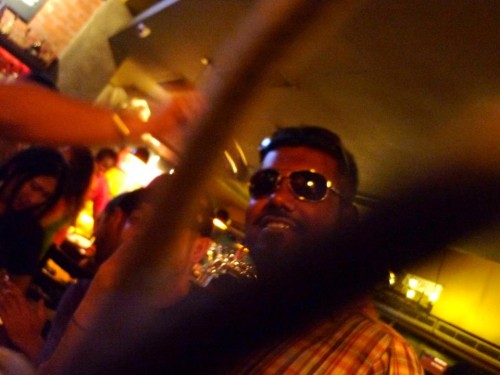 Experience some degree of brown-out, especially from 2pm to 4pm. I think. I might even experienced D.I.A., but dats just speculation.

My plan was for a small one, 15 pax. We probably had a lil more over the course of the day.

Quite bent, i split the breakfast party at 5pm. Time just flies.

An awesome morning, afternoon and evening. Thanks to El Meson too.

A real unique gig to remember! Or not remember, either way.