Yup, Sunday before last was Thirsty Sunday, a mini beer fest organized by Kenny of BeerBeer. Got there at 12+, and beer tastings had already begun. Damn alcos.

The sky was cloudy, and there was no heat. The weather was perfect. So got busy and started tasting all the beers available in a very organized manner. There were like 20+ to go thru.

Tried the new Jaz Fresh, which was launched two days prior at Bon Ton. Significantly better than the regular Jaz, so i had two rounds. The tasting portions were between a third and half cup, but some beer distributors were more generous. 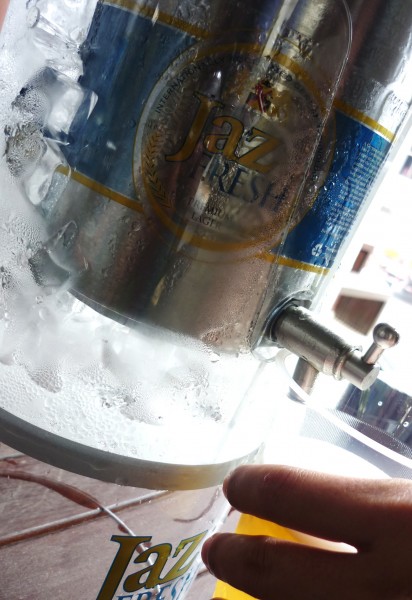 Jaz Fresh is only served in two-liter kegs 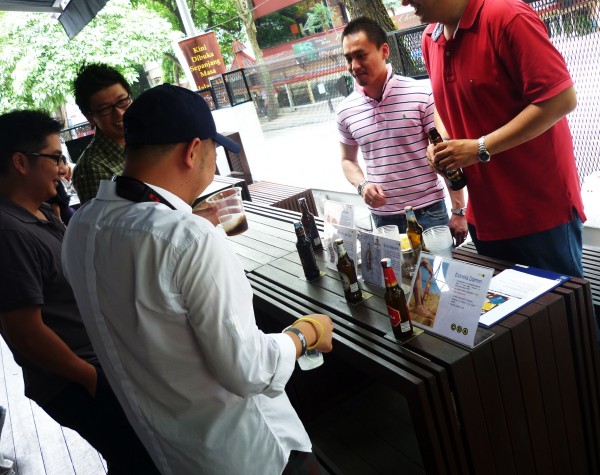 A relatively new player called CDA has brought in beers like Fuller’s, which is a family-run brewery with a 150-year tradition, Birra Moretti, and Estrella Damm, which has been brewed in Barcelona since 1876. 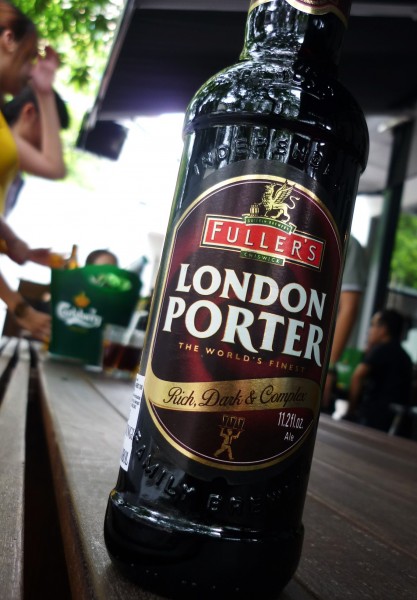 I enjoyed the London Porter ale (5.4%), which is a traditional dark ale and very flavourful; almost coffee-like. Porter is centuries old, kinda like the origins of the stout. It was the drink of the masses in London long before lagers were conceived or modern ales were fashionable.

A major diff is that many porters are aged, usually in oak barrels, making it more complex. 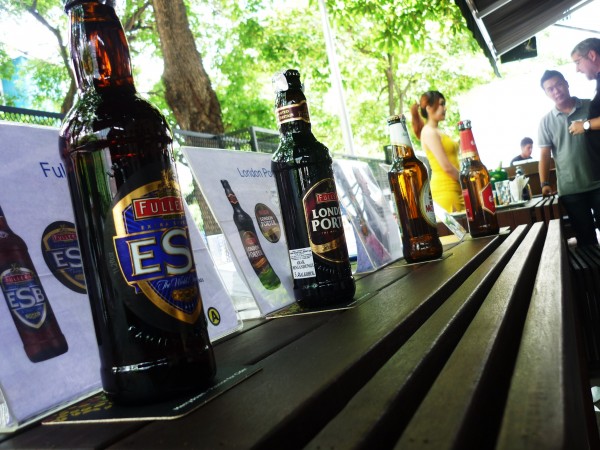 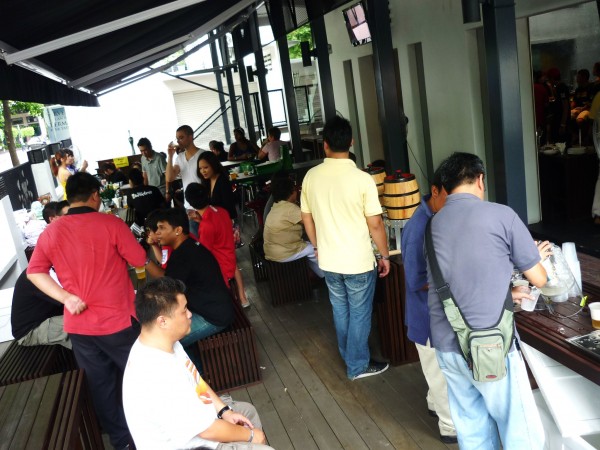 A major distributor with about a dozen beers on the day was Luen Heng. One of ’em is Chimay (Blue) (ABV 9%, Belgium), an authentic trappist beer, ie a beer brewed by or under control of Trappist monks. It’s one of few beers that improve with age. Only seven such recognized monastery breweries exist, mostly in Belgium. 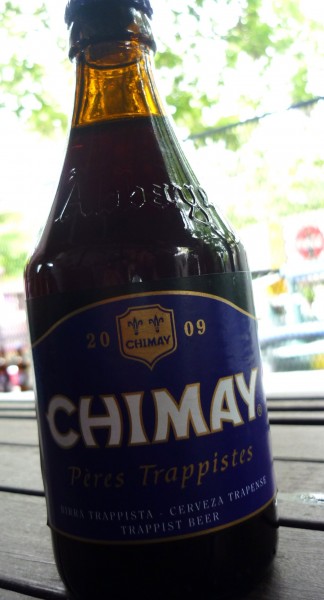 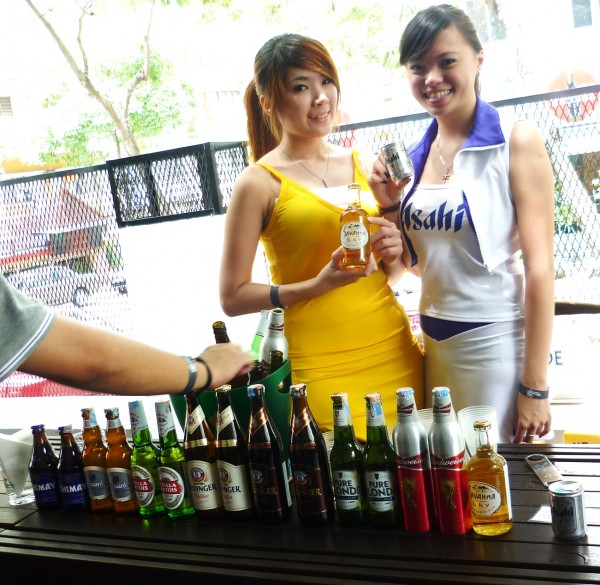 Luen Heng is a distribution arm of Carlsberg Malaysia, and bring in the products pictured above, except the chicks. 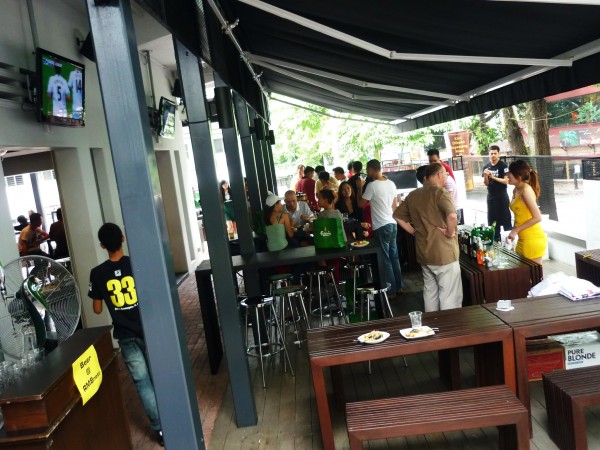 An afternoon of good variety in a semi-outdoor setting 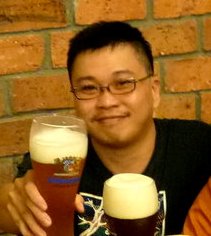 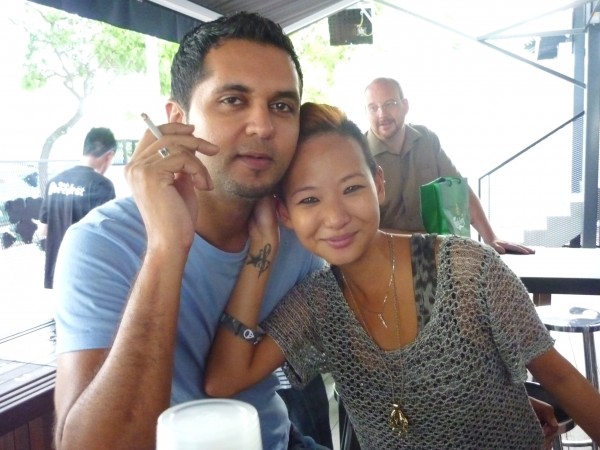 Some guys managed to try my homemade strong cider too, Baad Apples™ (ABV 10%, Kuala Lumpur). Feedback was good – i cant keep up with the orders!

The grass that bison feed on is a herb that’s believed would – yield grand power, increase stature, and add youthfulness. Check, check, and check.

Green Dragon springs to mind, a grass-infused vodka a friend produced. But its a different type of grass. 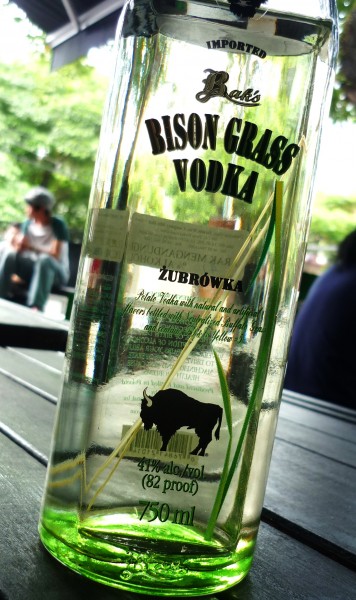 It was a good event, providing exposure for less-common but high-quality beers. Too bad Craft Brews and GAB did not take part this time.

Fortunately, Kenny and bakita plan to do the event again, and grow it from there. To stay posted about Thirsty Sunday, you can check back here or the COCKTALES group on FB.

Well done Thirsty Sunday! Its about time some initiative is taken to do such events in this country.