Nutin like a brewery visit to spark up yor life. That’s where u can get brew that’s real fresh – any fresher u gotta brew it yourself! (Hmmm – will attempt dat soon.)

Hit Carlsberg one evening last week with a coupla boys, Mad Max & Adian. Was there like, on time. 6pm sharp. Wuz lookin forward to a Connor’s session, the new draft stout produced locally by Carlsberg Malaysia. 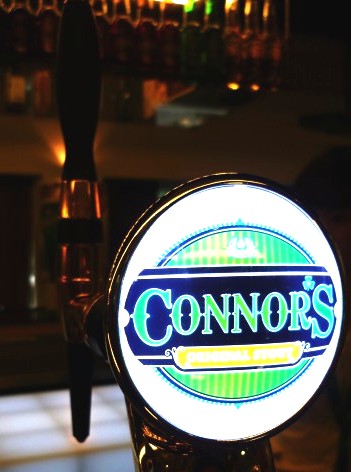 Was invited by Robbie (of AMC), dis dude dat has a supercool collection of classic rides, including a ’63 Buick and a ’65 Mustang! Bitch.

Start by sippping on an ice-cold glass of  Connor’s. It’s texture is pretty smooth and light. Goes down easy. Taste-wise it’s quite heavy on the malt, with a lingering, roasty finish.

Yea it aint common (yet), but have had it at dat German pub Deutsches Haus n Brussels Beer Cafe.

We down our drinks coz sum chick called Erin (i think) takes us on a short tour of d facilities (ie, where da shit’s made) to explain how da shit’s made. Sumtin about fire, alcohol and alien crop circles.

I guess i wasnt really listenin. 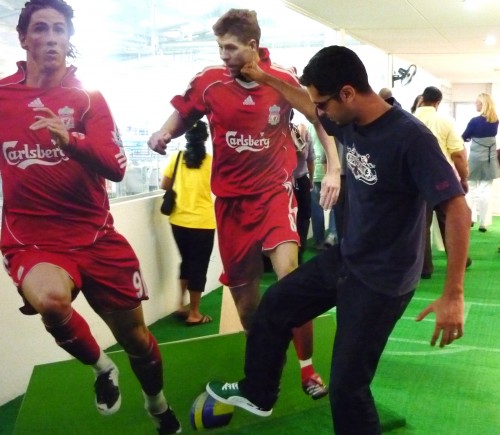 We’re soon back at d lounge and back at our job. Mmmm, nutin in d world like bar without a cashier.

Goddam Max is always fuckin w his phone when am tryin to drink wit him. Bitch. 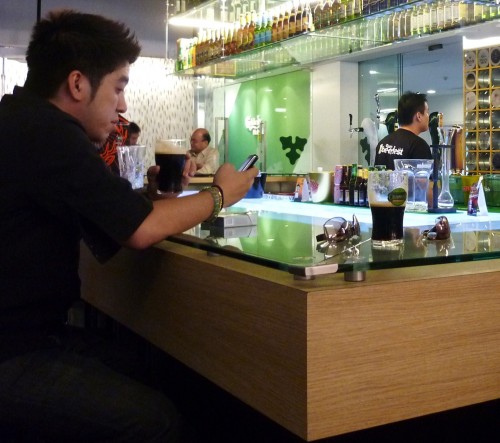 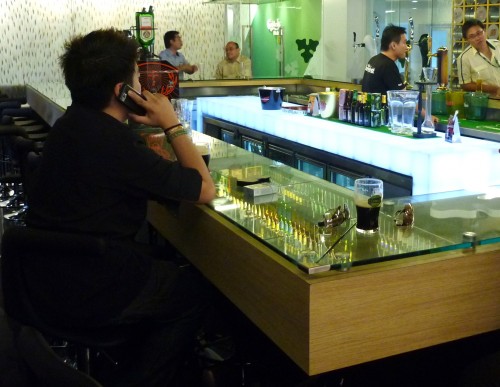 He's a bit psychotic, so when he talks to himself, he pretends he's on d phone

Dis time, he paid for it.

Was d last call at d bar. I says to him “Dafuck man, u’re still one glass behind me. All nite man! Come ‘on!! Fuckin embarassment to d Kadazans.”

So i get myself one more, and two for him. 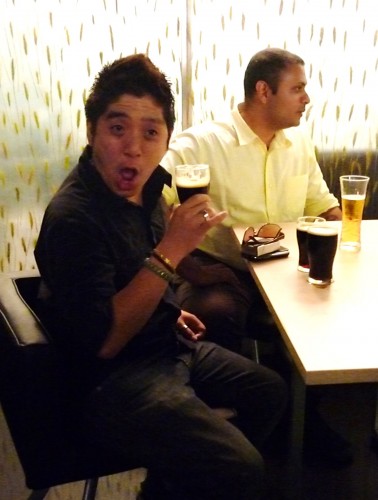 Three to go. And lookin cocky

Before long, he rushes to d john. I tail him. 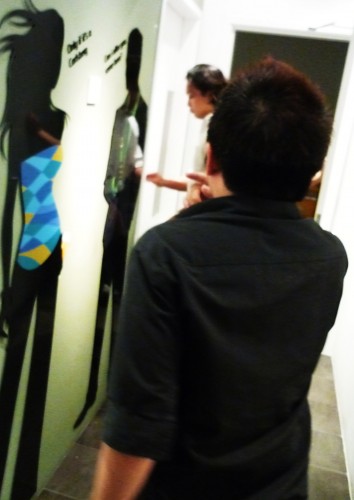 "Outta my way! Gotta make it to d loo. No time to talk to d chick in d blue tube." 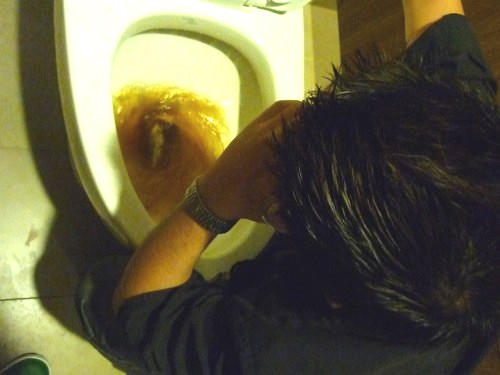 Goddam maggot tryin to get rid of d evidence. I should have stepped on his head n shoved it into d bowl, but am just too nice sumtimes

Of course am laughin my ass off as he pukes. I say “serves u right dick. U were on d phone all nite, and not focused. Dis wat can happen. Get out there n finish your drink u piece-of-shit maggot!” He cant do it, so he lost 10 points.

He should have thanked me. Maybe he did, i dunno.

Sallgood. It’s part of his two-month probation / training. Max applied to join d Drinking Army a year ago coz he wants to learn to party like a pro n do it right, but we rejected him.

This time d committee approved his request. He’s now a freshie recruit (maggot), and hopes to be formally accepted and graduate in two months, depending on his performance. Might be updating his progress here.

It aint easy – he has to take a lot of shit without protesting, n merciless ragging from d whole crew during this training period. Like a good grasshopper.

Blackshit fans will be happy to know dat Sid’s Pub (Tmn Tun n Bangsar South) will have Guinness at happy hour prices all nite long dis month. Nett $18.70 a pint, $11 half a pint.

Go ahead, get wasted. 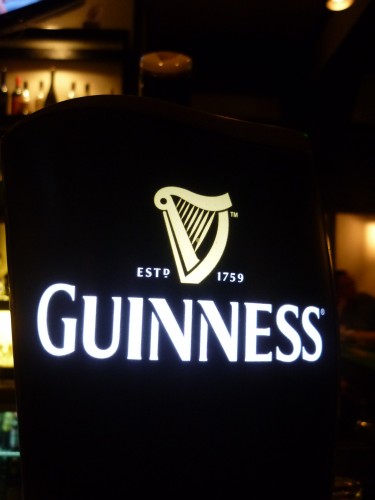 Get a tan. Drink Guinness 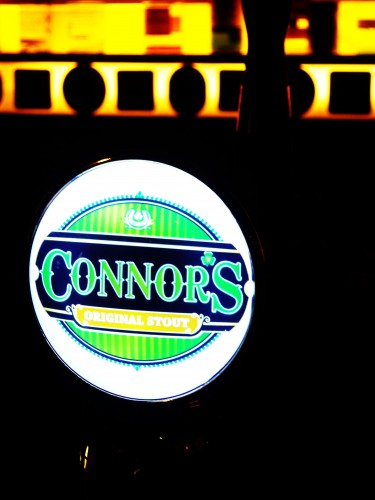