Hendrick’s is a gin. Sumtin i dont do often. So when the opportunity arose to party, 1920’s style, i wuz all over it.

It graced the premises of Estate, a cool restaurant-bar at Intermark Kuala Lumpur. 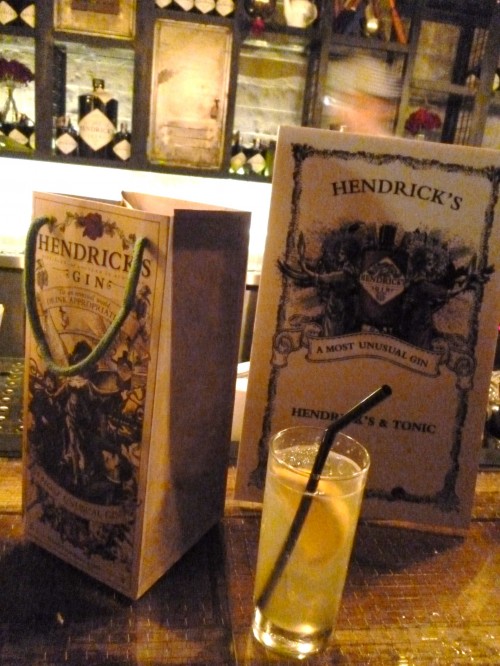 Menu was quite interesting, especially the gin-infused food!

It’s made in a village. In Scotland. Haha 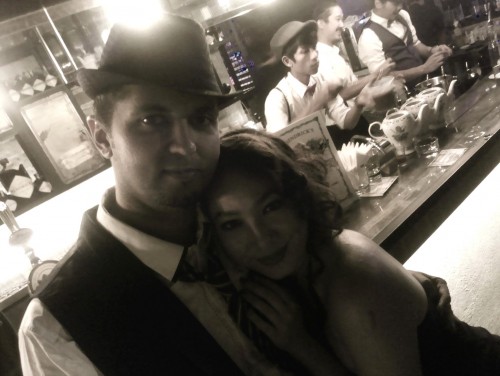 Among gin brands, Hendrick’s would be considered floral and vegetal, with infusions of rose and cucumber. (If you’ve eaten rose petals, as i have on varied occasions, they’re actually sourish.)

(Also, carpet grass is not as bitter as you think.)

It’s goes easy on the juniper, unlike classic gins like Tanqueray, which give more strong flavours. Hendrick’s is light and fresh. 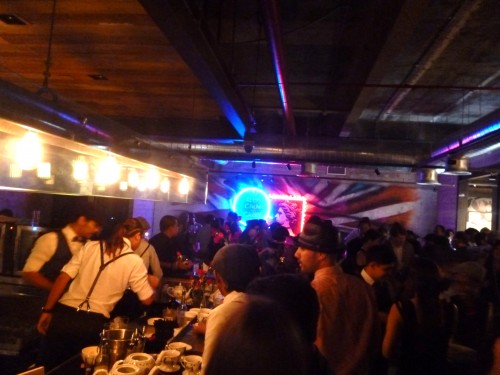 Erik the brand ambassador was supposedly around, tho i didnt see him.

There were three cocktails being served, as no one seemed to want it straight.The first was the usual – gin & tonic, which i dislike. The second (lemon-elderflower soda mix) and third were great, especially the tea! 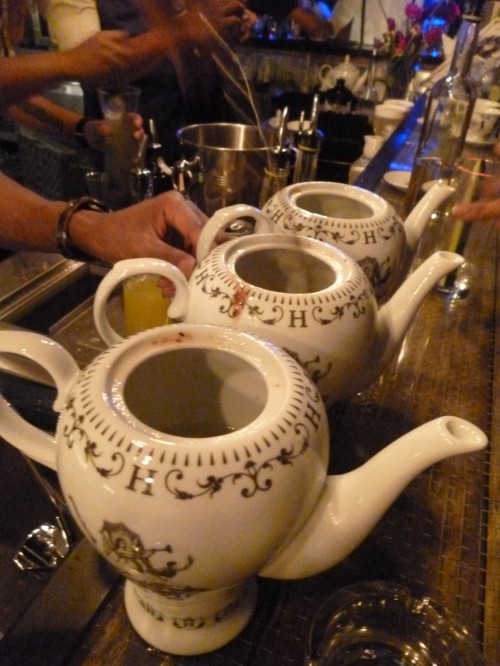 Aint no ordinary crap tea. This baby is pretty loaded with Hendricks, and has a sweetish-strong mix, smelling of potpourri a lil, and tastes like… i dunno. Like a fresh spring garden. 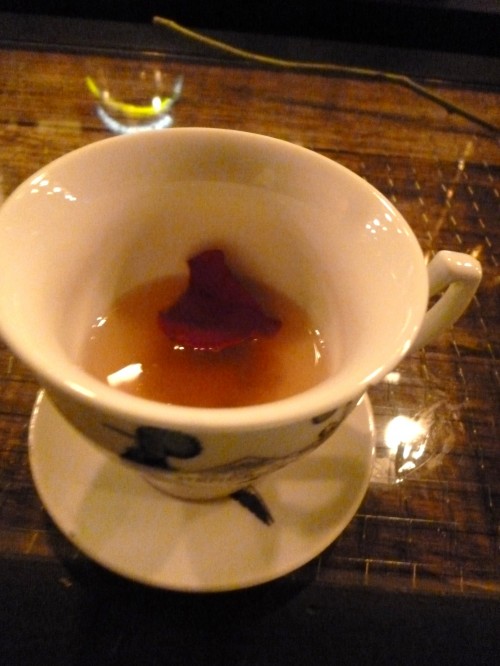 I think we had a pot each! (Then we hit another party!) 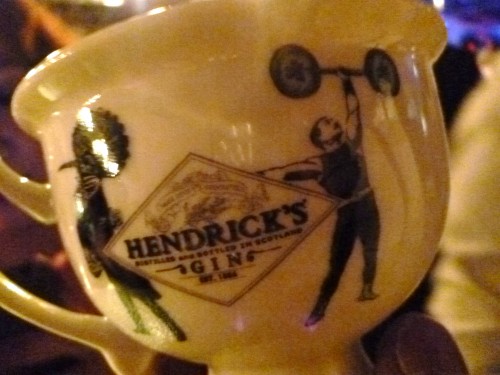 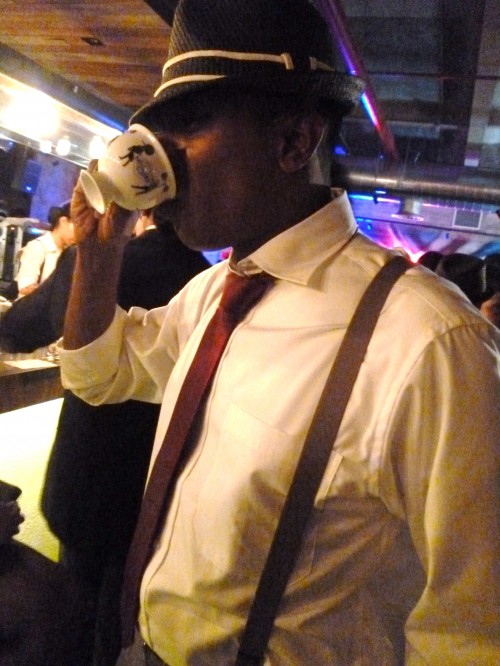 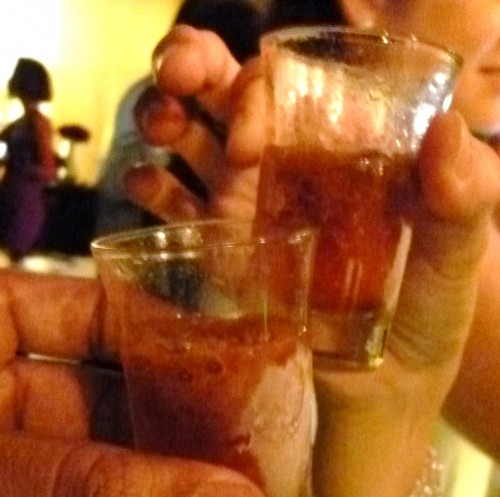 It was a cool party, with good food n drinks and great service and an interesting crowd, including these two punks: 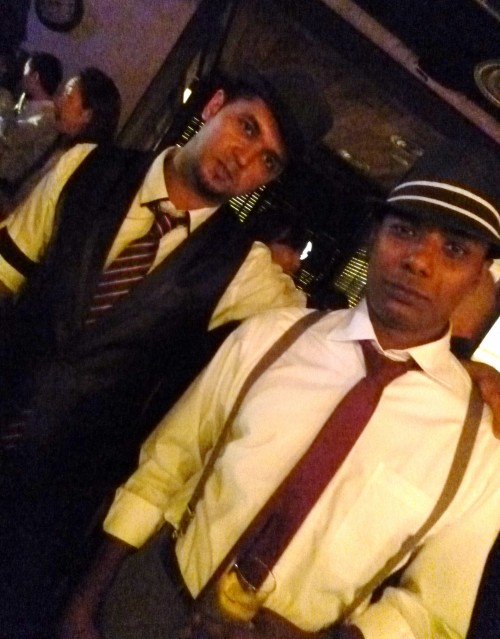 Where da Tommy gun at boys??