The ++  info u see in small print in menus of F&B outlet mean’s there’s a 5% government tax and 10% service charge.

The 5% tax is just that – tax, which of course goes to d fucking useless federal government. The 10% charge is imposed by the OUTLET, not by the govt. It’s supposedly to forward to employees as incentive / tip. Whether they do give it is another story. (Some dont bother coz they wanna get rich, or give less than they should.)

Some outlets dont charge either one, or include it in the price.

The service charge is actually optional (up to the owner whether to do it), while the govt tax only applies to outlets that gross more than a certain amount anually: over $3 million in sales, and they need a license from Customs to charge you the 5%.

ONLY 435 premises in the country are authorized to charge you the 5% tax. If you think the outlet is pulling a fast one &  u wanna cari gaduh, you can do so by lodging a complaint with the Customs Dept (online). E-mail complaints – cd@customs.gov.my. The restaurant has to publicly display the Customs license.

Personally I think a lot of them are just conning us.

Any outlet in its first year of operation usually cannot charge the 5%. That would be illegal, unless the sales have already crossed $3 million before the first 12 months are up. Which is obviously rare.

So in total, it can hit 15% extra charges to your billing. Which is quite a bit. A bill for $350 would cross 400 bucks with these this crappy fees.

Some newer outlets now have their menu / drinks list prices in nett. The price u see is d price u pay. Which is a way better system.

Anyway, now u know exactly what the goddam 15% is about, dont be fooled, & party on! 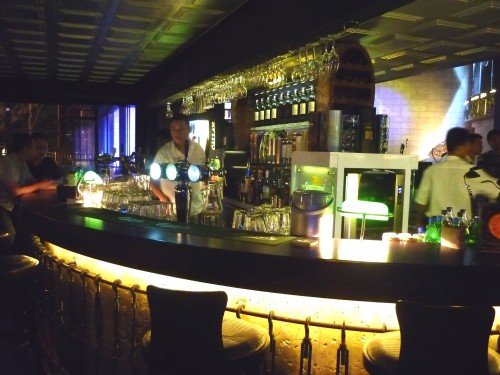