was d plan. We were doin some absinthe cocktail sampling at Wabisabi. So we sampled. And according to eyewitness reports, were eventually staggering outta there. Haha 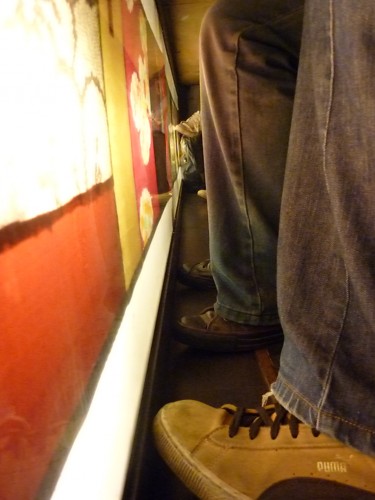 There was absinthe + Blue Curacao (Smurf), absinthe cranberry (Ms Hyde), and absinthe + mint liqueur (Dr Jekyll). D cranberry one turned out d best. As it was a sampling, portions were small. 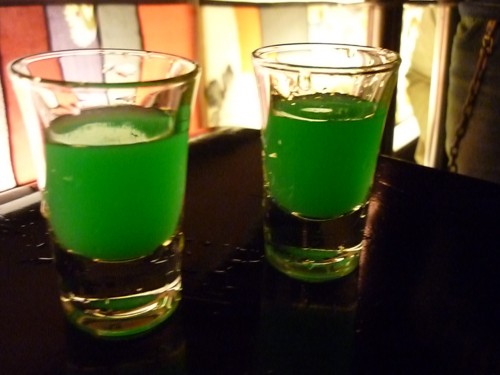 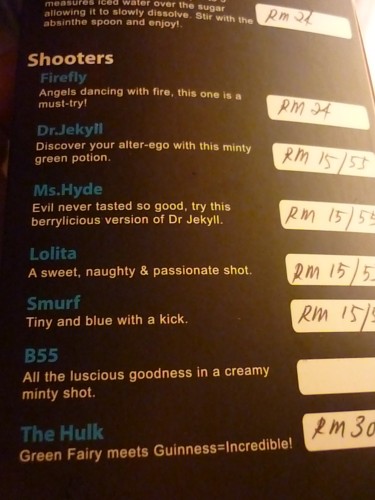 So me n Henry decided to ‘top-up’ (konon). We each had three pints of black shit, and The Hulk – absinthe mixed with Guinness (downed that), and three shots of Jose Cuervo, and ended with three shots in a row of absinthe, neat.

Vincent of TWE, d absinthe distributor, showed up at our spot. And probably regretted it. We made him light up his absinthe instead of adding water. Poor guy was shocked, but he downed them neat anyway.

We told him to screw d “French style”, “Swiss style” or watever white-man style that he was showing us and do it KL style. He seemed to like it. Not sure whether he still liked it in d morning. 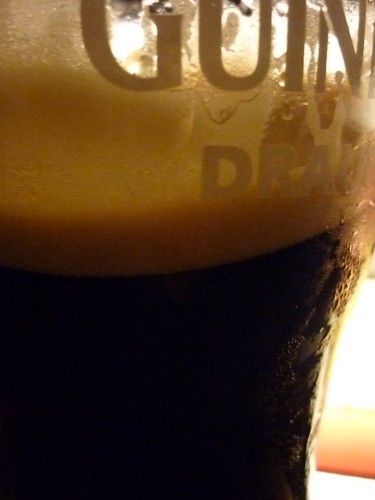 The Hulk. There's a shooter glass of absinthe swimmin in there somewhere

2 thoughts on “One or two drinks…”