Had an awesome 8-day vacation in Laos in Feb. Three ass-kickers – the bars/cafes, the booze, n d clean, clear river that runs through the town.

We landed in Vientiane and jumped into a van to Vang Vien immediately. Coz dats where its at.

Vang Vien is goddam beautiful, especially adventure stuff, the river and the hills.

I have a general policy to not travel the same place twice, but might make an exception for Vang Vien. It’s a mix of nature, adventure and partying.

We rented a couple of motorcycles (about RM20/day) that were real useful. Trashed them well – off-road n shit, to get to cool spots to drink n party by d river. And some caving.

Beer Lao is Laos’ best-kept secret. The best beer I had in years. Joleen, who dislikes beer, started drinkin beer there. Haha. It’s like two bucks a beer, and available everywhere. And i mean EVERYWHERE. Even under a bridge, by its pillar, while you’re kayaking or tubing downriver. It’s light-tasting and smooth. Alcohol is 5%.

And the local moonshine is called…. guess what? Lao-lao. So dat even if ur drunk n brain-dead, u can still say “more lao-lao!”.

It’s clear rice liquor, like Sarawak’s abortion-inducer, langkau (not to be confused with Sarawak’s mood-enhancer, tuak).

And the top whisky is called Tiger. Both of these are like only 8 bucks a bottle. Tiger is pretty decent. Warms u up quick when tubing downriver. Bars located all along d river. Just wave, they throw u a rope, n pull u in. Exchange some cash, get your booze, continue to float aimlessly downriver. Awesome.

So here are some glimpses. I wasnt carrying so most pix were taken by Khang & Joleen. 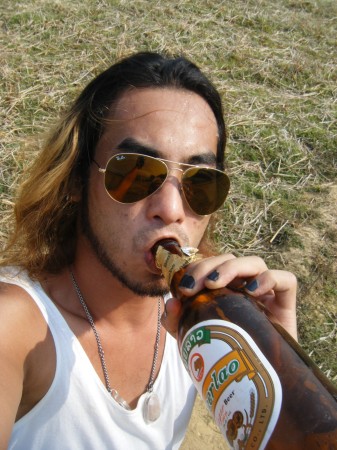 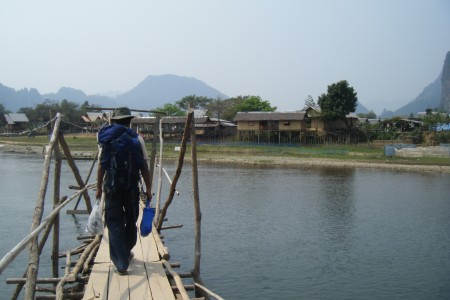 Crossing d bridge... to d Other Side Bungalows (more like shacks, but luved it) 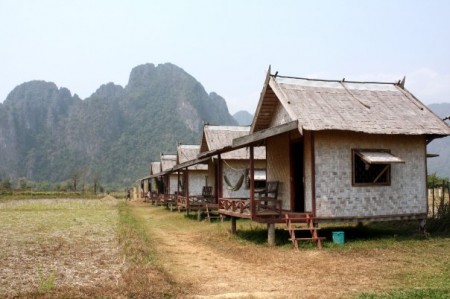 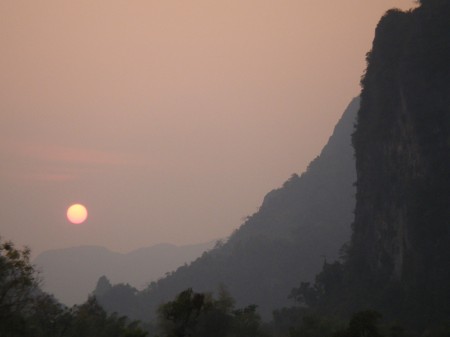 The sun sets in our backyard 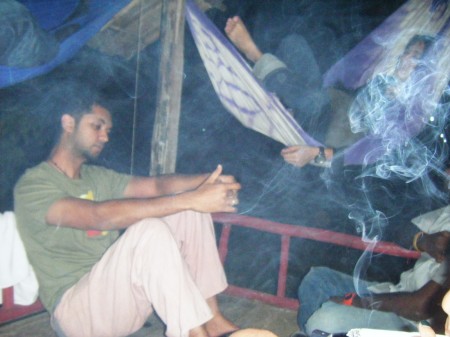 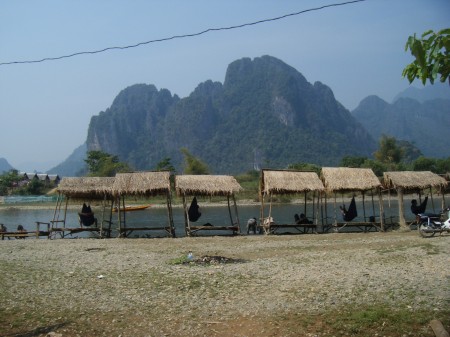 Beer & mandi-sungai huts near our 'resort' 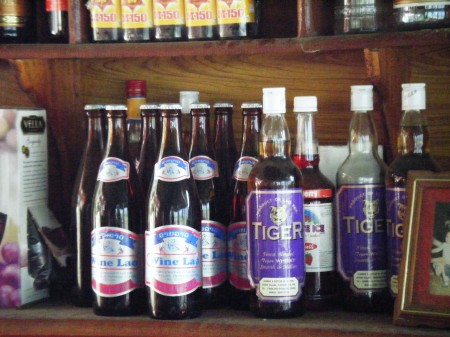 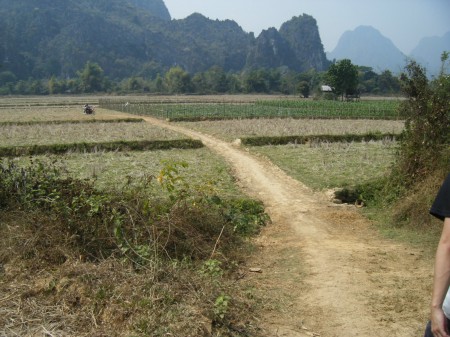 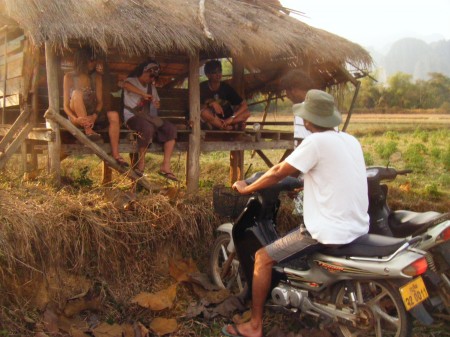 Takin a break from d sun... 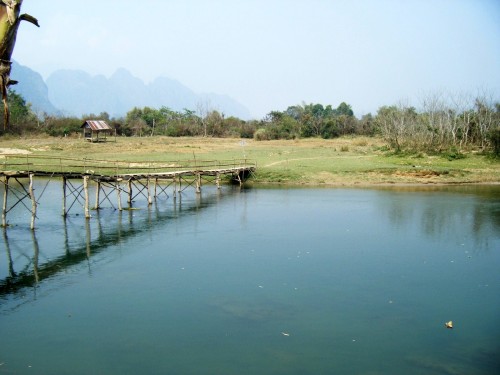 And ended up here. Niiice! 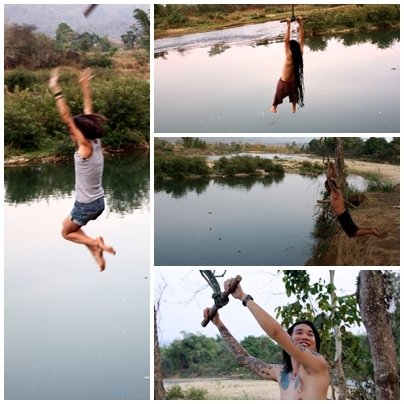 And started monkeying around, after several Green Apple Smirnoffs

Kayaked 8km downriver one morning, with the help of one Beer Lao every km 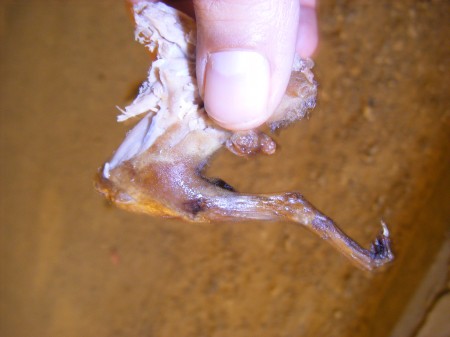 Here! Have a rat. We had a bbq-ed field mouse. Rubbery shit 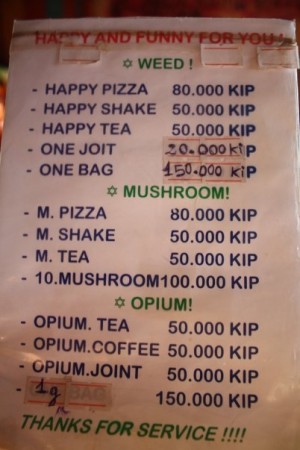 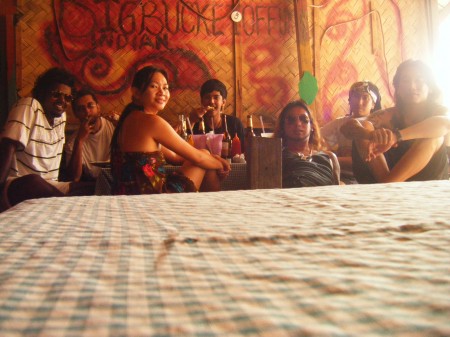 The psycho seven who were on da road. Effortlessly gave Malaysia a bad name 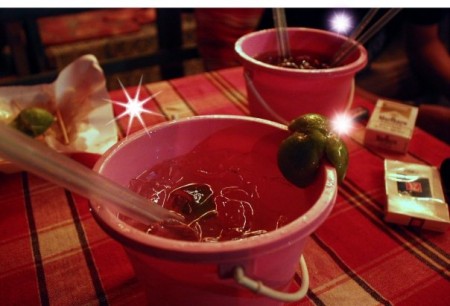 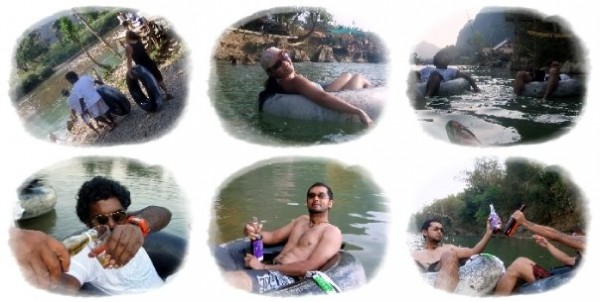 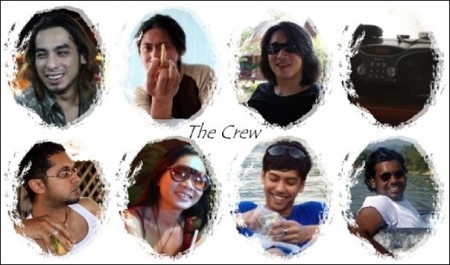 Avoid these travellers at all costs 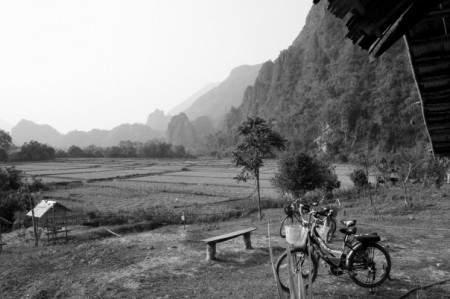 If u want scenes like these over there, u gotta be adventurous. And clueless

5 thoughts on “Partying & messin about, Laos”