Yea, the river is called Chiling.

And it’s my fave spot in da world. 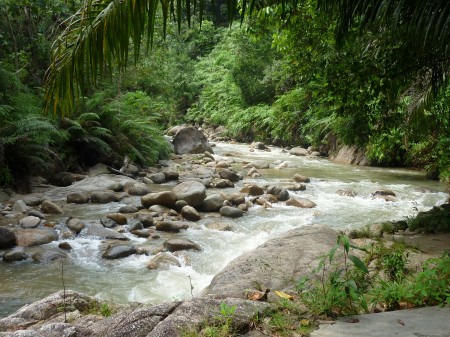 The frontyard of d pad

Had a bbq n drinks weekend at the house by d river, Maycliff. Awesome spot. Highlights were Blavod & the amazing Beer Lao, which unfortunately is not available in Malaysia.

And we brought da dawg. 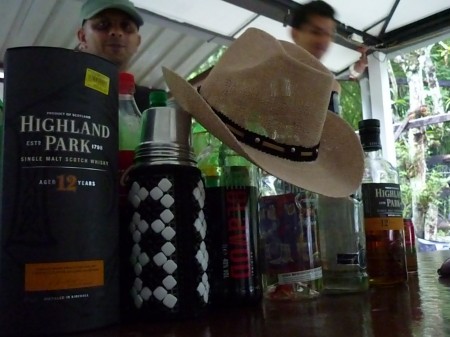 Some of d weekend’s weapons Homey goin for it Souvenirs we brought back from Laos. Yea d beer too. It’s awesome There were some other dawgs there 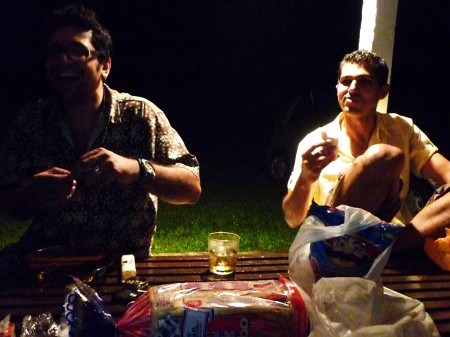 For some reason the embers seem purple

While we were in d river with d kids, some dudes across d river shouted at us. “KELUAR!!! KELUAR!!! CEPAT!!!! KELUAARRR!!” I didn’t stand around to ask “Hah? Kenapa ni?? Rilek laa…”

I knew what it was. A flash flood. We grabbed d kids n got out.

It’s amazing how sumtin so fun has d possibility of turning tragic in a blink.

It rained earlier. And it stopped. Everything was fine. Then the water level rose several feet, turned brown and d flow was crazily swift, with all sort of debris in it. And it roared real loud. All within 30 seconds. The kids were playin in d water at that time. The campers’ warning saved their butts, cos they would have been swept in a blink.

This river has taken many lives, in a variety of ways.

Been there many times, but it’s d first time i’ve seen this. Tea anyone? This is d same spot as d following picture. Bastards must be logging upriver 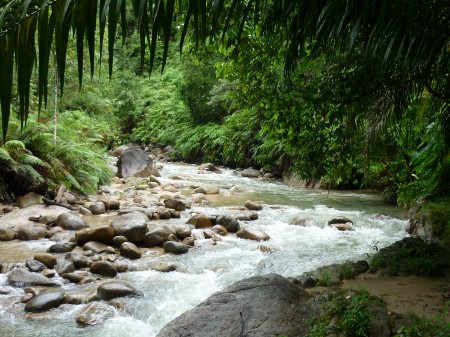 This is what it looked like a minute earlier

The river is just a short walk down d stairs from d garden of d house. Great spot.

Especially with a great bbq, friends and booze. Eddy, Henry & Khang showed up at 2am, cos they had a gig in KL. Semangat!

A super weekend in KKB.

6 thoughts on “Chillin by Chiling”