Checked out motoXpo 2012 today, a two-wheel show and conference goin on now. Some mean machines right there. Among the Japs, i love Kawasaki designs the best, then Yamaha. Suzuki & Honda, naah, not radical. 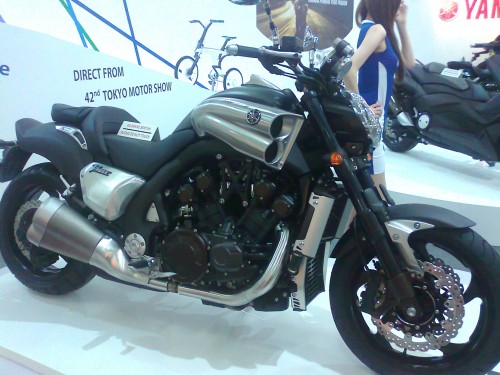 Today brought back some sweet memories of when i had my Kawasaki ZXR750, a sport bike. 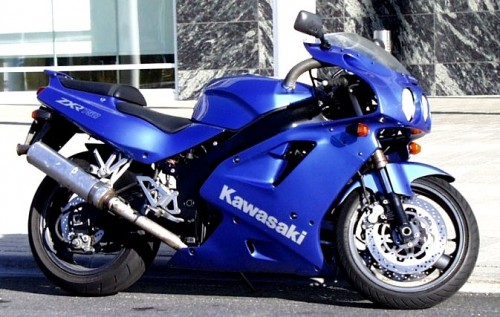 But of course, u have to crash. Comes with the deal. 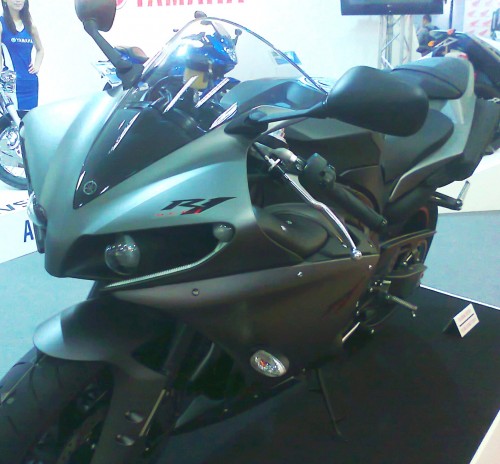 And if ur too drunk, u might just slide off d seat. Haha

I actually dozed off while riding once, but was sober. 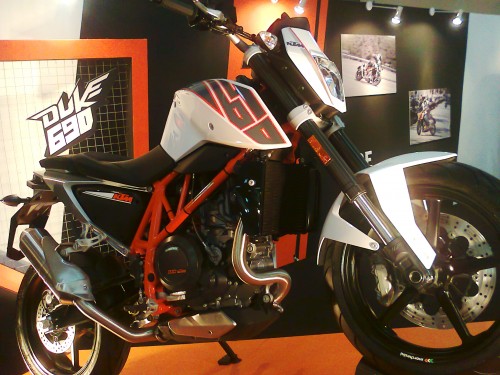 Had a few spills, one involving Bala, the same dude who was with me that legendary night when Night Train derailed my fuckin ass.

We were real high and cruisin on my ride in Bangsar. Was still thirsty so gatecrashed a house where there was some dinner / catering goin on. Walked in and had a beer or two each. Stole the glass too. And rode out. 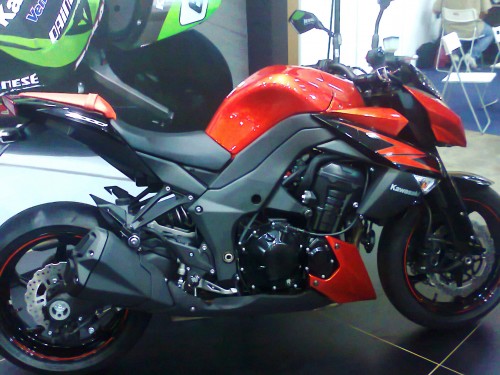 Payback wuz around d corner. As i heroically overtook a car at a corner (Travers), i went off d road slightly, due to an understeer. Tyres got into some fuckin mud, bike danced & fish-tailed, went across the lane and hit the pavement. I lost control, and the bike threw me against a tree, and it carried on sliding on the road, stopping quite a distance away.

I was lucky i was off the bike, or it would have minced my leg. 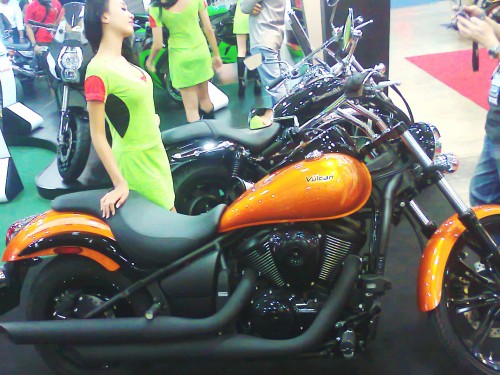 My chest slammed against the tree trunk, dislocating a rib. Man it hurt, and i couldnt breathe. I didn’t see Bala anywhere! Soon i walked about lookin for him, in a daze.

Then i heard some groaning from a distance – niga was in the drain! Haha! He was catapulted or sumtin, rolled down the slope n into d drain. 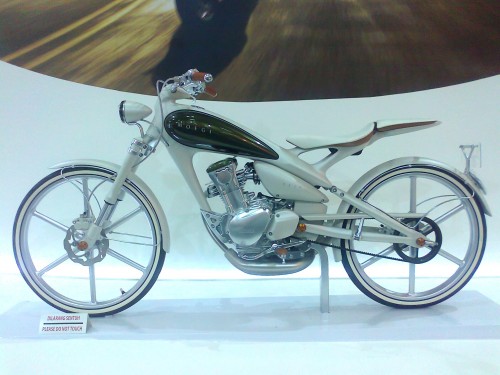 Ambulance scooped us soon after. We were both hurt but reasonably ok, bike not so. 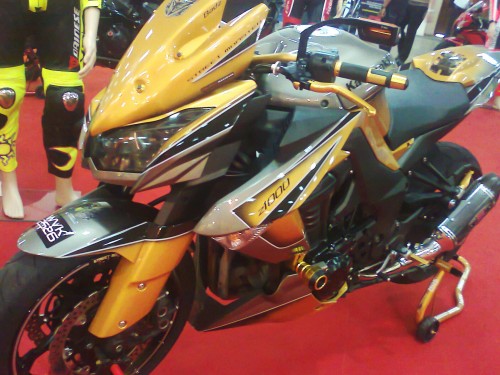 Drink-riding is a league of its own. If i start riding again, its gonna be a problem! 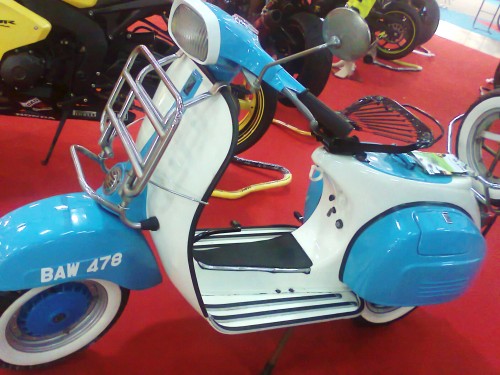 Anyway, the expo is on till Sunday at Putra World Trade Center, KL.

Riders, go get a hard on. 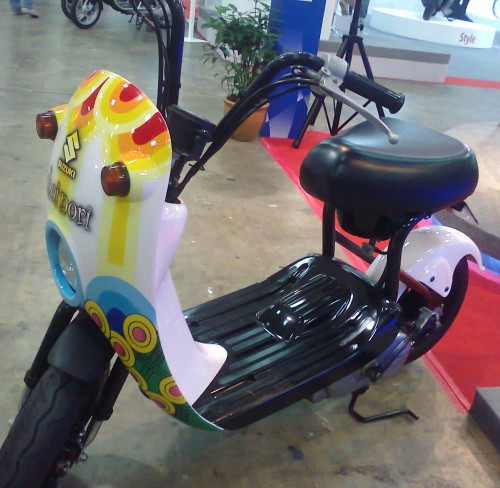 5 thoughts on “Cruise in style”