The Boozepimp for November is Mr Mark Jenner, the marketing director of Guinness Anchor Bhd (GAB). 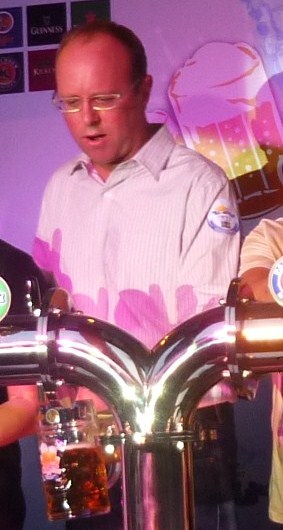 Mark, 42, is from New Zealand, and he joined GAB in 2007. He’s married with two kids aged 8 & 6, and his family lives here with him.This is his final month with GAB (his office is AT the brewery) as his contract has ended, and he plans to move back to NZ. To count sheep.

He and managing director Charles Ireland can usually be seen at GAB’s main events. October was a busy month for both as we witnessed the country’s biggest Oktoberfest yet, thanks to GAB.

I: Why are you in the drinking industry? I know you get loads of free beer and all. But you do get paid too right?
Mark: Cause it’s incredibly social, let’s me travel the world, meeting and working with great people and get paid well doing it!

Besides being shoved into sleazy karaoke bars at two in the morning, what do you like about it?

Never paying for a beer and attending some of the greatest sporting events on the planet – I’ve been lucky enough to attend the opening ceremony of the Athens’ Olympics and two Champions League’s Finals – Paris 2006 and Rome 2009 – both won by my favourite team Barcelona, who crushed Real Madrid on Monday.

Some of GAB's brands

What DON’T u like about it, if that’s even possible.

The 13th yum seng on the 5th consecutive night out.

Uma Thurman… well, I don’t know if she drinks but anyone looking that good in yellow leather holding a sword  as in Kill Bill Vol I has to be great company on a big night out.

Um, OK man. Whatever. Is there an underground pipeline filled with beer leading from the brewery to your home, or at least office? 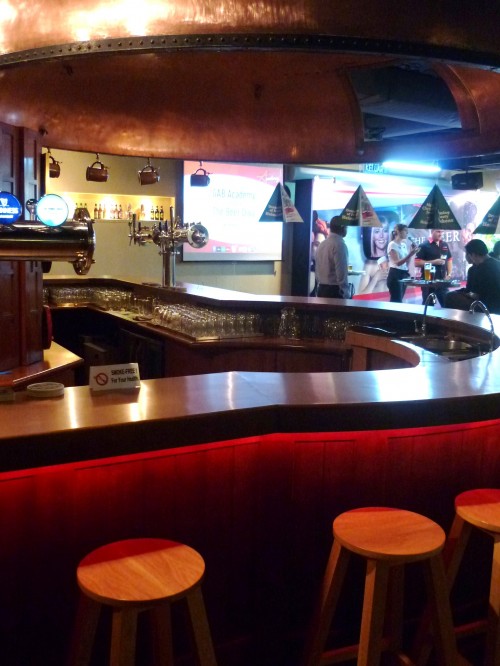 The Tavern @ GAB, where Mark goes for free beer

Cause we have a brilliant new Tavern at the brewery. A pipe-line home would be just be showing off and no-one wants that.

Huh?? I do man! And what’s your bar like at home? It should be real good. And when can I raid it?

My bar… very minimal but I do have a great beer fridge. It’s a limited-edition Heineken Premium Light fridge that was built and sent to celebs to get PR for the launch of Premium Light in the USA. One found its way to our house in Amsterdam, where we were living at the time!

Thief. So when’s the last time you had waaay too much beer?

Watching Diana Ross perform at the KL Hilton. A living legend, she was fab! 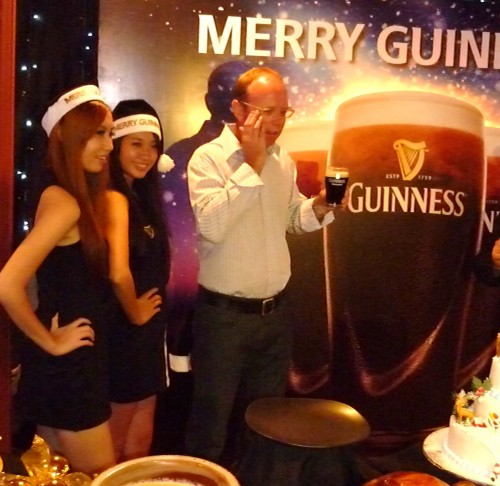 "Gosh, if only i could remember their names!" Mark with Santarinas at the Guinness Christmas party last week

How has the drinking / F&B scene changed since you came here in ’07?

More choice, better pubs and clubs, and smarter customers… well, the ones that work with GAB.

While a couple of years ago, there were extremely limited beer brands available here, things are changing quick. There are a lot more options – some great, others dubious like Panda & Zebra – and consumers are more discerning. They realize there’re also good ales, as beer is much more than just lagers, like Tiger or Carlsberg. How do you see GAB facing this challenge, this new-found variety and choice that consumers are getting used to or even demanding?

We’re embracing it, all good news for the category gratefully received… We’ve imported Strongbow Cider, Sol beer, Newcastle Brown Ale and formed an alliance to market Paulaner wheat beer with our friends from Euro Empire. So we’re leading the charge to more choice. Watch this space.

No, but smuggling should be stopped ’cause it’s not fair competition. And it reduces government revenues.

Good. Haha. Any proposals you’d like to put to regulators?

No… but I’m sure my corporate affairs colleagues and our MD have… send them the same question! 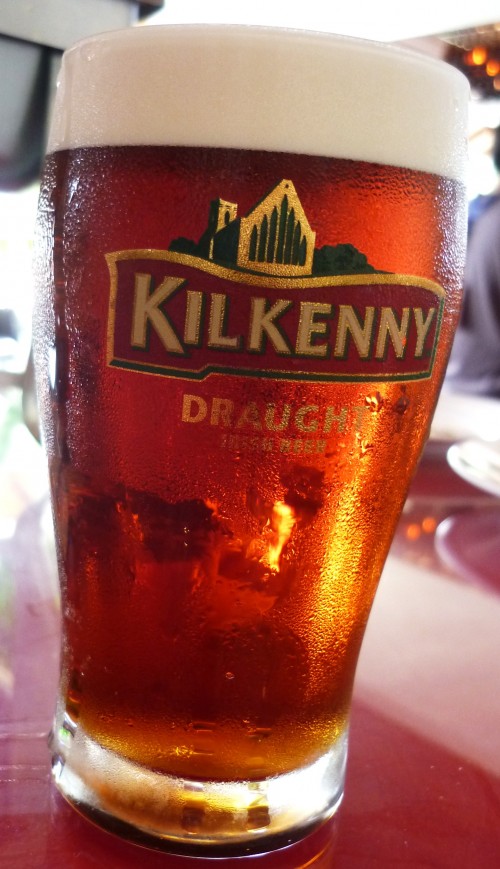 One of my fave GAB brands. Btw Mark, it was my birthday last week. *Hint-hint* Haha!

What do u like & dislike about the drinking scene here?

What are your proudest moments here with GAB?

Proudest moments are absolutely nailing the opportunities presented by ‘Year of the Tiger’ and the World Cup, helping create new ways to unleash the power of our brand portfolio, working with an incredibly competitive, smart, energetic group of marketers everyday and ensuring my successor was an internal promotion – a very smart lady by the name of Yap Swee Leng.

Will look forward to meet her. What would you like to say to drinkers out there, besides drink responsibly??

You’re only as old as the beer you feel…

OK, am gonna need a drink to understand that. Thanks Mark, all the best!