Yea, yeast is my new best friend. Coz i just gotta let them do what they do best, and before i know it, i got free booze!

My apple cider experiment has worked out. And its gooood. 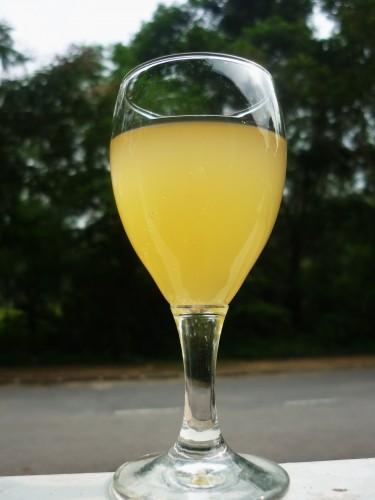 These little fuckers just need sugar. They consume whatever sugary liquid u feed em, and they fart CO2 & piss out alcohol. How cool is dat?

And just as a bonus, yeast are also a source of B-complex vitamins and protein. 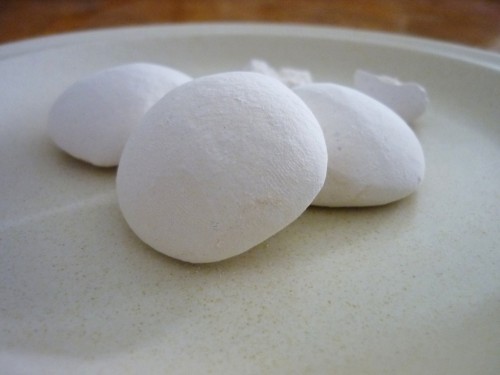 Easily the most important & productive micro-organism on earth

All i gotta do is pound, and dump these organisms into apple juice, then chill for a couple of weeks. In d meantime, the yeast dudes are working 24-7, multiplying & producing alcohol all d time, billions of them, for free. I dont even have to give them a salary. Its slavery!

A German chemist wrote back in the day about yeast: “These are endowed with a sort of suction trunk with which they gulp up sugar. Digestion is immediate and clearly recognizable because of the discharge of excrements.”

He rambles on: “These animals evacuate ethyl alcohol from their bowels and carbon dioxide from their urinary organs. Thus, one can observe how a specially lighter fluid is exuded from the anus and rises vertically whereas a stream of carbon dioxide is ejected at very short intervals from enormously long genitals.” Haha! Big-dick boys.

One drop of fermenting juice can contain five million yeast cells capable of doubling their number every two hours.

The thing about these guys is they end up drinkin themselves to death. Wine yeast can survive up to 14-18% alcohol in d mix before dying of alco-poisoning, but beer yeast will probably die around 6%. Anyway, there are more than a thousand yeast species around, depending on what u wanna brew.

I made 12 liters of apple cider using about 30 cents worth of yeast. So my cost for producing all these booze is basically the same as the cost of apple juice. Amazing.

Then u realize that alcohol is actually fuckin cheap.

I waited 18 days before deciding dat it was strong n tasted good. Dats when u start bottling. After 2 weeks, i did a taste-test every day. When u feel it’s just right – good balance between sweet & sour & alcohol, its ready. I was bottling them when i was drunk, so no pictures of this happy process.

I was planning to make sidra (apple cider), but since i used wine yeast rather than brewer / beer yeast, i got apple champagne. Haha! To get the fizz, just add a teaspoon of sugar into each bottle then seal the cap. It shd be fizzy within a couple of days. 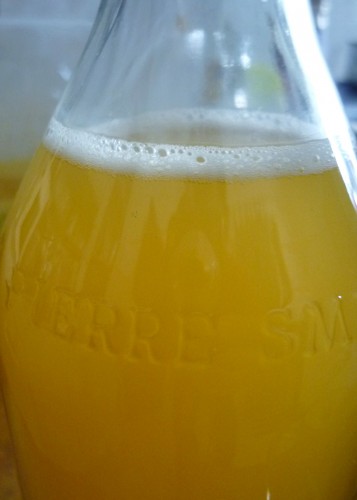 My brew is fucking strong. A couple of sips this morning n i was buzzing. Gonna get a hydrometer to check the % of alcohol.

Obviously the brew has only 100% natural ingredients.

Will post a step-by-step soon on the DIY apple wine. At the mo, sugar cane wine is brewing.