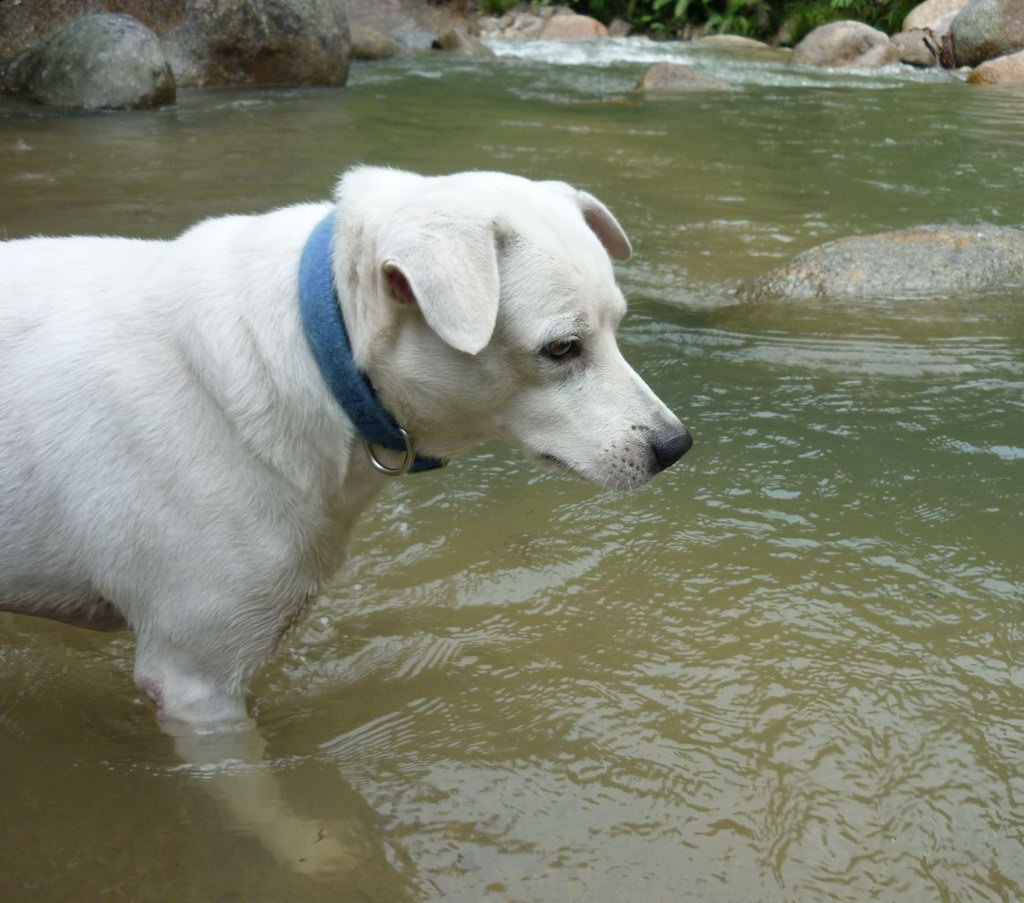 Homey da dawg is fucked. Dude escaped from d house on Saturday morning and came back lookin like he got raped. Blood all over him n d floor n shit.

Problem is i’m used to seeing him hurt from fights. He’s a punk. Charges into and attacks gangs of dogs. And i gotta be his back-up sometimes dammit. Get in there and start kickin ass.

But he tends to fix himself up.

Yesterday i noticed a very deep hole in his thigh, and a couple more near his ass. From dog fangs. His leg has swelled to a huge size pretty quick. Took him to d vet but was closed. 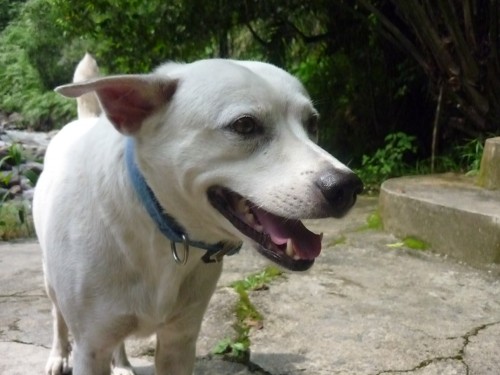 U wont be smiling if u lose a leg boy!

So today left him at the vet, coz doc needs to knock him out with ketamine first then fix him up. Hope he dont lose the leg.

Will he learn? Nope. I bet he’ll keep picking fights. 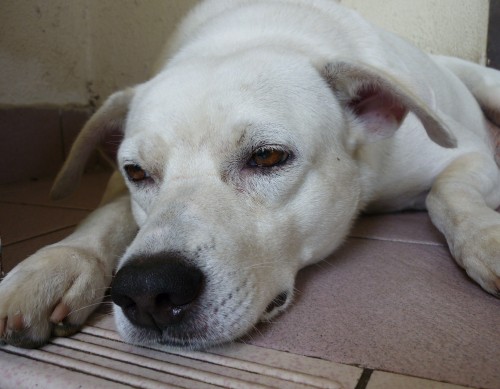 OK la, if u lose a leg i'll throw a party to cheer u up

Update: Doc called me yesterday n said “I pumped some medicine through the hole near his butt and it came out through the hole in the leg. The infection has caused the holes to go so deep that it’s now a passage. Also there’s been some severe muscle damage in the leg.” I was like, ok he’s gonna tell me he has to take d leg off. Or put him down. Fuck.

Fortunately for d fucker, he keeps his leg n life. Doc knocked him out n treated the wounds. Homes is on five types of pills, twice a day, for 10 fuckin days.

I couldnt help laughing when i went to collect him. Dude was still anesthesized, so he was drugged up. He tried to walk and his legs gave way. Haha! Terkangkang all.

Then at home he was walking like a drunk! Totally legless. Zig-zagging, falling down. Stoned. But still wanted to get out of d gate.

Like i said, the mafucker didnt learn his lesson. Last night after the treatment he again somehow escaped from the house. If he was lookin for a fight, he would have been too stoned to defend and torn to shreds. Lucky for him he came home in one piece. Gonna keep him in lockdown for a week till he recovers.