Heard some significant news last week from Antares. The Bamboo Palace, my escape / hideaway in KKB, is no more. 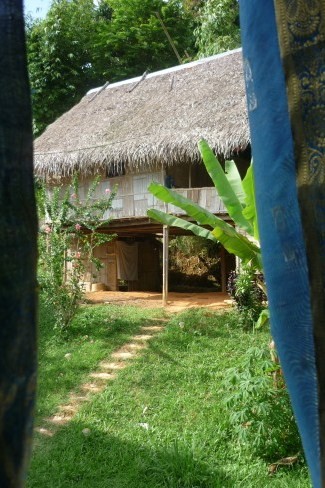 It went out in a blaze of glory. A fire ended its glorious seven-year run. 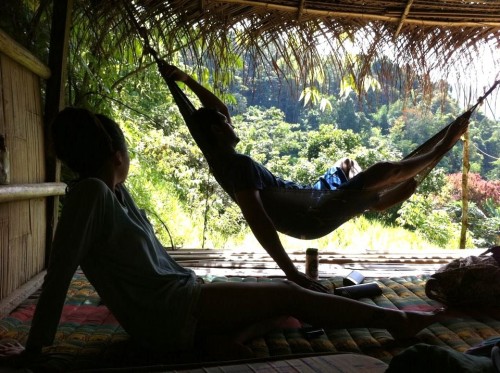 In my fave hammock

I lurve every bit of it. The two semi-open-air rooms, the happening living room where it all went down, the funky kitchen downstairs, the straw-hat lampshades, and the nature-themed bathroom; with a proper flush toilet. 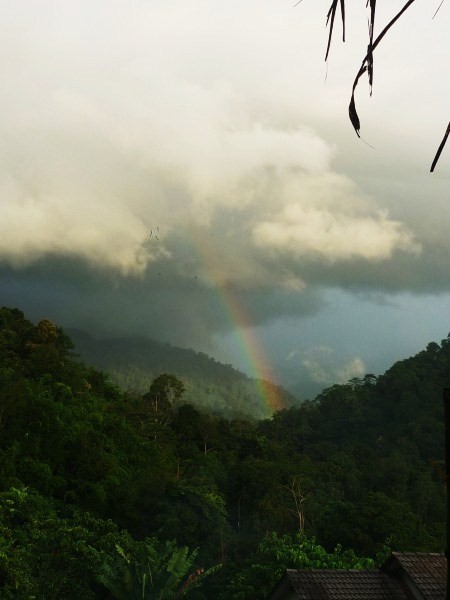 ..and sometimes, a rainbow

Some pix of the Palace at the mid of this previous post, where i practically had the Palace all to myself for five days. It was an unreal experience.

There’s also this video of a coffee-jam session in the Palace kitchen.

Antares has been cool about it. Renewal n stuff. He wrote bout it here. WITH pictures of it in flames.

I gotta say, i’m kinda devastated. Am afraid to go back there, coz i wanna remember it as it used to be. All that’s physically left is d kitchen sink.

Well. If there’s one thing I’ve learnt, it’s that nothing stays the same.

So squeeze d best out of every experience, and every moment.

Goodbye Palace. At least you checked-out in style.