Over the course of the last one year, there’ve been a few developments related to the blog. My first talk over podcast was last year with the Om Nom Cast entitled “The Yelstin Boogie“, which is also d name my house cocktail. (This show is now a food cast that’s now the Om Nom Show on Bfm.)

This was followed coupla months ago with the KLue Foodcast, titled “Spirit-ual Guidance.” Haha.

There was also a piece i did for New Man mag on the best 24 beers in Malaysia. And i did an opinion piece for The Last Word column in JUICE, entitled Not So Smart, Are You?, which basically is about how some Malaysian drinkers are real suckers as consumers.

If things work out, I’ll have a regular alcohol column in a magazine soon.

Am i doing another crazy party to mark the anniversary?? Haha! Dont know, haven’t decided. Am tempted. Very tempted. If i get booze sponsors again, then probably. 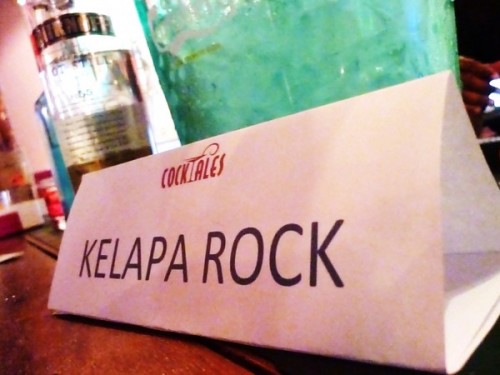 You guys, as readers, are entitled to gimme your opinions about the blog (whether i givashit remains to be seen!). Just go to the sidebar on the right – I’ve started a poll to allow yall to have a say on what u’d like to see here, besides naked women that is.

Also, have just created a new fan page on Facebook today, to better interact n all. That page will feature latest posts, as well as booze promos and other more minor stuff that sometimes dont appear on d blog. No need to suggest d page to your friends and bother them. Unless they’re alcos like you. U can go ahead and like it here.

Anyway, hope i’ve helped in some way to provide news and information, and even a lil education about alcohol. We’re always learning, right?