So why do some drinkers turn red while others dont??

Coz those who turn red are Communists.

Its seems to be mainly a Chinese thing, but then again not all Chinese alcos turn red-faced. Statistically, its one of every two.

It’s actually caused by a genetic mutation – of the ALDH gene. In these people, the gene works too slowly or fails in processing alcohol.

Those who experience alcohol flush reaction have a missing or deficient ALDH2 enzyme. So there’s a buildup of sumtin called acetaldehyde due to the slow enzyme.

Ethanol (alcohol) is poisonous in larger doses, really, so our bodies have evolved ways to break ’em down before it has a chance to build up. Nice. While your brain is enjoying its temporary loss of inhibition, your liver is doing its best to clear the alcohol out of your system before it kills you or sumtin. 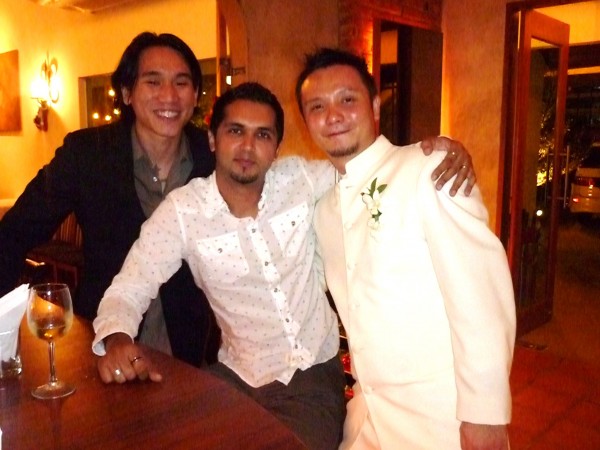 The liver’s ultimate goal is to turn ethanol into harmless acetic acid (ie vinegar), which can be easily removed in urine. D problem is that in order to become vinegar, ethanol has to be converted to acetaldehyde, which is as nasty as it sounds.

In fact, acetaldehyde is even more toxic than ethanol. Some of d effects of drinking—turning red, increased heart rate—are actually symptoms of acetaldehyde poisoning. Certain versions of genes can cause a logjam in ethanol processing and a buildup of acetaldehyde. Its this build-up dat causes the Asian Glow.

It also leads to immediate and severe hangover symptoms. These people are therefore less likely to become alcoholics.

“Flushing, after consuming one or two alcoholic beverages, includes a range of symptoms: dizziness, nausea, headaches, an increased pulse, occasional extreme drowsiness, and occasional skin swelling and itchiness. These unpleasant side effects often prevent further drinking that may lead to further inebriation, but the symptoms can lead to mistaken assumption that the people affected are more easily inebriated than others.” – The Psychology Wiki.

So why is it mostly East Asians that have AFR? Its just genetical misadventure. Bad luck.

There’s a theory that its linked to consumption of rice over d centuries.

If ur one of ’em, u have my sympathies. However there’s hope! There’re cures available out there online. No idea if they work!

3 thoughts on “The lobster-face syndrome (aka Alcohol Flush Reaction)”