I think every alcohol can be paired with food, altho i usually tend to pair alcohol with….. alcohol.

Wine has always been hogging the limelight when it comes to wining & dining. Maybe the whinos like to eat more than they drink. And also talk stuff about the various complicated-sounding flavours they’re experiencing. I managed to do that too once, when i was a judge.

But read this post for my personal version of wine-speak!

Did an awesome rum-tasting at the Cuban ambassador’s house once.

If you have an average tongue, it’s still possible to appreciate combining a particular dish with a particular drink. If the drink tastes ok with the food, or enhances / contrasts certain flavours well, then it’s a good pairing.

You generally might not notice a good pairing, but you sure as hell would notice a bad one. 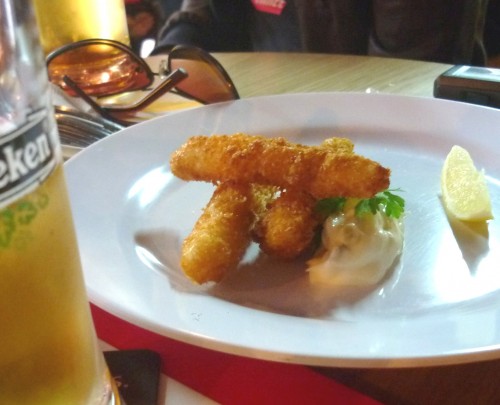 One thing's for sure. U normally can't miss with deep-fried shit

Like, there’s nothing worse was than partying at a friend’s birthday, and then the fucking cake comes around. Eat that, and u will regret your next sip of booze, coz it fucks it up. I never touch cakes while drinking. Unless of course its a Quadruple Chocolate Mudcake.

That’s one reason cakes are banned from my birthday gigs.

We’re lucky, coz as Asians, our food tends to have spices, which makes it great for beers, and sometimes other beverages too. And the awesome chili burn in your mouth makes u drink more.

Lok-lok guys shd at least sell beer too. You dont a license when it comes to bottle / canned beers.

Anyway, came across this document re pairing craft beers and food. 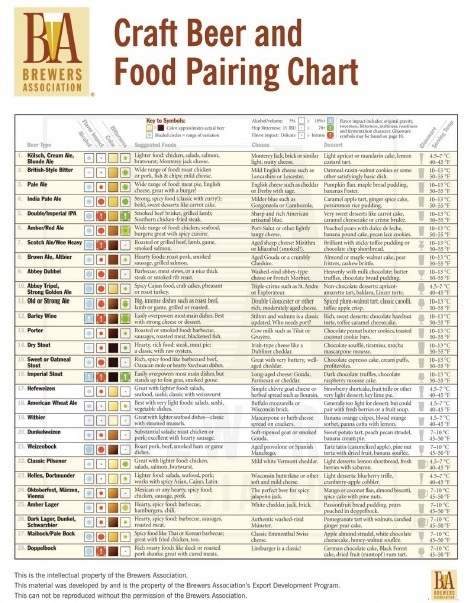 Click on the image for a clearer view. One thing i like that is common for all these beers – meeeeat!

My last beer-paring event happened at Craft Brews in November.

There’s also this piece in the Wall Street Journal called The Art of Picking the Perfect Beer for a Meal. The writer mentions spiciness, recommending “hoppy” beers, whose flavor is somewhat bitter, herb-tinged and complex. “You want a real hoppiness to combat that spice. Such beers also work with burgers and steaks that have been touched up with jalapeños or tangy mustards.”

With many more styles of beer available now besides boring ol’ lager, it’s sure a good time to be adventurous.