..has been declared! Actually, it was declared three weeks ago amidst some mayhem at Barsonic. 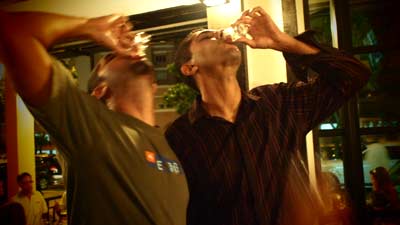 Hence, i been busy. The seasoned opened a lil earlier this year. 2009’s Season was great.

The battle-cry of “Show no mercy, expect no mercy!” will be heard many times until January 1st.

Speaking of which, it’s my birthday next week. So, if any booze company or bar is feelin generous (since its Christmas n all) n wants to sponsor a small party, lemme know! Heheh