D party went down at The Pool, this new joint that features…. a pool. 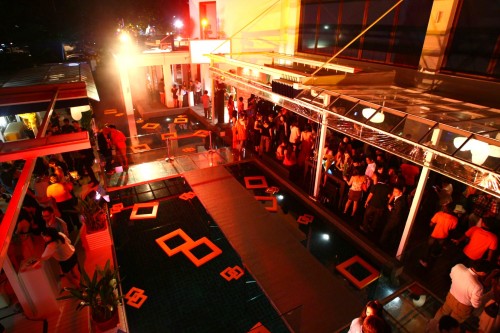 It’s part of its current campaign, with Glenmorangie described as Unnecessarily Well-Made. It’s a single malt whisky from the Highlands area in Scotland, and is the number one single malt in that country.

It’s a special whisky as after being matured in bourbon oak barrels, some variants spend additional years is Sherry casks, imparting complex and unique flavours. It pioneered this extra-maturation process. 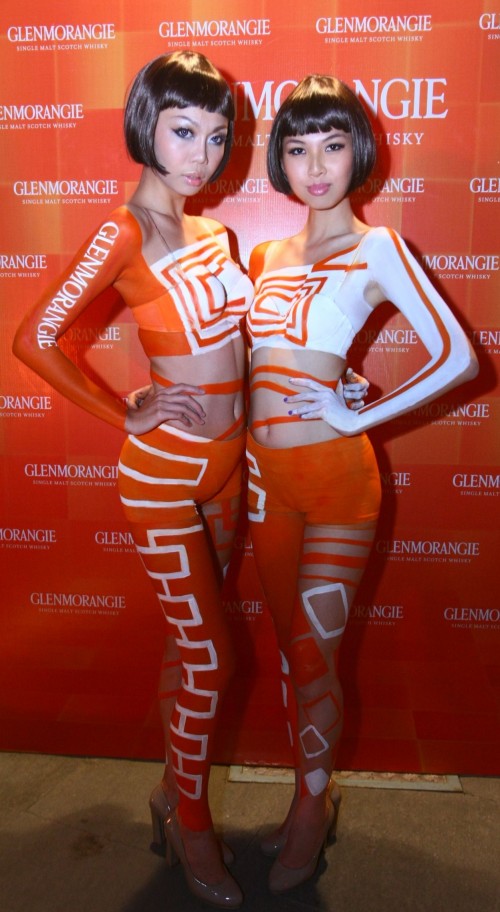 The Pool party was very orange, titled Retro Funk. There was also a special mix of Glenmorangie with orange peel. (glenmorange’s taste profile includes citrusy notes) – the Zest Serve, a sculptural serving stand which creates an infusion of orange zest with the whisky.

I prefer it as it is. 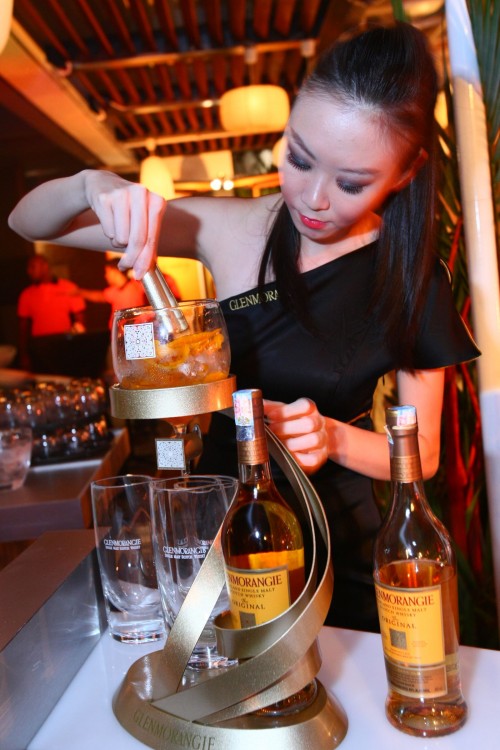 A couple of people including the MC got dunked into the pool! Dats why u have a pool-side party – u gotta have some swimming. 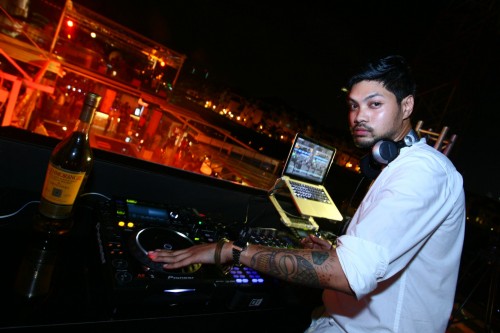 This was followed by another gig a few weeks later – the Soundform Fluid Bar Showcase, @ the North Atrium of Gardens. The specially-designed bar by architect and interior designer Philip Michael Wolfson  is supposed to represent the flow of sounds when Glenmorangie is poured into a glass.

It’s a striking design, with built-in speakers that really kick some bass. 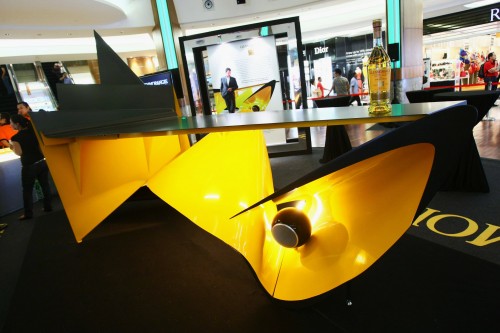 Mixologist Ben Ng was in the mix, giving tasting sessions. It was strange but nice drinking in d middle of a mall, among shoppers. 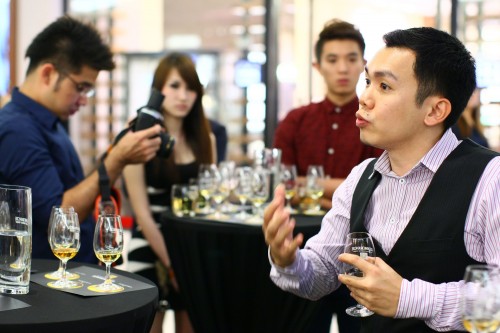 The party soon moved upstairs to Vertigo, where a couple of guys in NASA suits were on decks, Manufactured Superstars.  They rocked d house, the crowd had a blast. 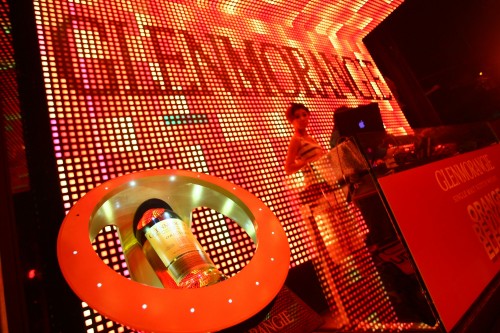 Glenmorangie is actually the best-awarded single malt in 2011’s International Wines and Spirits Competition (IWSC). Their whiskies have won a grand total of 18 ‘Gold Best in Class’ medals over the past five years at the IWSC.

No wonder it’s a popular Scotch, and now with its rockin parties, pretty cool as well. 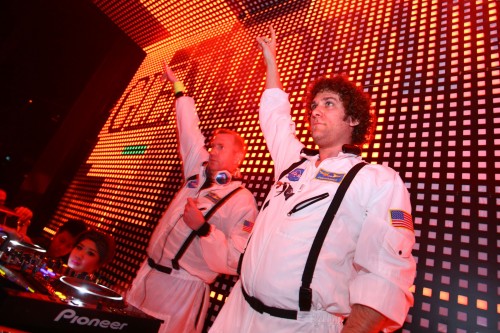 One thought on “Glenmorangie rockin’”