Flavours magazine asked if i wanted to be a judge in a wine-tasting panel.

This is what’s known as a hypothetical question, cos it dont require an answer.

This session was pretty specific – a blind-tasting focused on wines below $80 (retail). BTW blind-tasting dont mean u get blindfolded.

So at 2pm a few days ago, there were four glasses of chilled whites staring at me. Seemed like a sweet deal for a Monday afternoon. The tasting notes chart, where i fill in my comments & ratings, looked like it had many sheets. Hmmm. I assumed we will try about 10 wines, tops.

Bread and a water bottle were the other accompaniments. 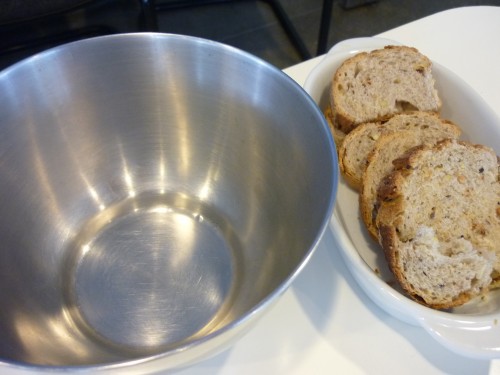 Yea, u stay empty. Just get dat bowl outta here! Reminds me of a bed pan

Yea, spit bowls are for pussies.

But then i was told that we had to go through goddam 28 wines! Huh? Insanity! I want my money back! 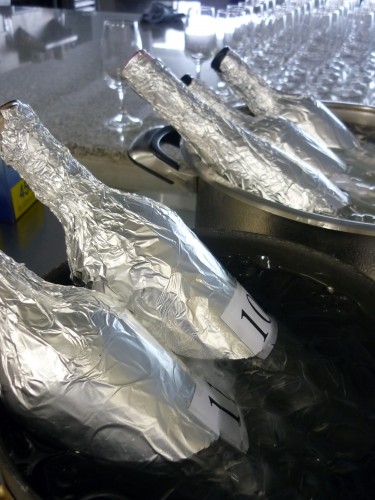 Anyway, the first four wines went pretty quick. They were chardonnays, followed by several sauvignons. Penfold’s Rawson Retreat Riesling was good. A nice blend of fruitiness and acidity, plus a pleasant, mid-length finish.I could hear mumbled curses from another judge right around wine number 10. Maybe coz it was sweet. Thing is i did expect it to be a lil sweet, and in fact luved it!

I later found out it was a white zinfandel, by Delicato of California. The awesome colour is what grabs u at first (i scribbled into d review comments – “A beautiful deep orange-red – would love to have my V-dub in this colour”.) Haha. It’s got a candy-like nose. If u like something slightly-sweet with a light sherry-like finish, dis is d one. Can be drunk at any time. 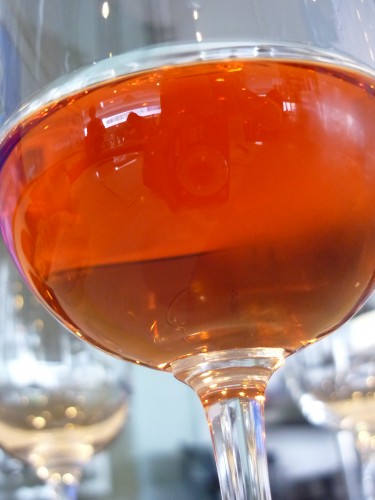 Me like dis Delicato. And received a bottle to take home. Thanks Suzanne

.At wine 13, i realized i was quite buzzed! Gosh. Only like halfway. There goes gym plans!

Then i was staring at these: 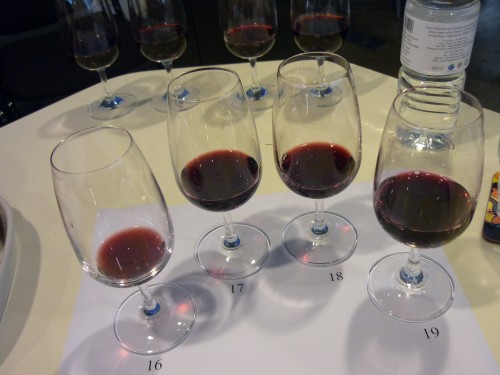 The army of reds attacked – there were seventeen to go thru.

Fuck. My commitment to the cause ‘swayed’ a little.

I leaned back into the chair, took a breath and assessed my situation. Intense. Would i be able to write any sense into d tasting charts?

What did i say about spit bowls earlier?? Dam. Hmm, how do i always get myself into this kinda mess?

I was soon back on track, knockin ’em back. There were some real smooth reds – the Delicato Cabernet Sauvignon and Jacob’s Creek‘s Shiraz Cabernet Sauvignon notably. Straight-forward easy reds dat would go well with most meals, as not too overpowering or bold. Should suit all casual drinkers.

But at 20, confusion starts to kick in. They all start smelling d same. I dont know what notes to write! I feel like i was a confused kid in an exam. I bet the deep breaths i took of d reds also got me high.

Other ones i liked were the Kilikanoon The Lackey Shiraz and Penfold’s Koonunga Hill Shiraz Cabernet. Easy-drinkin wines, plesantly surprising, considering under $80. Very suitable for parties too.

OK la i guess. Most wines i liked came from wineries dat have won awards.

If u wanna read my personal version of ‘wine language’, click here! 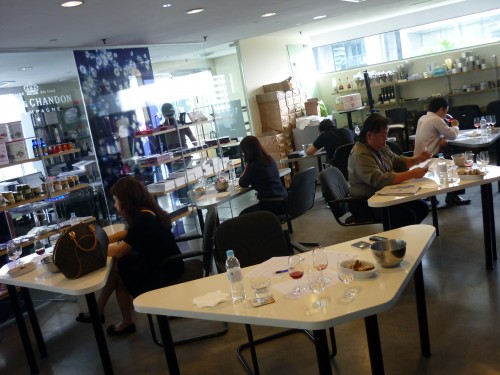 .I sat there for almost three hours, sipping away all d time. Eventually my notes were a lil messed-up. Missed a couple of entry columns too. By 5pm, i was THERE.. 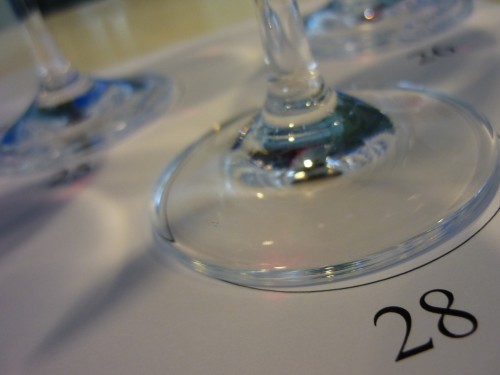 .So i took the complimentary bottle of Delicato to Sid’s and had it right away.

I hope d top 5 wines that i submitted to Flavours for publication purposes weren’t like 20 bucks. Haha. Would say something about my taste!

4 thoughts on “An intimate afternoon with many many vinos”