After ma man Homey died last year, I was not keen on taking care of another dog. Need some time off and shit. 13 years was the longest duration that i had a dog by my side.

Anyway, i recently met this fella, who looks a lot like Homey. It belongs to someone who lives a few streets away, but he likes hanging out at my area. I assume he’s one of Homey’s kids. 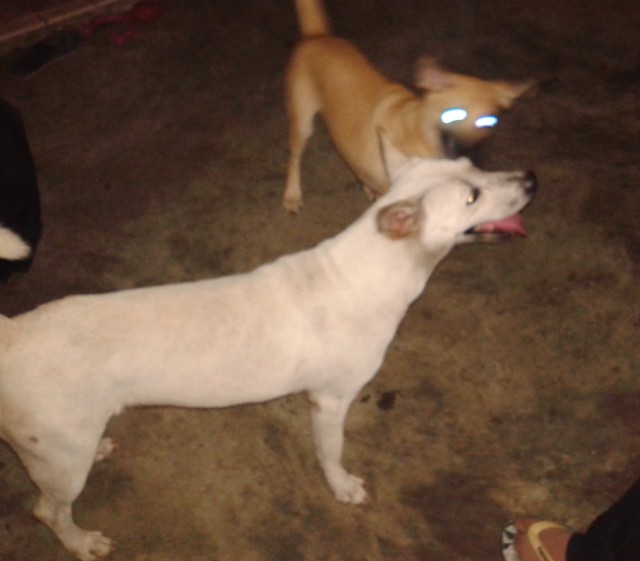 He’s the one in white After a few days, his humans stopped looking for him, so its all good now. Not very committed, are they? Pricks.

I figured since he’s Homey’s kid, I have a right to him. Also, it helps sooth the pain of losing Homey.

His name is Monkey. He’s a pretty cute fella eh?

Update:  This was an April Fool’s joke. Am no dog thief!

One thought on “My new dog”