Its really rare that u ride a bus that takes u from bar to bar for free drinks all evening! That’s what i did in conjunction with St Patrick’s.

It was the Malone’s Bus Tour, a bar crawl dat began at Malone’s The Curve, on to Malone’s KLCC, then Pavillion, and finally Malone’s Sentral for a full-on St Patrick’s party. Phew! Nice. 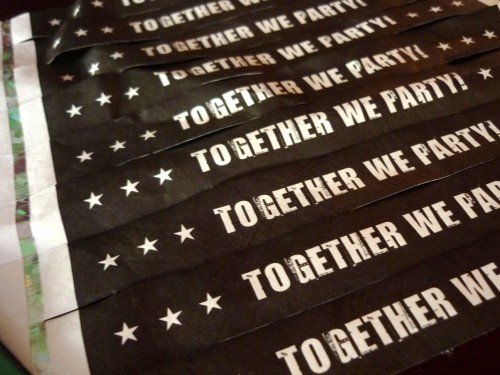 It was a sweet deal. 100 bucks for free Guinness Draughts at all four Malone’s outlets, and some food too.

As i was concerned about downtime in between bars, I did expect draught on d bus too, but at least there wuz ice-cold Guinness FES. 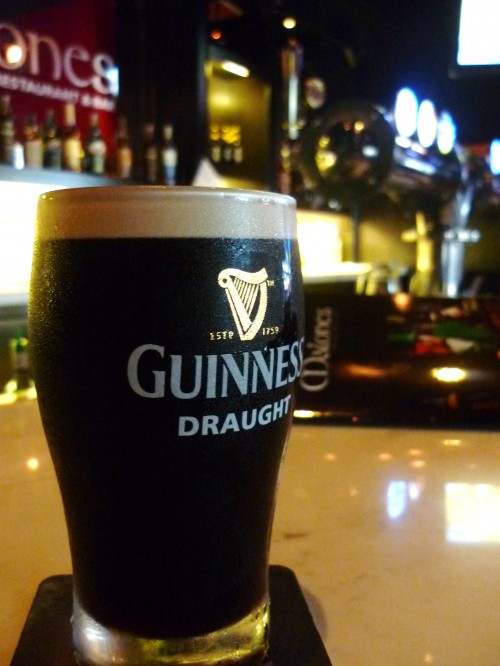 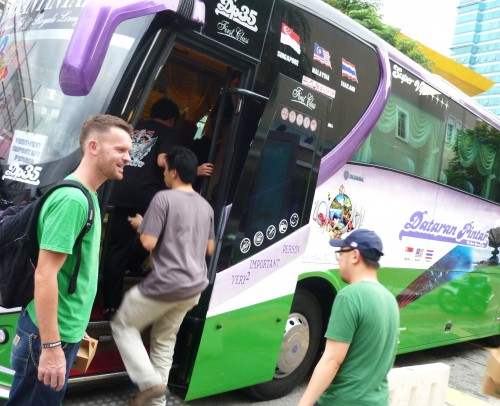 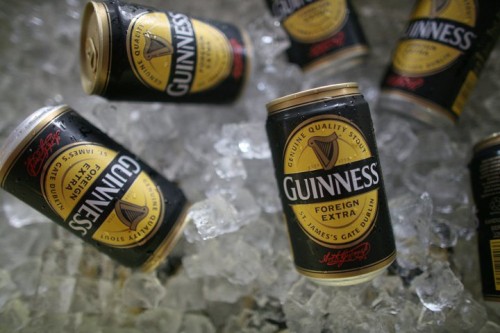 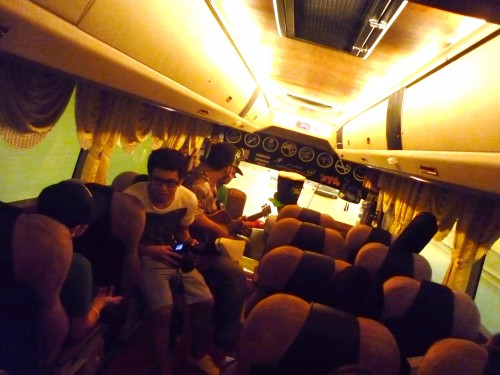 The party bus had a musician to entertain on board, Arif 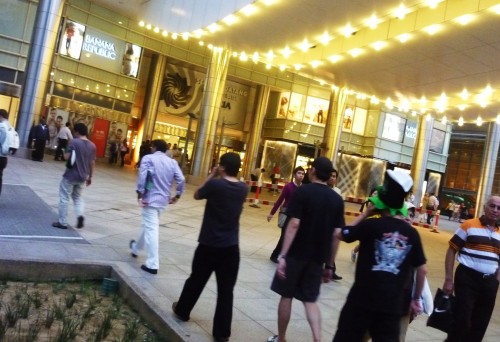 The intoxicated mob charges into KLCC 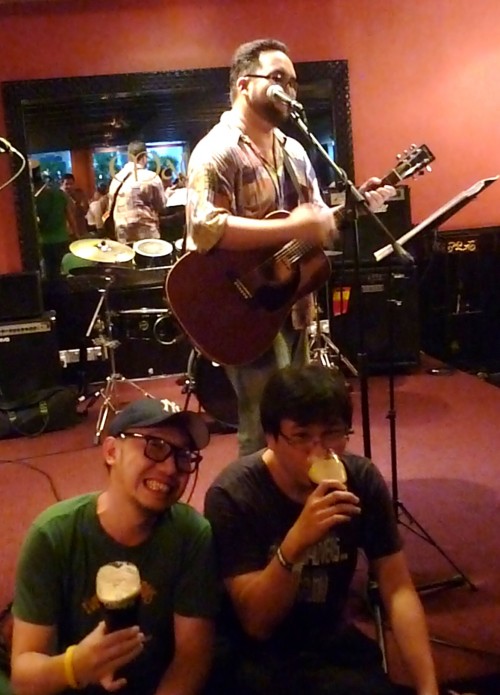 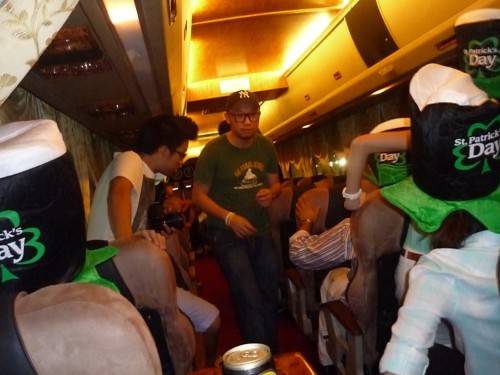 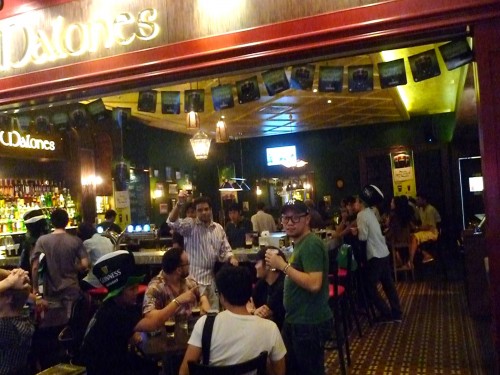 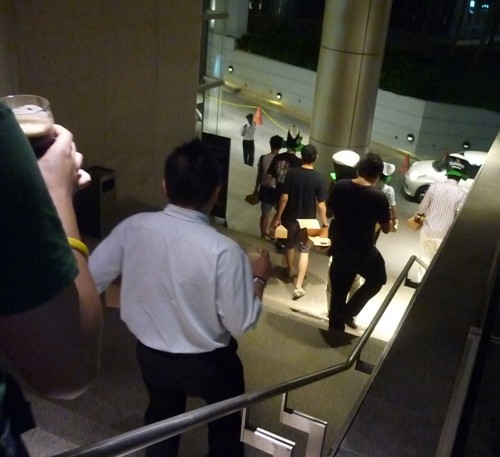 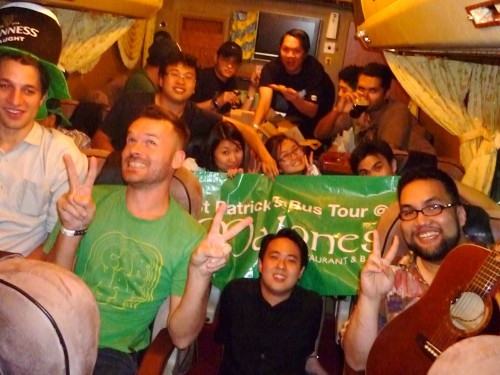 It was a unique experience and I had a great night. Malone’s might even do it again. 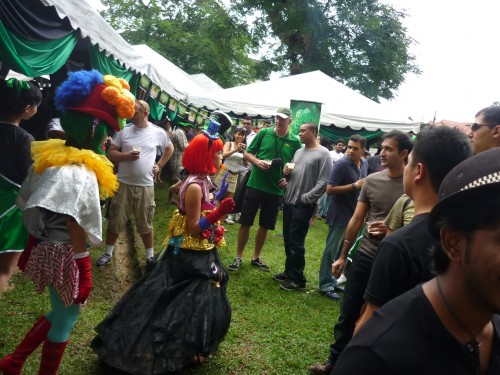 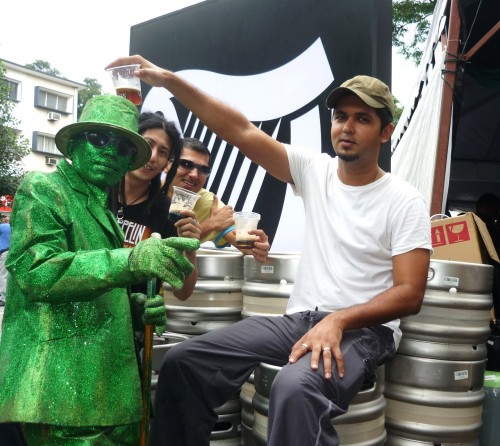 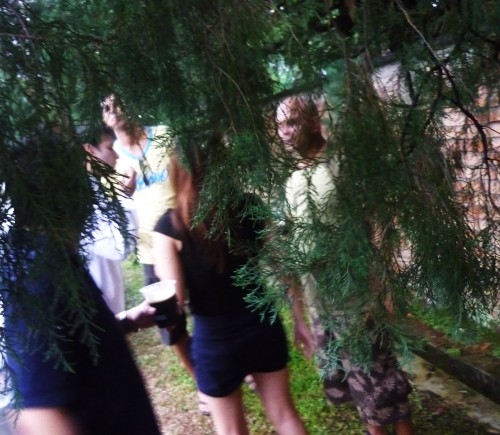 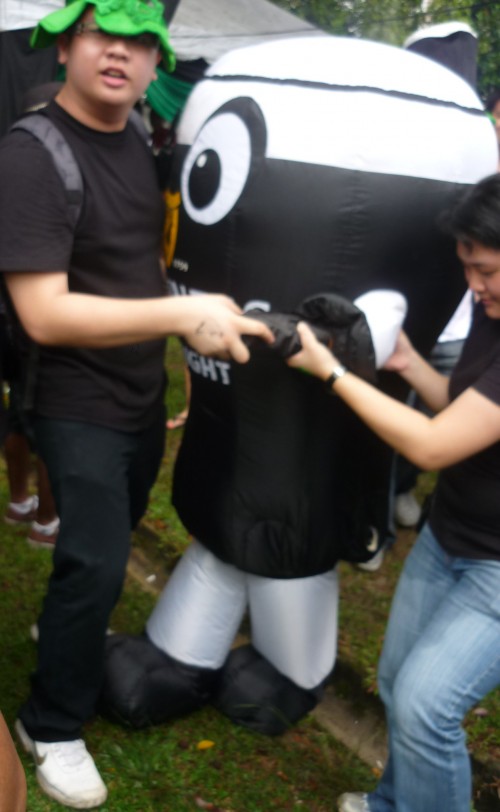 Guinness pint got high on his own supply 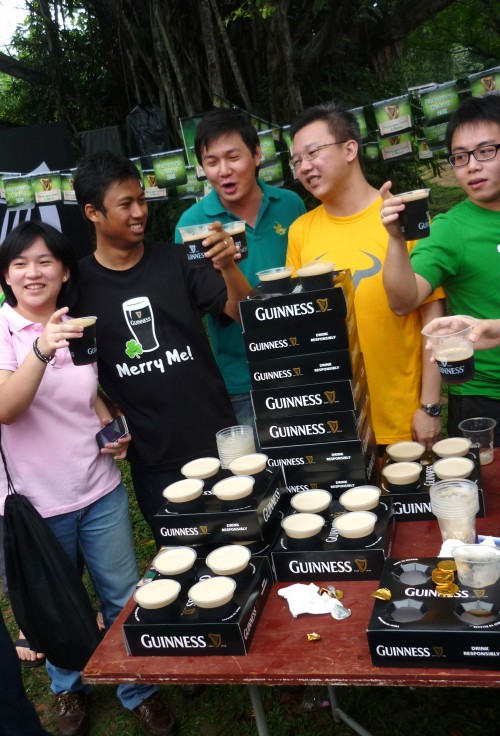 One thought on “Booze bus!”