The default beverage, but surprisingly not many Sumatrans drink it. They prefer the cheaper local moonshine

Landed in Medan but was on da road most of d time for work with my local contact Heri. Started well, as dinner at his place was ubi leaves and babi panggang. Awesome shit! Thin strips of lean charcoal-bbq pork.

Lots of them in north Sumatra are Christians. 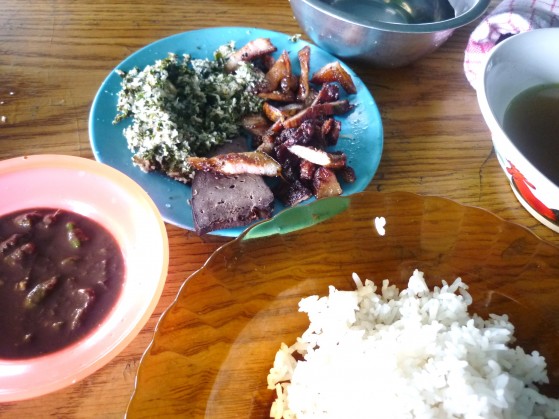 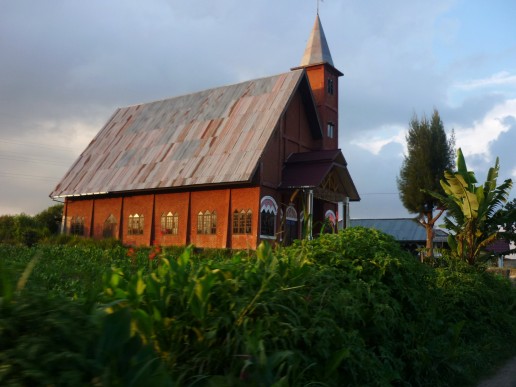 Probably more churches there than here. In every village 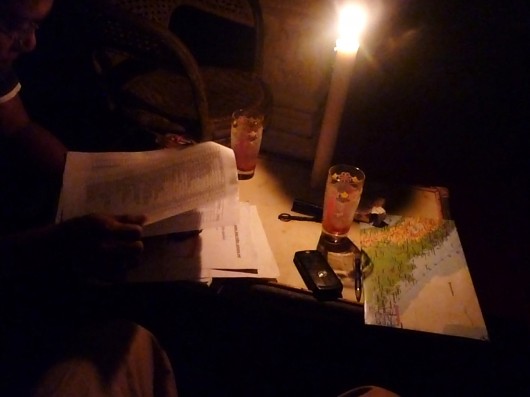 We headed south to Berastagi, up in the hills at 2,000m+ above sea level. Nice. 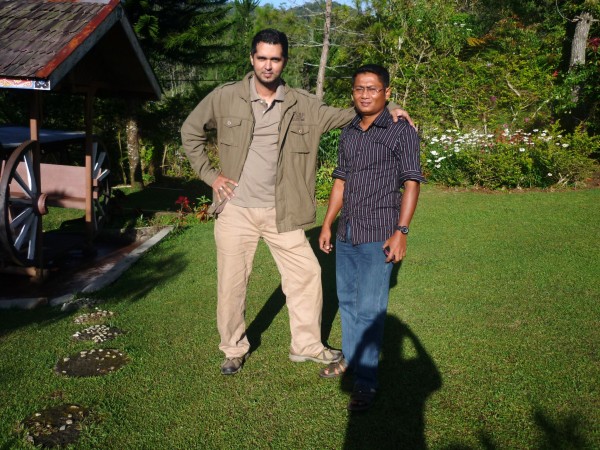 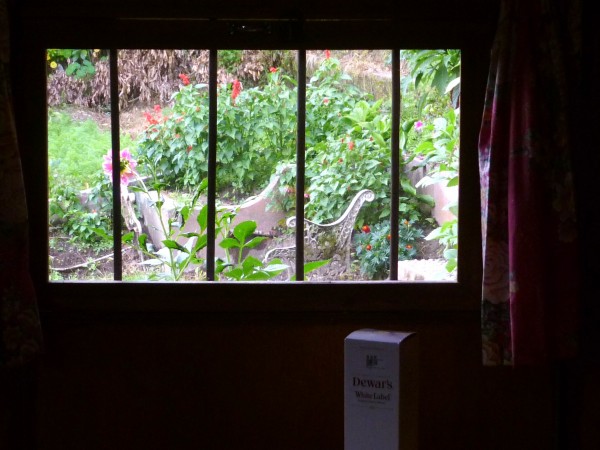 View from bed, with accompaniment for d cold night in white box 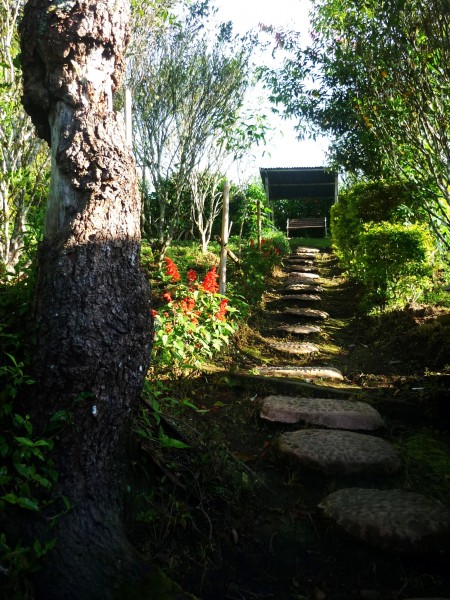 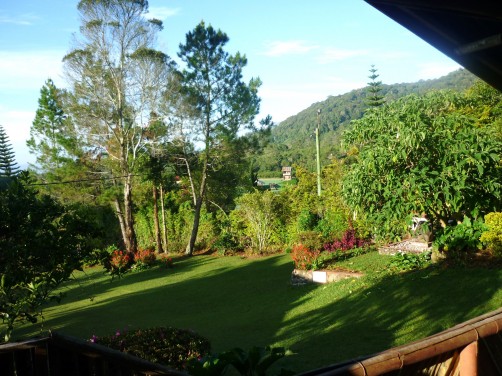 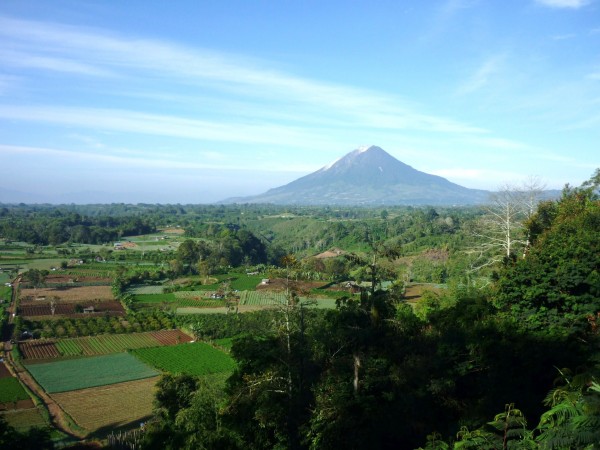 One of the three mountains near Berastagi

Berastagi is the only place i liked among all the ones we were at, like Kabanjahe, Medan & Siantar. 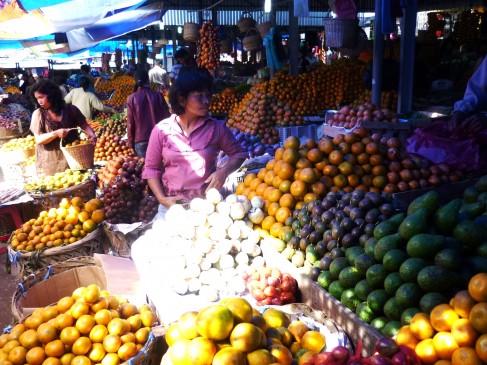 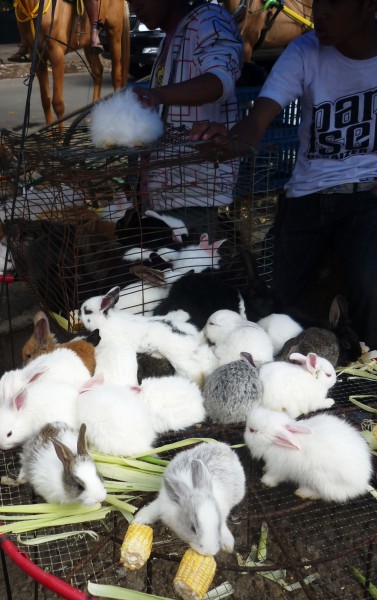 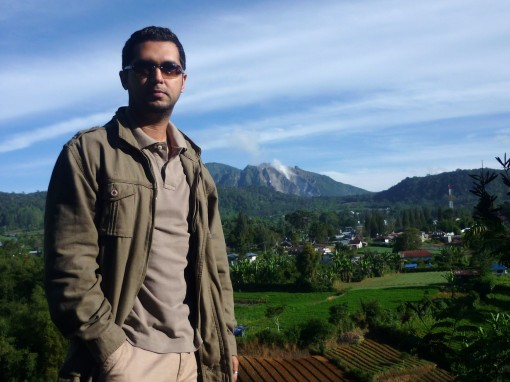 Poser. The mountain at d back is volcanic, and was brewing clouds of vapour 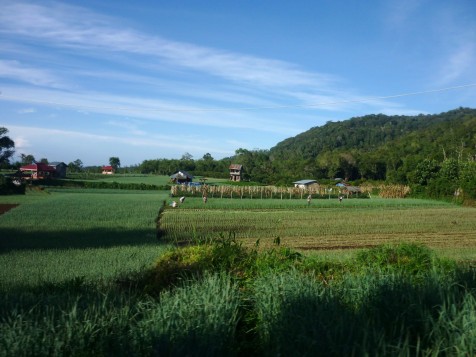 Pretty tiring being on d road so much. The dust, heat, noise, diesel smoke, etc gets to u. There was a point on d road where we didnt shower for two days! Dirty cowboys. So dam good to see a mirror & a proper toilet when i got back to KL! 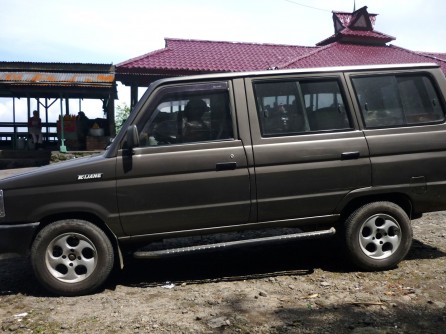 Our ride for d trip, aka The Tank

Of course no trip is complete without sampling the local talent. They got sumin called tuak there. Had it during a bbq at Heri’s chicken farm. He’s got 10,000 birds almost ready to be sold & slaughtered. So they just grabbed a few to burn. 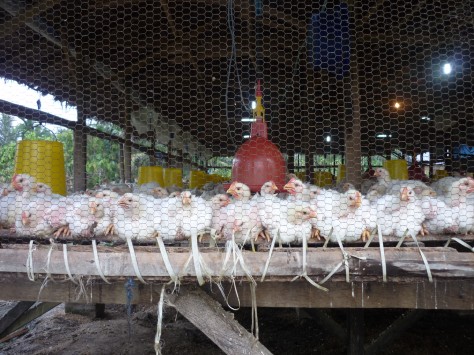 Chicas lined up, to layan the sunset i guess 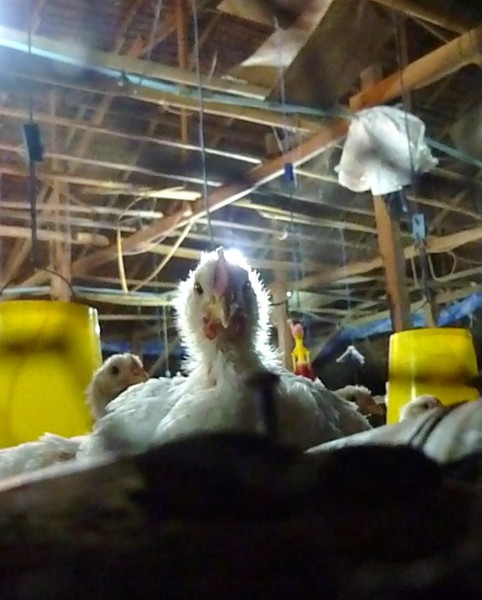 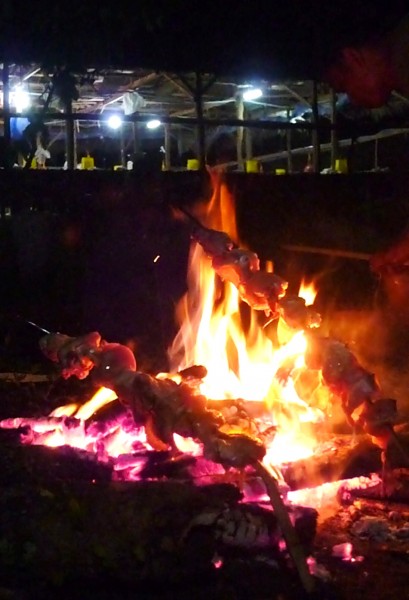 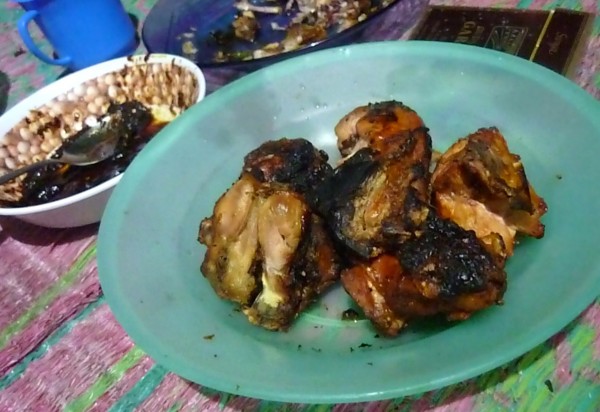 Not a good combo. I switched back to Scotch. 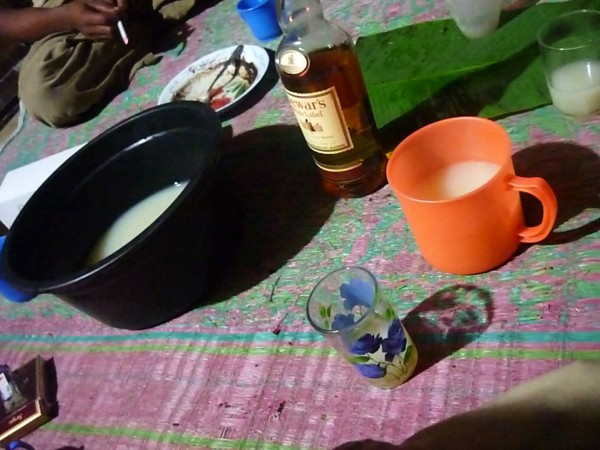 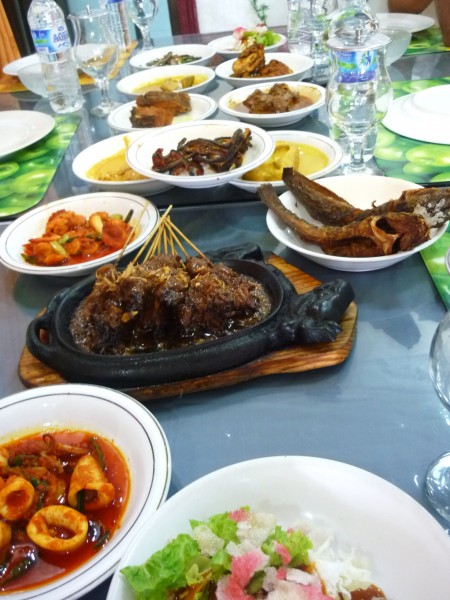 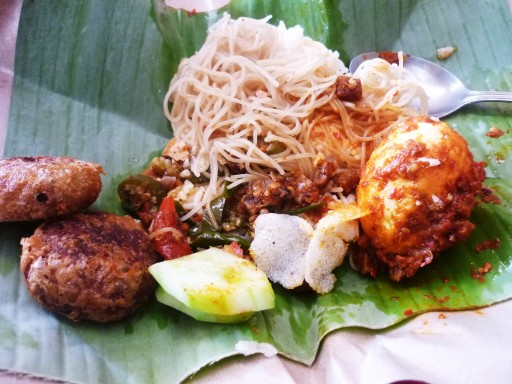 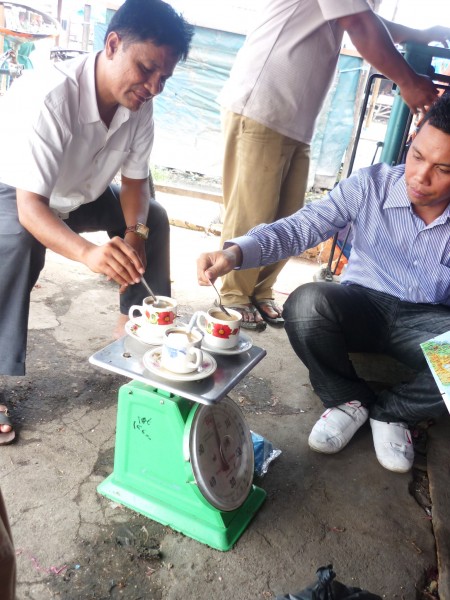 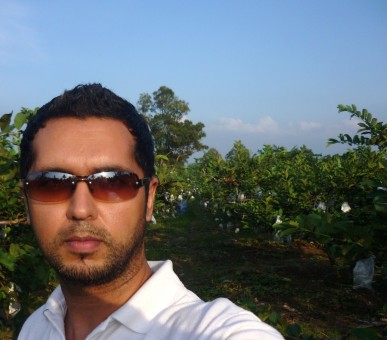 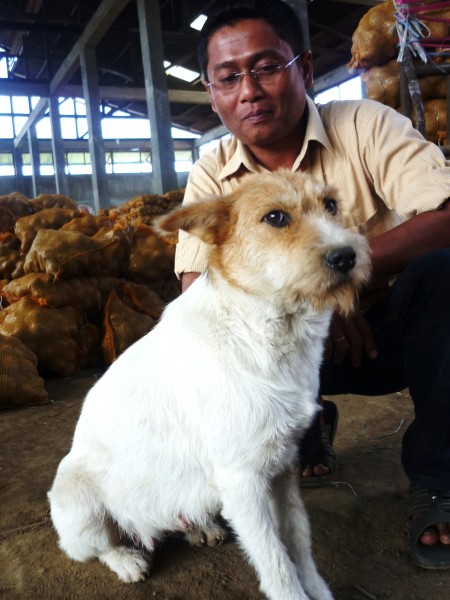 Heri with a new buddy . Maybe coz of d cold weather, all dogs in Berastagi are furrier 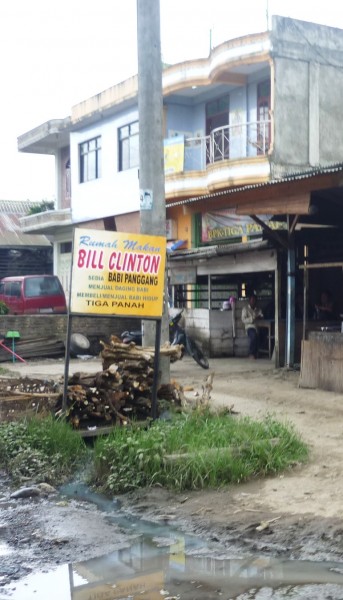 Even ol' Bill is in on the babi panggang gig

6 thoughts on “Sussin out Sumatra”