… is a goddam bitch. It’s defined as the first piss u take after many drinks, and henceforth u gotta piss every 15 minutes. ITS FUCKED-UP SHIT.

Urban Dictionary has a reasonable definition.

Watever the cause, its fuckin irritating. Sometimes it makes me wanna piss into an empty bottle under d table. It aint so bad for guys tho. We could always take a walk outside n fire away. And guys can piss anywhere on the way to & from a pub or bar. Car parks, trees & drains are a fave.

In fact, i’ve thought of creating a disposable piss adaptor that chicks can wear over d groin, so they too can piss anywhere while standing up. How ladies? Interested? Its fun.

Well, cavemen/women had it easier.

And at least there r no queues at guys toilets. If i was a girl, i probably wd have pissed while in queues many times by now. I guess chicks got better holding power, since they can like give birth n shit. Respect.

Its worse with outlets that dont have d goddam decency to provide a toilet, like the glorified mamak, Laundry.

The human bladder is about 5in by 3in, and has a max capacity of about 800ml – one liter, or at least one bottle of wine, but we tend to have the urge from 200ml. 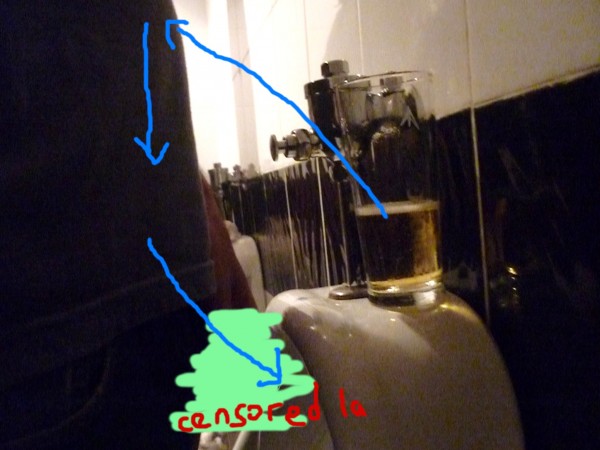 Holding piss in is one of the biggest side-effects and problems associated with drinking. (Other than not remembering what happened of course.) We ALL know how good it feels when u finally let go. In fact, its almost orgasmic.

Why does this happen tho. Why does the first piss open d floodgates? Any scientific explanation?

Anyway, from my research, there are a few theories.

One says “If you have to pee that much sooner as you continue drinking, it may be that you are simply less able to control your bladder, the drunker you become. I’ve seen drunks pee their pants without them even knowing it.”

Wat u talk? Our bladders also get drunk??

U can checkout how some medic school geeks study the issue at this blog. Too techy for me.

The best answer? “Because alcohol inhibits the hormone that helps your body hold onto water (it’s called ADH, or anti-diuretic hormone). So your urine output increases rapidly, out of proportion to the amount you drink, and your bladder fills up quicker and quicker. This is how you get dehydrated despite the fact that you are taking in fluids. Short answer – you are making more urine (more than d liquids u consume). It has nothing to do with the mechanics of the bladder.”

Thanks Einstein. But u didnt give a solution, did u asshole? Pop some ADH pills? 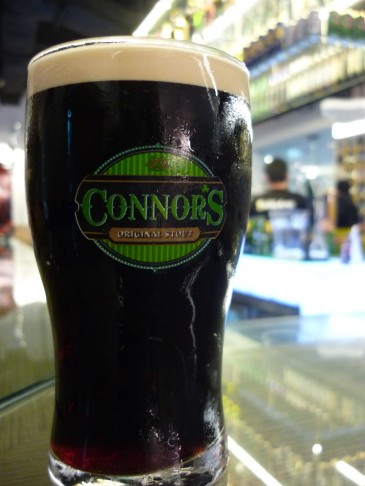 Even when u drink LITERS of black shit, your piss comes out clear right away. Where does all that black go??

My only solution – have a good piss as soon as i arrive at d drinking spot. So it takes a lot longer before i gotta break da seal. Coz drinking less is outta d question.

In fact, drinking while pissing is niice. (Though it seems like ur wasting booze – it feels like its goin straight from throat to bladder to urinal.)

Also, u got a sterile, nice-tasting liquid to wash up with. Cool.